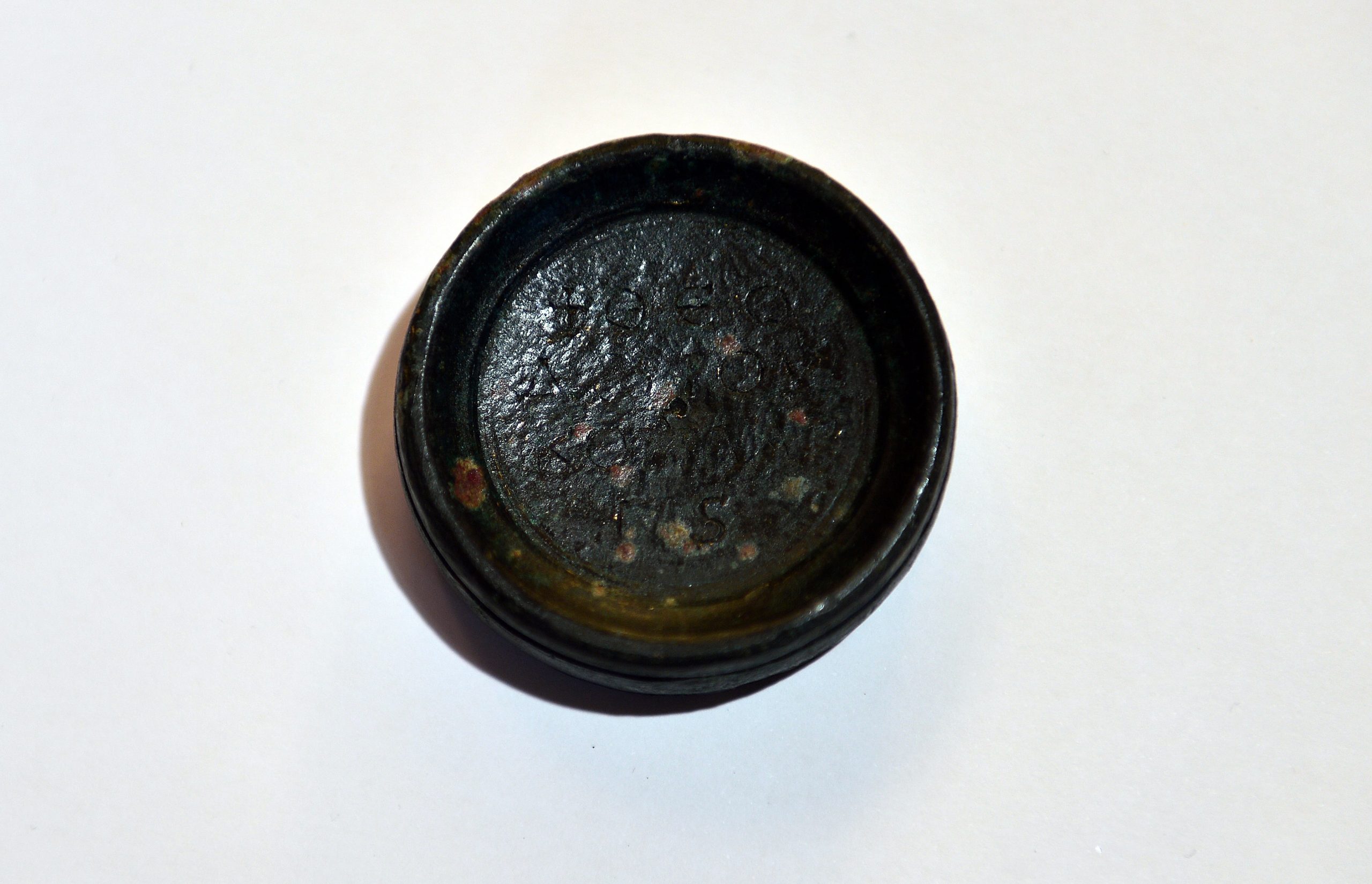 Archeologists have discovered a 1,600-year-old steelyard weight during excavations in the ancient city of Hadrianopolis, located in the Eskipazar district of Turkey’s northern Karabük province.

The city of Hadrianopolis in the modern province of Karabuk is believed to have been used as a settlement area in the late Hellenistic, Roman, and early Byzantine eras. This year’s excavations focused on the emergence of a square structure, Karabuk University archeologist Ersin Celikbas, who is supervising the excavations, told Anadolu Agency.

The 1,600-year-old steelyard weight – used as a counterweight in steelyard balances – was unearthed in the square structure, which was uncovered 50 meters (164 feet) south of an ancient church during excavations. Arrowheads and masks were also discovered during the dig, said Çelikbaş.

He said that the steelyard weight is disc-shaped with an inscription saying, “Theodoros, an official in charge of the imperial treasury,” a marking that tells scholars a great deal about the artifact and its setting.

According to Çelikbaş, being “in charge of the imperial treasury” denotes the center of the Byzantine Empire – namely Istanbul, known as Constantinople before it was conquered by the Ottomans in 1453.

“From the weight we have, we can say that there was an important trade network in Hadrianopolis,” he said.

“This is important data proving that commercial elements were supplied from the capital of the empire here,” he added. “The weight we have belongs to the fourth century B.C., which indicates about 1,600 years ago from the present,” he explained.

Excavations in Hadrianopolis over the last year have uncovered structures such as two baths, churches, one defense structure, tombs, an amphitheater, one arched and domed structure, a monumental cultic niche, city walls, villas, and other monumental buildings.

The ancient city is famous for mosaics on the floors of churches, where the biblical rivers Gihon, Pishon, Tigris, and the Euphrates, as well as many animals, are depicted, such as horses, elephants, panthers, deer, and griffins – a legendary creature with the head of an eagle and body of a lion.

Any movable artifacts found in the excavations city are taken to the museums in the surrounding provinces, while they are cataloged and preserved, said Celikbas.

The 1800-year-old iron mask, which was recently unearthed in the ancient city, was seen as evidence of the first military base of the Roman period in the Western Black Sea Region.