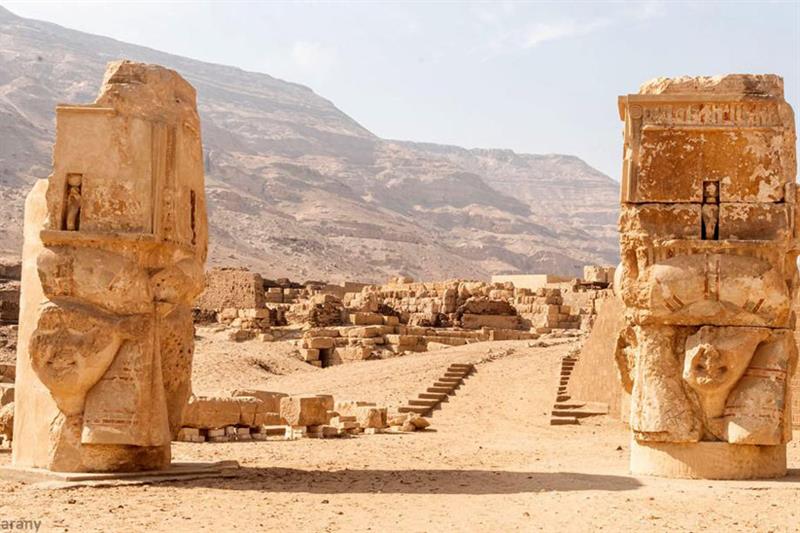 The Egyptian Ministry of Antiquities and Tourism announced that a German-Egyptian mission at the Al-Sheikh Hamad archaeological site in Tel Atribis, Sohag, discovered a collection of 13,000 ostraca (clay vessel fragments) with engraved text in demotic, hieratic, Coptic, Greek, and Arabic.

Atribes is one of Upper Egypt’s ancient archaeological cities, located on the western bank of the Nile near the desert border, about 7 kilometers southwest of Sohag. The name comes from the ancient Egyptian term (Hout Rabit), which means goddess Rabit’s throne. Then it became “Atryps” in Greek and “Atriba” or “Adriba” in Coptic.

The texts are written in Demotic, hieratic, Coptic, Greek, and Arabic, and mostly relate to financial transactions, according to Mostafa Waziri of Egypt’s Supreme Council of Antiquities.

He stressed the importance of this discovery as it provides an opportunity for researchers to study the economic life of the city of Atribes, and the dealings of the city’s residents during its ancient times, as well as highlights the importance of the archaeological site as the second most important source of the discovered ostraca after the site of Deir al-Madina west of Luxor.

These writings refer to the financial transactions that took place during this period, related to buying wheat and bread. It also contains lists of the names of a number of people and their families.

Christian Latis, head of the German mission, explains that archaeologists are now studying the ostraca in order to learn more about the activities of the area’s past inhabitants.

Mohamed Abdel-Badia, head of the central department for Upper Egypt, revealed that the mission has also found a collection of ostraca that date back to the Roman or Byzantine eras.

Atribis was one of the ancient towns of the nine nomes of ancient Egypt. It is located on the west bank of the Nile southwest of Sohag city.