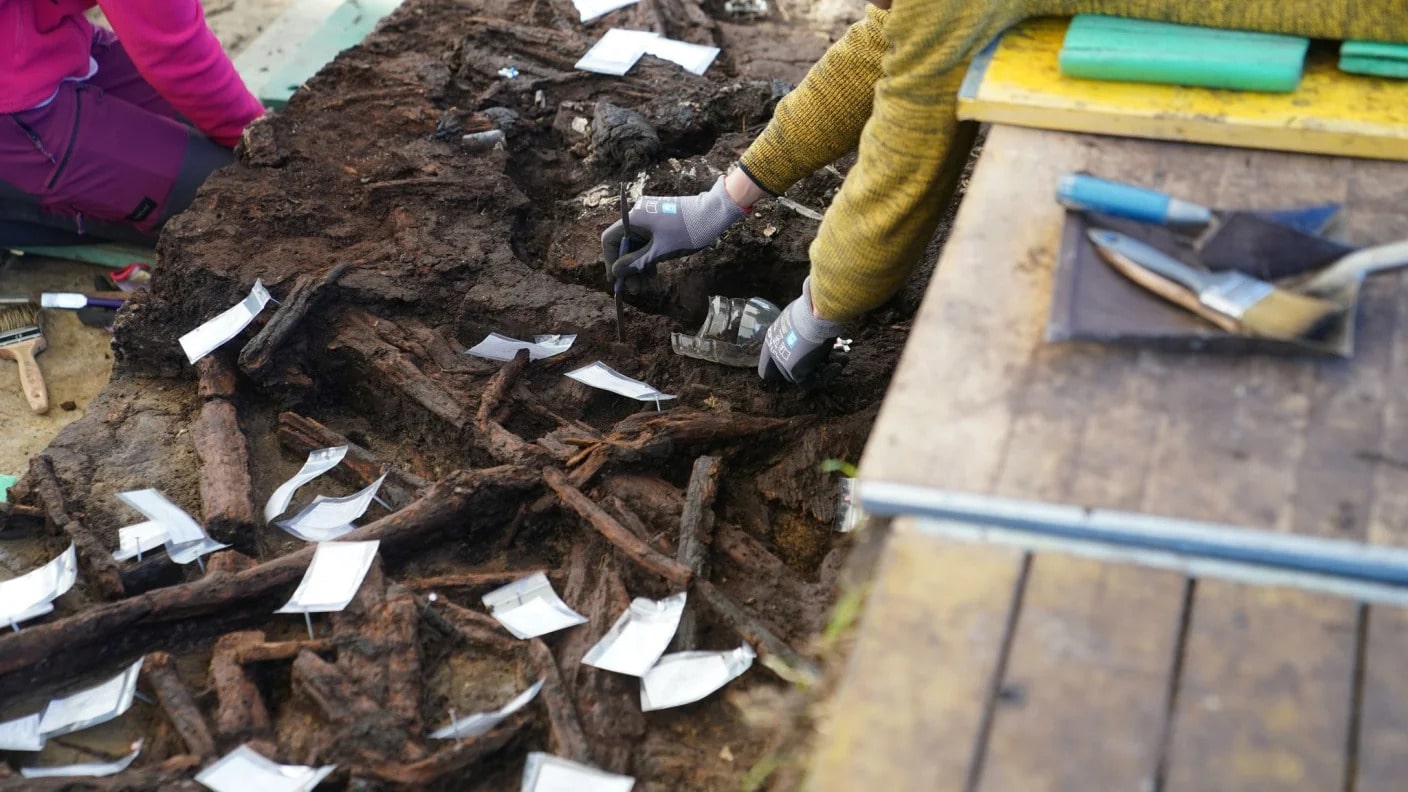 Archaeologists have discovered the oldest known human remains in northern Germany in a 10,500-year-old cremation grave in Lüchow, Schleswig-Holstein.

The remains were discovered in the Duvensee bog, a prehistoric inland lake that contains more than 20 Mesolithic and Neolithic archaeological sites.

The bog’s anaerobic environment preserves organic remains, including burned bones, but there was so little left that it wasn’t until the team discovered a human thigh bone that they were able to confirm they had discovered a burial.

Burials of hunter-gatherer-fisher people who lived in Europe during the early Mesolithic period are extremely rare. Mesolithic burials have previously been discovered in northern Germany and southern Scandinavia, but only from the Late Mesolithic period (7th-6th millennia B.C.). The only burial that was comparable in time was discovered in Jutland, Denmark. It, too, is a cremation burial, an indication that cremation may have been the preferred method of burial among Mesolithic hunter-gatherers.

Several bone fragments that were not completely charred were found during the excavation. Excavation director Harald Lübke hopes to recover archaeological DNA from them. The entire grave was raised in a soil block for additional excavation and laboratory study.

Archaeologists have been excavating Duvensee Moor since 1923 and have also discovered the shelter of Stone Age hunters and gatherers.

The oldest known North German raises a lot of questions. For example, according to the circumstances of death. In the case of burned bones, it is difficult to determine the cause of death, says Harald Lübke.

For archaeologists, the entire Duvenseer Moor is a hotspot. “We’ve only opened a new door here at the moment. But behind it, there are only dark rooms at the moment.” Due to their spectacular cremation find, they will probably continue digging there in the coming year.