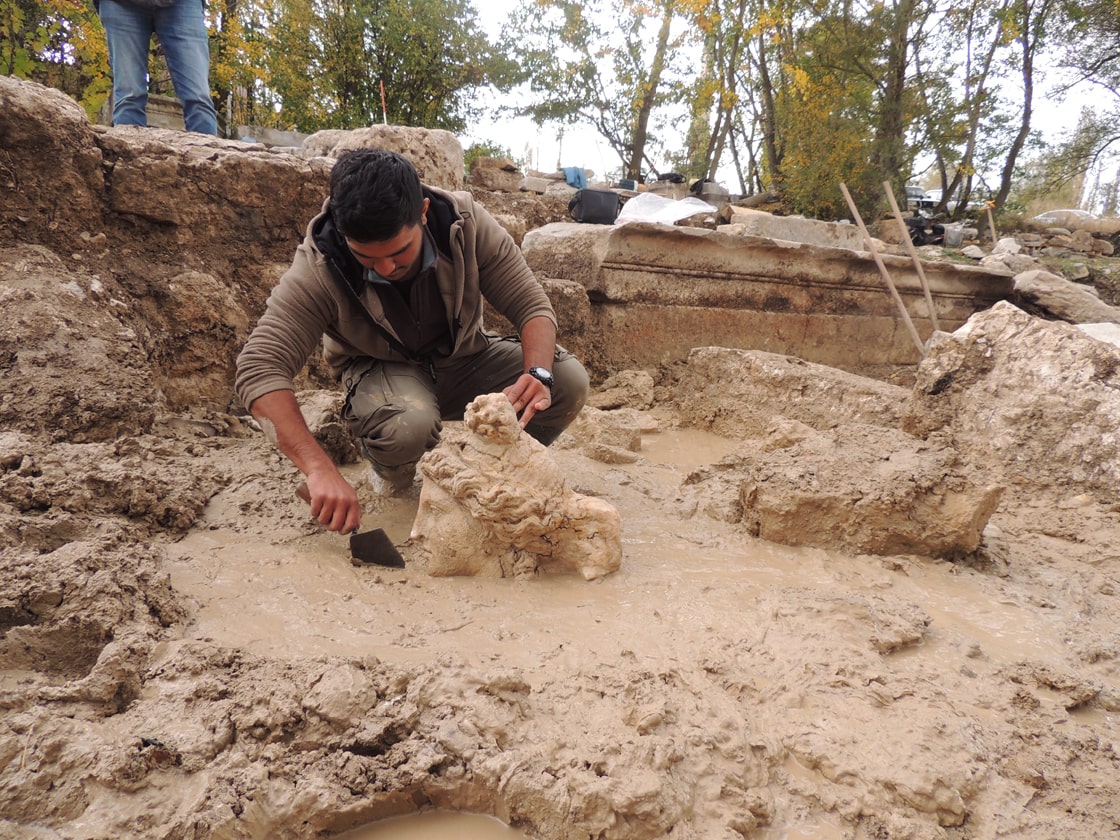 The statue heads of Aphrodite, the goddess of love and beauty, and Dionysus, the god of wine, were unearthed in the excavations of the ancient city of Aizanoi, which has a history of 5,000 years, located in the Çavdarhisar district of Kütahya.

About the statue heads of Aphrodite and Dionysus, which were unearthed during the excavations in the Penkalas (now known as Kocaçay) tea bed in the ancient city of Aizanoi, the excavation coordinator, Dumlupınar University, Faculty of Arts and Sciences, Archeology Department Head Prof. Dr. Gökhan Coşkun gave the following information to the AA correspondent.

“During the excavation in the brook, we came across finds that were surprising to us. These were the heads of large marble statues. One of them is the statue head of ‘Aphrodite’, which is about 50 centimeters high and known as the goddess of love and beauty. The other is the 45-centimeter-high ‘Dionysus’ statue head, known as the god of wine in mythology. In our previous works, we generally found the body of statues, and frankly, we could not find any heads. We were very happy to come across these heads of statues.”

“It giving information about the belief system of the Roman period”

With a history dating back 5,000 years, Aizanoi, situated 50 kilometers (31 miles) from the Kutahya city center, was included in the UNESCO World Heritage Tentative List in 2012.