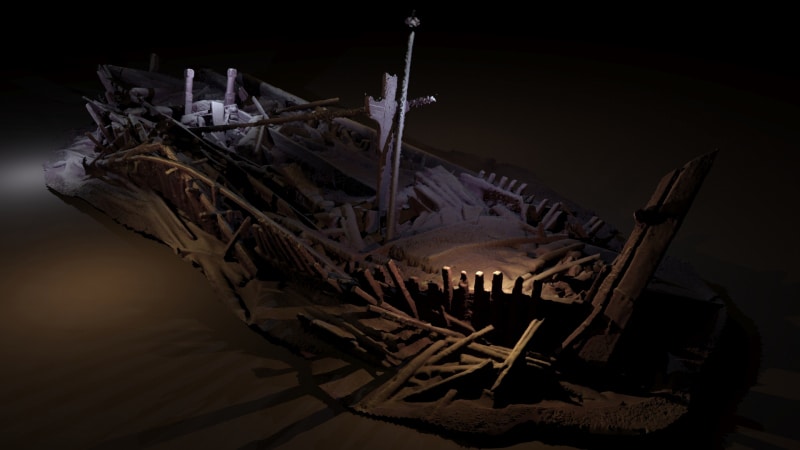 The Black Sea is the inland sea lying between Europe and Asia. Blacksea is located in Eurasia, surrounded by Europe, Caucasus, and Anatolia. The countries that share a border with the Black Sea include Romania, Turkey, Bulgaria, Ukraine, Russia, and Georgia.

The Black Sea has been popular not just because its name denotes a rather inhospitable nature, but also due to a number of features that are surprisingly unusual.

The Black Sea has long been important to the powerful empires which have occupied the region. Its fascinating history has only grown as a team of marine archaeologists has unearthed remnants of these powerful states—a collection of about sixty well-preserved shipwrecks spanning 2,500 years of world history.

Researchers from the University of Southampton’s Center for Maritime Archaeology discovered the “ship graveyard” some years ago as part of their Black Sea MAP project, which was supported by the Expedition and Education Foundation.

The researchers are studying changes in water levels and the effects on ancient humans in the area. Discovering the wrecked vessels was incidental to their main mission.

The wrecks were examined using remote-controlled vehicles (ROVs). Each ROV takes pictures that are subsequently used to build 3D photogrammetry (a sort of visual reconstruction) and video. The attention to detail is astounding, with images of like masts, bows, and engraved decorative wood. The crews investigated roughly 60 wrecks and uncovered Roman, Byzantine, and Ottoman boats.

How have these wrecks survived in such good condition? The answer to their incredible preservation lies in the chemistry of the Black Sea. At about 500 feet deep, the water becomes anoxic or deficient in oxygen. It is also very low light. This is not conducive to the sort of sea life which would normally feed on sunken wood ships. As a result, the intricate carvings of the boats are almost as distinct as the day they descended from the air above.

The Black Sea MAP is sharing its incredible discoveries with the rest of the globe. Involving “advisory” schoolchildren in the research, the team has created educational resources for children and teens While the site of the shipwrecks is kept hidden to safeguard them, a film team has chronicled the last several years’ exploring activities. These revelations will be coming to your television soon, so stay tuned on Black Sea MAP’s website for more information.