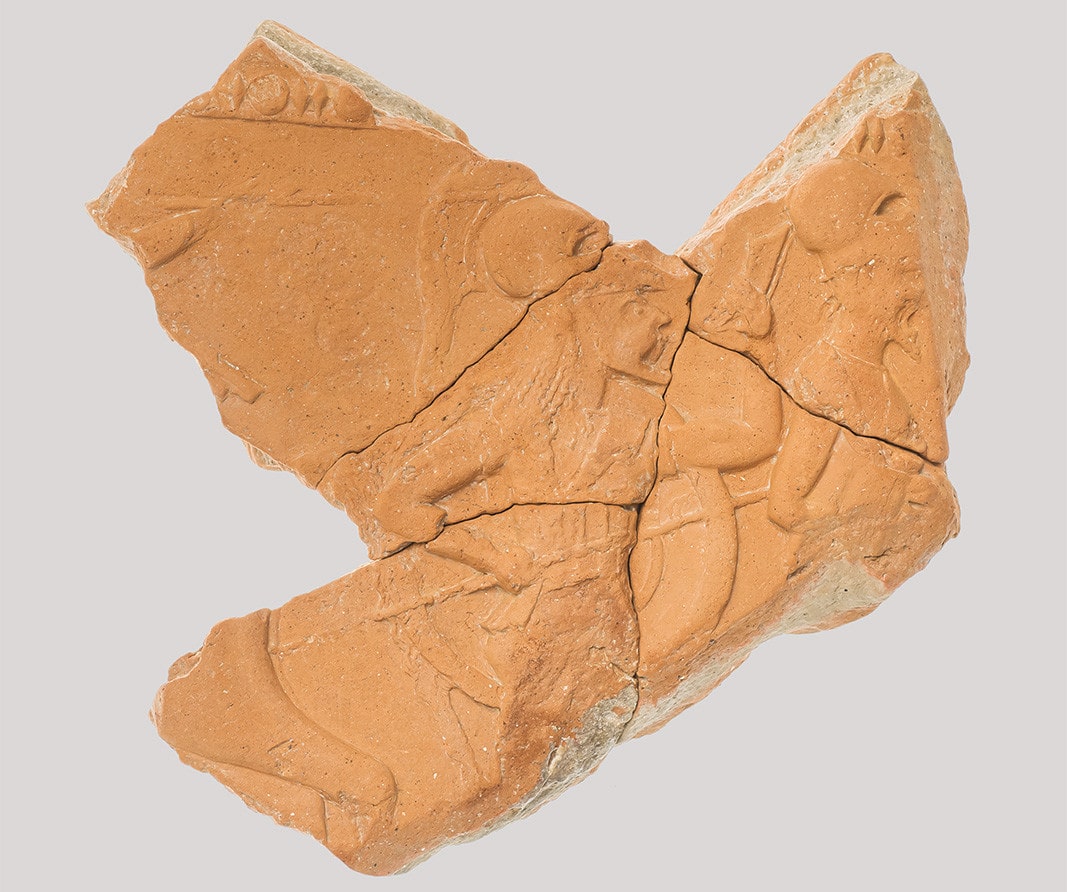 In Sozopol, on the Bulgarian Black Sea coast, a piece of terracotta relief depicting ancient Greek warriors has been discovered.

The newly discovered slab with ancient Greek warriors, or hoplites, looks like a piece of a larger representation, other parts of which were discovered during excavations in 2018 and 2019 in the area of ​​the two temples of the deity Apollo Iatros (“The Healer “). – one from the Late Archaic period and one from the Early Classic period of Ancient Greece – on the island of Saint Cyricus in Sozopol of Bulgaria.

The island of St. Cyricus, more precisely named Sts. The islands of Quiricus and Julietta have rich archaeological structures from the dawn of the settlement of Sozopol, which emerged from the ancient Greek colony Apollonia Pontica on the western Black Sea coast in the 6th century BC.

The fragment is from around 500 BC. and includes two hoplites in the march. They both wear Corinthian-style helmets and armor. The one on the left (the more intact figure) holds a spear in his right hand and a shield on his back. With her left hand, she holds the horn to her mouth. It is a fragment of a larger frieze that once adorned the temple of Apollo.

Other fragments of the terracotta frieze were discovered in 2018 and 2019. A total of 20 fragments have been discovered in recent excavations, all from the same site. Degrand’s excavations also found a fragment of the frieze that is now in the Louvre’s collection along with the rest of the excavated Degrand artifacts. The Louvre section appears to exactly match the newly discovered section, although it is much less worn.