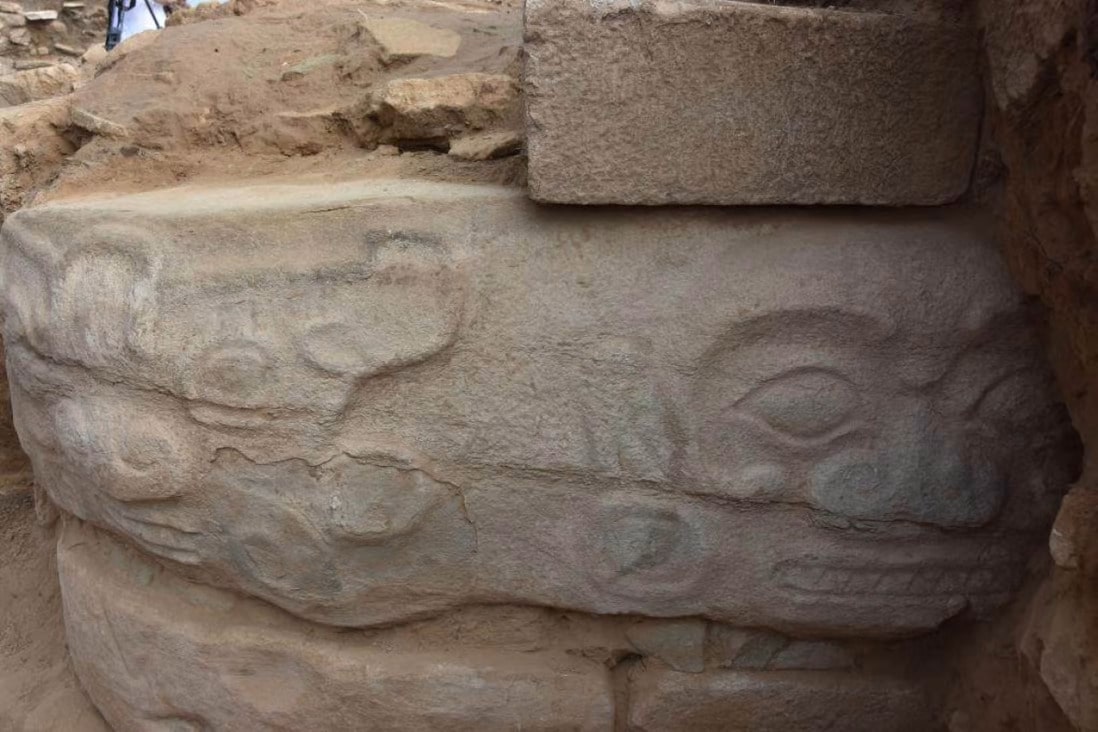 A team of archaeologists say they have found what could be the portrait of a king carved into stone at the foot of the 4,300-year-old Shimao Pyramid in Shenmu, Shaanxi province in northwest China.

Shimao archaeological site is located in the northern part of the Loess Plateau, on the southern edge of the Ordos Desert. The site dates to about 2000 BC towards the end of the Longshan period and covers an area of about 400 ha. The walls at Shimao, the largest known walled site of the period, were originally believed to be a section of the Great Wall of China, but the discovery of pieces of jade prompted an archaeological survey that revealed that the site was of Neolithic age.

The Shimao site is known as the “Pyramid of Chinese Civilization”. It is the largest archaeological site in China from the late Neolithic.

Shimao pyramids, at more than 70 meters (230 feet), is almost half the height of Egypt’s Giza pyramids, which were erected in the same period.

But, unlike other ancient pyramid creations, Shimao had a functional purpose: at the summit of it stood a palace covering more than 80,000 square meters – almost the size of ten soccer fields.

In the palace, various buildings have been discovered by archaeologists, including a garden pool where crocodiles were housed. It overlooked a huge walled city that was 50 times larger than the palace and included stone-built courtyards, roadways, and public squares.

DNA study indicates that the majority of residents of this city were Chinese, but the identity of its ruling elite remains unknown because the ancient civilization appears to have perished suddenly 3,800 years ago, with no record of it in any historical sources.

However, Professor Shao Jing, the Shimao excavation team’s deputy chief archaeologist, told the official news agency Xinhua on Monday that they had just discovered some of the biggest statues at the site – one of which might be a king’s portrait.

It is part of a 2-meter stone sculpture comprising three faces, two of which have been completely unearthed. They are adorned with earrings, their expressions are solemn, and they have slightly protruding eyes and wide mouths with their teeth visible, according to Shao.

“The face on the west side is about 80cm (31 inches) long and 50cm (20 inches) high with a crown on its head. It is the largest single image in the Shimao stone carvings,” the report said.

However, Shao and the team believe that it is the other portrait with “arc patterns on the outside of the eyes” that represents a king.

“The eastern face that has been unearthed appears to be in the centre of the whole group … and maybe the image of the king of the Shimao ancestors,” Shao, from the Shaanxi Academy of Archaeology, was quoted as saying.

At the base of the pyramid, more than 70 stone carvings, including human faces, legendary creatures, and animals, have recently been found.