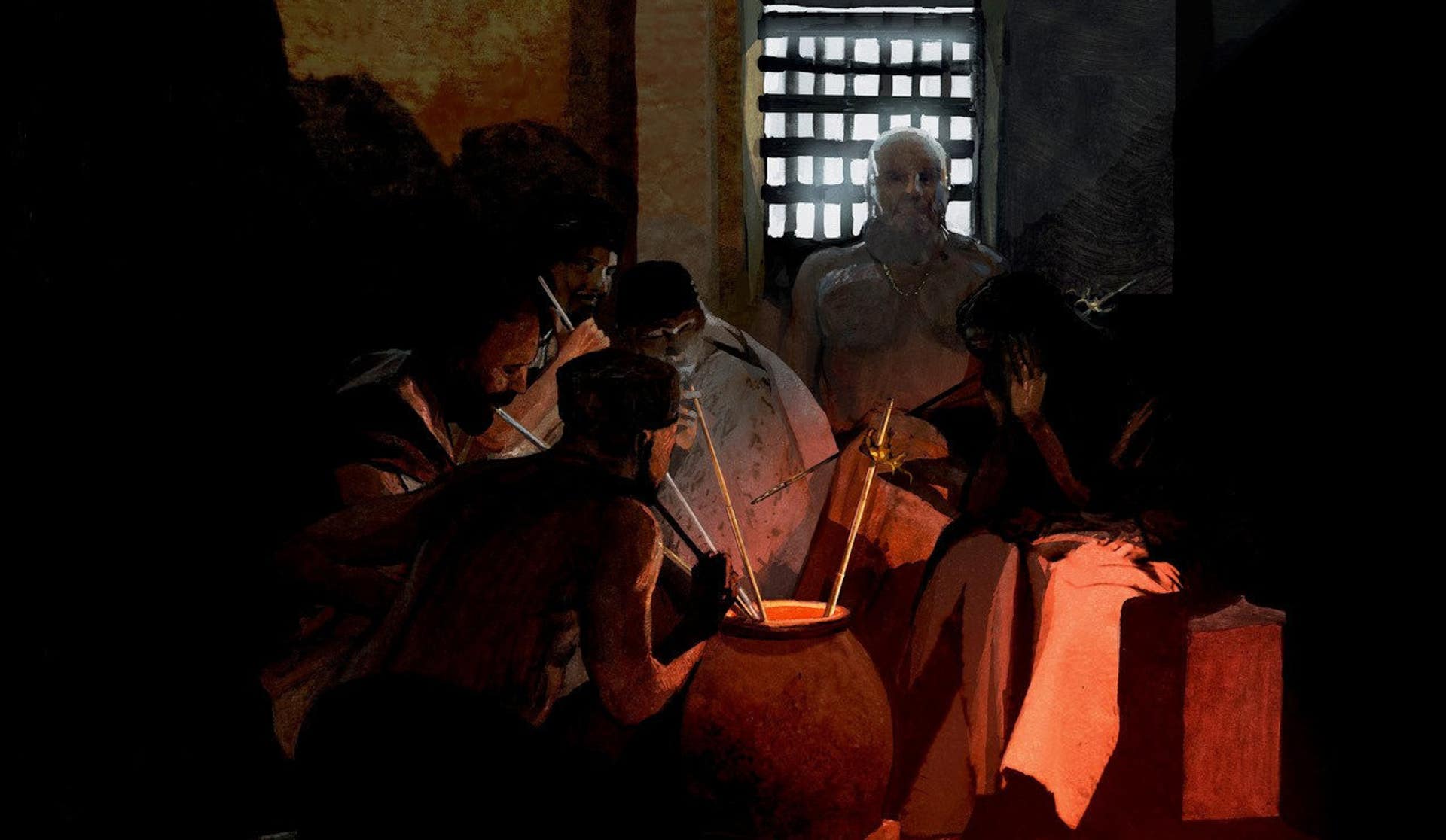 Russian archaeologists argue that the rods unearthed in an early bronze age tomb in the Caucasus are the oldest known drinking straws.

The artifacts, which date back roughly 5,500 years, were most likely used to drink beer or other liquids from a communal jar at banquets, according to the researchers.

The practice of sharing drinks using straws is thought to have started in Mesopotamia, and the revelation that it had extended as far as the Caucasus is yet another illustration of how the globe experienced an early kind of globalization during the Bronze Age.

Straws were initially found in 1897 in the Maikop Kurgan in the Caucuses. They were among the luxurious funerary offerings. This large burial mound is one of the most famous Bronze Age elite graves from the region, containing three individuals and hundreds of precious objects.  For a long time, the objects mystified their finders.

The straws were discovered in a kurgan that had a vast chamber separated into three sections, each containing the body of an adult in the fetal position. The main piece of the body was embellished with expensive fabric and valuable stones, as well as eight long, thin, hollow tubes.

Earlier research identified them as scepters or perhaps poles for a canopy. They are on display in the Hermitage Museum, St Petersburg, but their purpose remained unknown.

These eight tubes with tapered points were made of rolled silver and gold stripes, and some were additionally decorated with a small, detachable bull figurine.

The entire set of straws consists of eight composite gold and silver tubes that are more than a meter long and 10 millimeters in diameter. The ends and centers are hollow, resulting in a five-millimeter-diameter tube through which a liquid might readily move. Despite their length, these objects weigh just approximately 200 grams (less than half a pound).

As a result, a recent study published in Antiquity by a Russian team re-investigated them.

The discovery occurred when researchers discovered barley starch residue in the supposed scepter’s inner filter. The clue suggested something containing barley, such as beer, may have passed through these metal tubes.

“A turning point was the discovery of the barley starch granules in the residue from the inner surface of one of the straws. This provided direct material evidence of the tubes from the Maikop kurgan being used for drinking,” said the lead author Dr. Viktor Trifonov from the Institute for the History of Material Culture, Russian Academy of Sciences, St Petersburg.

Although the researchers were unable to prove that the barley had been fermented, this indicates that these straws were used for drinking beer.

In the paper, Trifonov posits the set of eight hollow tubes could represent feasting tools for eight people. In life, these people would all sit around one large vessel and guzzle beer with their straws. Skillfully forged from precious metals, the straws demonstrated one’s wealth and elite status. Aside from jewelry, the tubes were the objects placed closest to the deceased in the tomb.

Drinking beer with long straws was a common practice in the early Mesopotamian civilization of Sumer. Seal impressions from Mesopotamia and Iran from around 4,000 B.C.E. – predating the Maikop artifacts by centuries – already show scenes of communal drinking using similarly long straws.

The custom therefore probably started in the Near East, and we simply haven’t found the earliest straws, also because they were probably made from reeds, a highly perishable material, Dr. Trifonov says.

During their investigation, Dr. Trifonov and his colleagues discovered similarities with Sumerian straws. Notably, most of them feature metal strainers to filter out the impurities common in ancient beer, something that is also seen in the Maikop straws.

The researchers concluded that the Maikop tubes are also drinking straws because of the parallels with Sumerian findings. “If the interpretation is correct, these fancy devices would be the earliest surviving drinking straws to date,” said Dr. Trifonov, as they are over 5,000 years old.

In some Mesopotamian examples, archaeologists have found standalone metal tip-strainers, suggesting that it was also common to make the filter out of more expensive materials and attach it to plain reed straws, he adds.

These new straws are found hundreds of kilometers away from the other early evidence of drinking straw use in Mesopotamia and the surrounding region.

The Northern Caucasian steppes occupied by the illiterate Maikop culture were more than 1,000 kilometers from the sophisticated urban centers of the Sumerians. Yet the Maikop, or at least their elites, knew enough to develop a taste for the luxury and spectacle of Sumerian drinking ceremonies and funerary rites, Trifonov says.

On a larger level, the Maikop straws research is merely the most recent piece of evidence demonstrating how, throughout the Bronze Age (3500-1200 B.C.E. ), human civilizations were increasingly sophisticated and linked through vast trade networks.

Cover photo: Artist’s impression of a communal quaff in ancient Maikop, using meter-long metal straws, some of which may have been decorated with detachable bulls Credit: Kevin Wilson