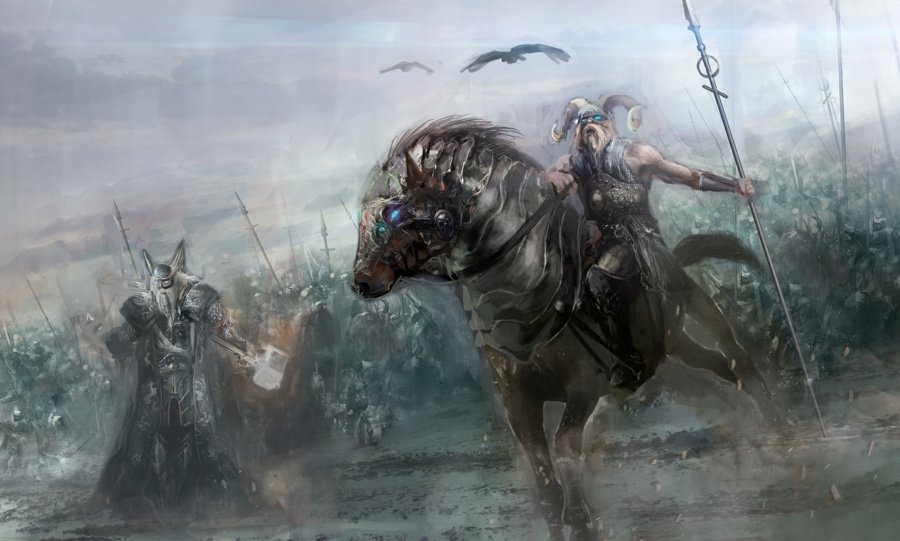 “The work presents a new interpretation of Scandinavian religion. Instead of seeing it as a uniform and relatively immutable mythological system over time, it is perceived as a ritual practice, which varies with time, space and social environments. As a result, cultural meetings with surrounding areas become at least as important as elements that can be followed over a long period of time,” says Anders Andrén, Professor of Archaeology at Stockholm University and one of the book’s three editors-in-chief.

The Nordic religion was primarily a traditional practice and not a coherent mythological system, which is emphasized in the new publication.

The most important discovery of recent times “Uppåkra”

In particular, new ritual sites were explored and analyzed. The most spectacular find in recent years in Sweden is The cult house in Uppåkra, south of Lund. The cult house was built around 200 and renovated several times on the same site until around 950.

“The find is spectacular, as written data on ritual buildings have previously been challenged by many scholars, who argued that Christian writers had used churches as a model when describing the pre-Christian religion. The find in Uppåkra, as well as finds in some other locations, show that ritual buildings actually existed,” says Anders Andrén.

Professor of the history of religion, Olof Sundqvist, author of several chapters in the book, emphasizes that such a comprehensive interdisciplinary comprehensive book has not been written before and that the work provides the latest and detailed information on the religions of Northern Europe. Introduction. He also emphasized the fact that the book includes detailed chapters about central gods (such as Odin, Thor, Frey, and Freya), but also includes lesser-known gods and mythological creatures such as Tyr and Uzbek. Er, Frigg and Scadi.

The handbook includes contributions from 29 researchers from 20 universities. In addition to Anders Andrén, three archaeologists and two religious historians from Stockholm University participated in the work.

The manual is part of a larger publication. The first two volumes were published two years ago, and deal with research history and reception history:
Margaret Clunies Ross (ed). 2018. The Pre-Christian Religions of the North. Research and Reception. Turnout: Brepols.
Volume I: From the Middle Ages to c. 1830
Volume II: From c. 1830 to the present