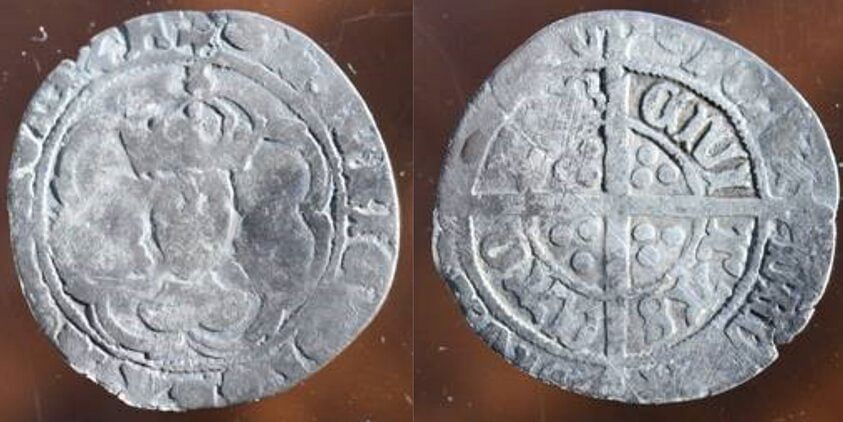 Archaeologists in eastern Newfoundland have unearthed a rare two-penny piece minted between 1493 and 1499 more than 520 years ago. The silver half-groat is the oldest English coin ever found in Canada.

The currency, known as a half groat, dates from Henry VII, England’s first Tudor ruler, who reigned from 1485 until 1509. Cupids Cove Plantation Provincial Historic Site, where English trader John Guy built a settlement in 1610, was the site of the discovery. The artifact was discovered near what would have been a fortified settlement’s bastion.

The rare silver coin – around the size of a US nickel and just smaller than a 10p coin.

An Elizabethan coin, dated 1560-1561, was discovered on the same spot in 2001. At the time, the piece was thought to be the earliest English currency ever discovered in Canada. This recently recovered coin is around 60 years old and would have been in circulation for at least 111 years before being lost at Cupids.

“Some artifacts are important for what they tell us about a site, while others are important because they spark the imagination. This coin is definitely one of the latter. One can’t help but wonder at the journey it made, and how many hands it must have passed through from the time it was minted in Canterbury until it was lost in Cupids sometime early in the 17th century. This is a major find and I am proud of my team for all their hard work. We look forward to the next great discovery.” says archaeologist William Gilbert, who discovered the site in 1995 and continues to supervise digs there today, in a statement.

Steve Crocker, Newfoundland’s Minister of Tourism, Culture, Arts and Recreation, adds, “The historical significance of the Cupids Cove Plantation Provincial Historic Site has long been known and its value to the local tourism industry is proven. It is incredible to imagine that this coin was minted in England and was lost in Cupids over a hundred years later. It links the story of the early European exploration in the province and the start of English settlement.”

Research on the coin is ongoing. It is expected that it will go on display at the Cupids Cove Plantation Provincial Historic Site in time for the opening of the 2022 tourist season.