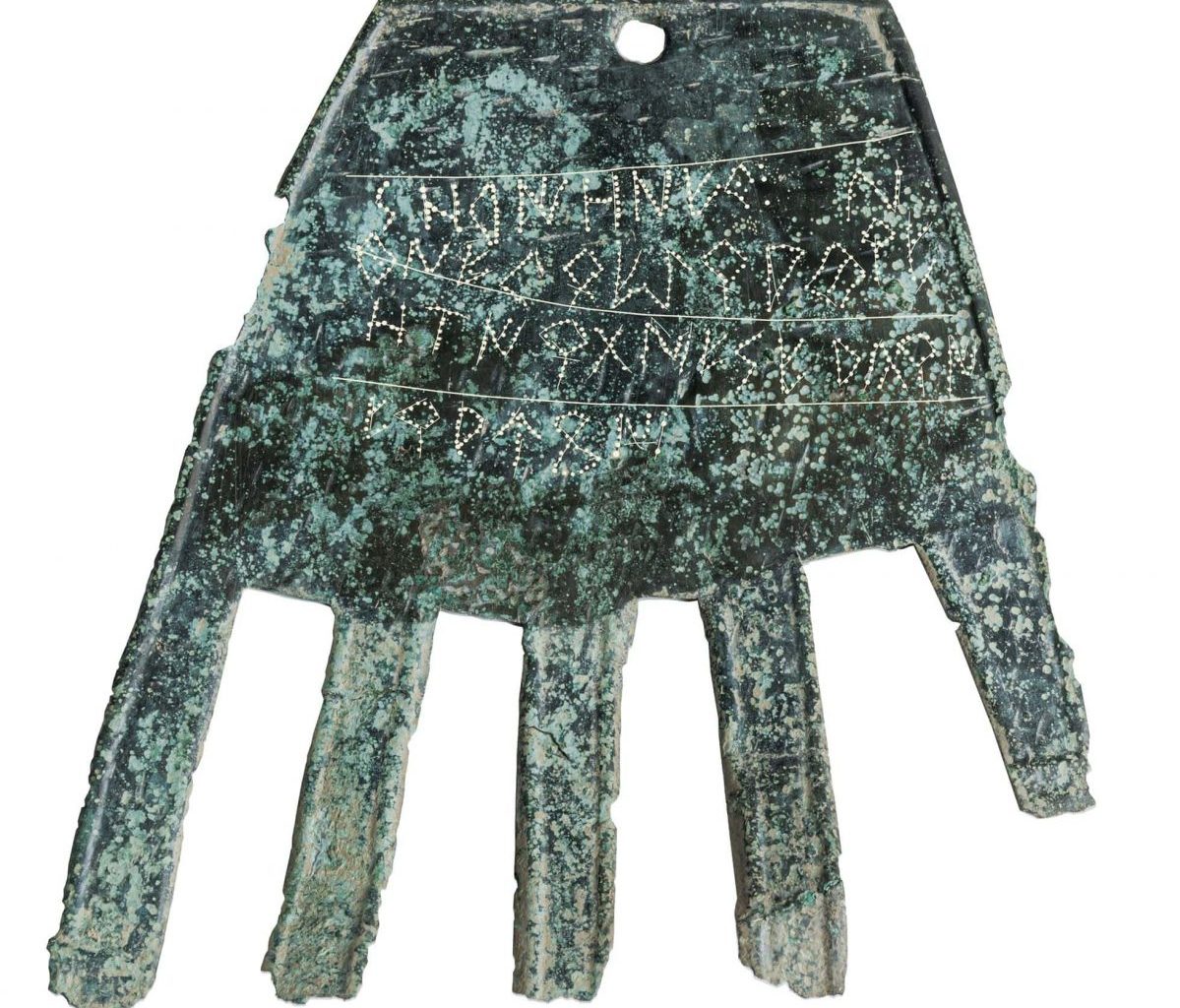 Archaeologists have discovered what they believe to be the oldest Basque language text, on  Irulegi archaeological site, near the Aranguren Valley, about 8 km from present-day Pamplona in Spain’s northern Navarre region.

Researchers got to work excavating the hillock, on which the walls of a medieval castle also stand. At the foot of the fortification, the remains of a 2,000-year-old settlement were uncovered.

On the threshold of one of the homes destroyed during the Sertorian Wars, workers found a bronze slab in 2021 that was roughly 14.5 centimeters (5.7 in) long and shaped like a hand. Laboratory analysis revealed that strange inscriptions were engraved on its fingers, in the form of 40 symbols distributed across four lines.

When it was removed, no engraved inscription or ornament could be seen, so the artifact was assumed to be part of a helmet. It consisted of a sheet of bronze, cut to represent the shape of a life-sized right hand, and is an alloy of 53.19% tin, 40.87% copper, and 2.16% lead, something common in ancient alloys, according to the analysis of experts from the Public University of Navarre.

Dating to the first quarter of the 1st century BC, the hand has a small recess for hanging on the front door of a house as a ritual object to protect the house.

The first word was “sorioneku”, which easily translates to the modern Basque word “zorioneko”, meaning “good fortune” or “good omen”. The rest of the inscription has not been deciphered yet.

Javier Velaza, a professor of Latin Philology at the University of Barcelona and one of the world’s foremost experts on pre-Roman inscriptions “The Hand of Irulegi is undoubtedly the first document written in the Basque language and in a specifically Basque script [an alphabet that includes letters and syllables], as well as being the longest text known to date,” says.

Joaquín Gorrochategui, expert in paleolinguistics and professor of Indo-European Linguistics at the University of the Basque Country, agreed that “the piece is really exceptional” and has underlined that it presents characteristics that make it “Basque” and not generically “Iberian”.

It is, he clarified, “a convincing hypothesis, but it is still a hypothesis”, since “we have three more lines to read and we are stunned because we don’t understand anything”.

The regional Navarre president, María Chivite, has said the discovery is “a historical milestone of the highest order” since it represents “a leap like few others in the knowledge that we had until now of our history and our culture”

The artifact represents a major archaeological and linguistic discovery and could prove that the Basque language was being used more than 2,000 years ago.

The Irulegi archaeological site stands on an isolated mountain between the Pyrenees and the Ebro valley. Between the 15th and 11th centuries BC during the Bronze Age, it was constructed for defensive purposes and to control the surrounding area. It vanished in the first century BC. 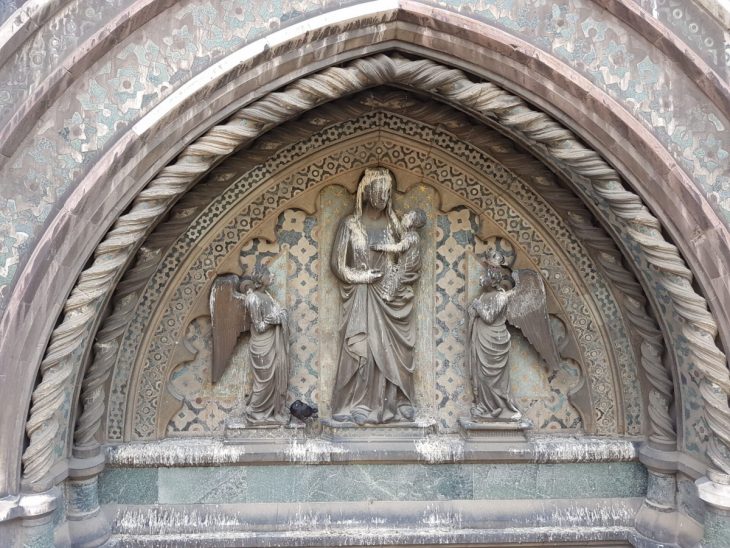