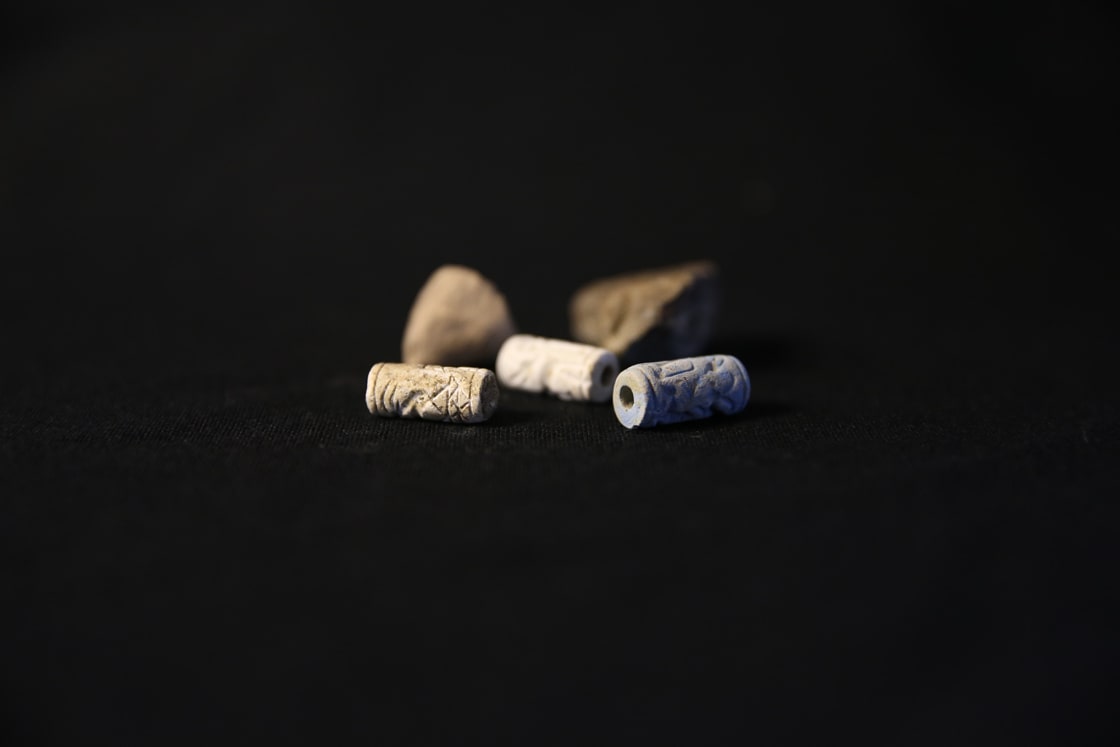 A 3250-year-old seal of the Hittite prince and a 3400-year-old cuneiform tablet was found in Accana Höyük (Mound) in the Reyhanlı district of Hatay in southern Turkey.

Excavations at Accana Hoyuk have been ongoing for six months on behalf of the Culture and Tourism Ministry, with the assistance of the Turkish Historical Society.

Associate professor Murat Akar, the excavation team’s leader and chair of Mustafa Kemal University’s Protohistory and Near East Archeology Department, told Anadolu Agency that they had made several “thrilling” discoveries.

An ancient tablet they have unearthed has Akkadian cuneiform texts, Akar noted, saying: “The tablet, around 3,400 years old, and the accompanying cylinder seals give us information about the administration and administrative practices of the region, especially during a period when the region was under the rule of the Mitanni Empire.”

He said they had found a 3,250-year-old seal during the latest excavation, adding that the item is one of the most important discoveries of this year, helping us understand “what happened during the period after the region came under the Hittite control” as well as “define its administrative and political dynamics.”

Akar further noted that the findings provide information about the administrative and archival practices in the Alalakh ancient city, the capital of the Mukish Kingdom in the Middle and Late Bronze Age.

“The written documents we found are extremely exciting,” he said.

The impressions on the cylinder seals show the existence of a ruling class in the region, Akar said, adding: “This last one, with Luwian hieroglyphic inscription on it, gives us the name of a Hittite prince whose name is not included in other written documents in Alalakh and appears for the first time.”

He did not reveal the name of the Hittite prince but said a Hittitology academic at Istanbul University Faculty of Letters, Associate professor Hasan Peker, will share the name of the prince with the scientific community once the research is completed.

A previously unknown subterranean tract nearly half a mile long of an Augustan-era aqueduct has been rediscovered in Naples, southern...