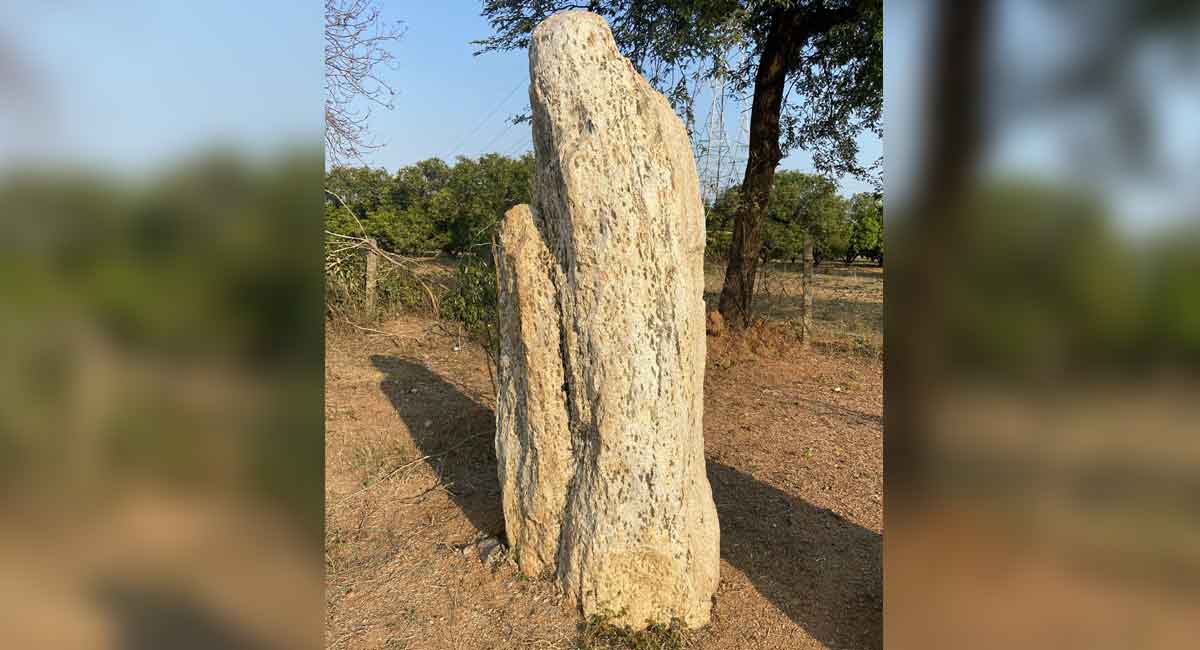 Six feet in height stone, also called a menhir, was found on the roadside of Ellarigudem, a hamlet of Beechrajupally village of Maripeda Mandal in the Mahabubbad region of India.

Archaeologist Dr. E. Sivanagi Reddy, who is the CEO of Pleach India Foundation, said it was noticed during his survey of archaeological and heritage remains in Maripeda Mandal on Sunday under ‘Preserve Heritage for Posterity’ program.

Dr. E. Sivanagi Reddy said it was a chance found during a survey of archaeological and heritage remains in Maripeda Mandal that was conducted.

“The menhir is 6 feet in height and 3 feet in diameter, buried 3 feet deep. It was erected in the memory of a dead person”.

He said that Sriramoju Haragopal, convenor, Kotha Telangana Charitra Brindam, has confirmed that the menhir belongs to the Megalithic period and its peculiarity lies in its white colour.

Dr. Sivanagi Reddy sensitized the local community on the archaeological significance of the menhir and urged them to preserve it by arranging for a barricade around it along with a plaque embossed with its details.

A menhir, standing stone, orthostat, or lith is a large man-made upright stone. It is believed that the practisers of the megalithic faith traveled via the sea, as the mass majority of menhirs are located on coasts, islands, and peninsulas. They are widely distributed across Europe, Africa, and Asia, but are most numerous in Western Europe. For more…