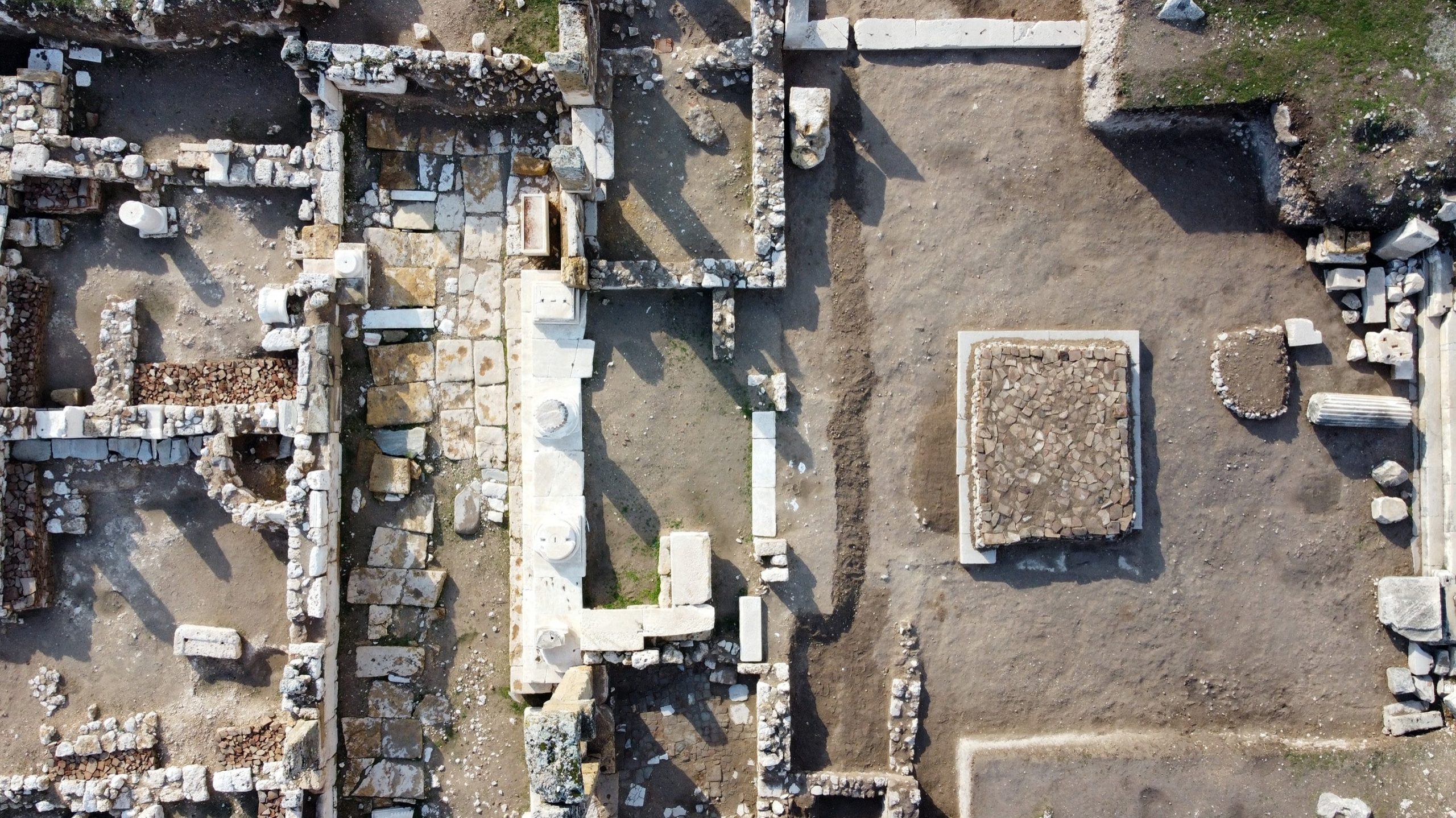 An altar site for the Greek goddess Demeter was unearthed during the ongoing excavations in the ancient city of Blaundus, located within the borders of the Ulubey district of Uşak.

Blaundus Ancient City which is located on the top of a hill looks like a peninsula surrounded by three-stream beds and it is 40 km away from Uşak. The city which is close to the border of  Phrygia In the Lydia Region was built in the Hellenistic period (B.C. III. C.) by Macedonians after Alexander the Great’s military expedition to Anatolia. Then, it was occupied with the Kingdom of Pergamum and the Roman Empire. The place which was a military city during the period of the Pergamum Kingdom maintained its strategic importance in the Roman and Byzantine periods as well.

Speaking to Anadolu Agency (AA), Birol Can, an archaeology professor at Uşak University, said that the altar site was discovered in the courtyard of the temple of the goddess Demeter, which symbolizes agriculture, grain, and harvest in mythology.

“Thanks to its foundations, we are able to deduce its plan. Again during the work, a piece of an altar table, which we think was located on this altar, was found,” he added.

“If they are going to sacrifice or make any offer, they do it in front of this altar. Therefore, the altar is a structure from the same period, the same age as the temple,” he added.

The Temple of Demeter was highly respected at that time, Can said, and they plan to continue the work in the region next year and complete the restoration work.

Two 2000-year-old statues, thought to belong to the Roman Period, were unearthed in the ancient city in the past few days.