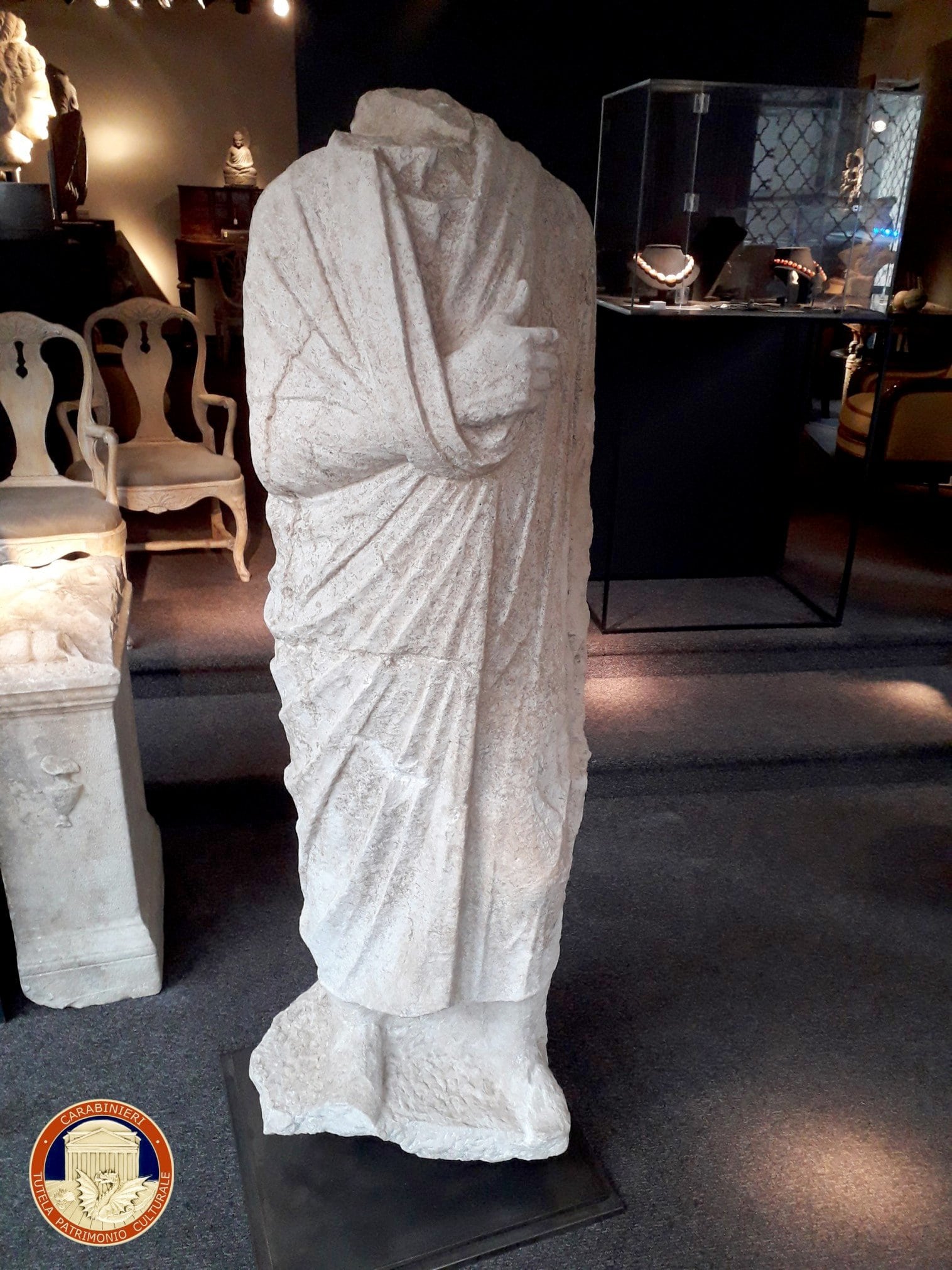 Italian police said they recovered a first-century Roman statue that was stolen in 2011 and found in an antique shop in Belgium.

The Carabinieri art team said in a statement on Monday that an Italian businessman who used a Spanish alias had been referred to the prosecutor for further investigation of the allegations he received and then exported the statue abroad.

It was stolen in November 2011 from the Villa Marini Dettina archaeological site on the outskirts of the capital Rome, the statement said.

Two members of the art squad’s archaeological unit were on assignment in Brussels when they took a walk after work in the Sablon neighborhood that is known for its antique shops. They spotted a marble statue in a shop that they suspected was from Italy and confirmed their suspicions when they cross-referenced the work with a database of known stolen antiquities, the statement said.

Italy has been working for years to recover its looted artifacts.

A characteristic garment of ancient Rome was a roughly semicircular fabric wrapped around the shoulders and around the body. It was usually woven from white wool and was worn over a tunic.