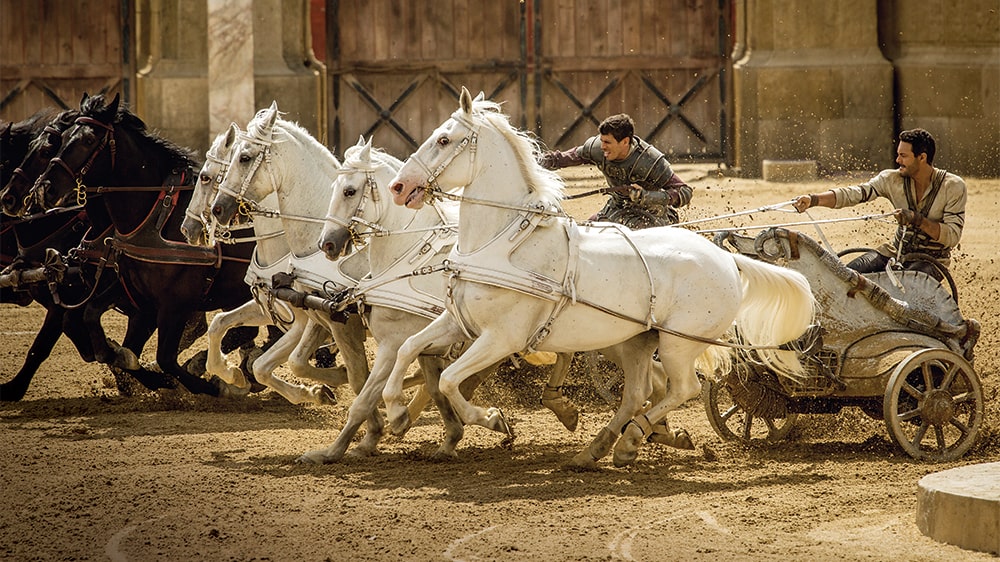 Ben-Hur, a wealthy prince living in Jerusalem, is a historical figure who struggled for the freedom of the Jews during the Roman period. He is best known for the 1959 feature film Ben-Hur: A Tale of the Christ, starring Charlton Heston.

It is planned to be the hippodrome “Arkeo Spor Park” in the Antakya district of Hatay (Turkey), which was the subject of Ben-Hur: A Tale of the Christ, which went down in cinema history as a successful film that received 11 academy honors.

Head of the excavation, Hatay Mustafa Kemal University (HMKU), Head of the Archeology Department of the Faculty of Arts and Sciences, Prof. Dr. Hatice Pamir, with the hippodrome excavation, said, “Our goal is to make this structure visible and bring it to the city and to contribute to domestic and foreign tourism mobility,” she said.

“To bring the structure to tourism as Arkeo Sports Park”

“The first excavations in the hippodrome, which was built in the 1st century AD, were carried out between 1932 and 1939, some archaeological material was found, but it was taken abroad because it was the French mandate period. We started excavations here in 2013 and we want to reveal the archaeological values ​​of Antakya in the context of these studies,” said Hatice Pamir, “We aim to uncover the remains of the hippodrome, the most important structure of the ancient city. The ancient hippodrome is a very important structure, it is a place where the most important sports games of the Antiquity, the Olympic Games, were held for 350 years, 2,000 years ago. Everyone from the most important cities of the eastern Mediterranean participated in the competitions held here every four years. Right now, there is Tokyo Olympics and the whole world is watching it. The Olympic games held in Antakya in the same way in Antiquity attracted a lot of attention, and we are talking about a sports structure with 80 thousand people here, it shows us how many people came. Our goal is to make this structure visible, to bring it to the city within the concept of an Arkeo Sports Park, and to contribute to domestic and foreign tourism mobility,” she said.

Stating that Antakya Hippodrome is unique in terms of structure, Professor Pamir said,  “The length of the hippodrome in the north-south direction is approximately 500 meters, and its width is close to 100 meters from outside. It has a two-story grandstand and a U-shape surrounds this entire area. There is no sports structure in Turkey, which has a capacity of 80 thousand people and has these dimensions at the moment. Of course, there are stadiums, hippodromes, and amphitheaters where gladiator games are played in other ancient cities, but we can say that this is a very special structure in terms of both its size, capacity, and versatile usability, the only and the largest.”

“It was the subject of the movie Ben-Hur”

Archaeologist Sevingül Bilgin Kopçuk, the deputy head of the excavation, said that there was a spina wall in the ancient hippodrome during the excavations and said, “We are aware that there are statues and fountain devices on this structure. This spina part is a row of buildings in the hippodrome where horse races are held, around which the horses turn 5 or 7 times. We even know that the 1959 movie Ben-Hur was shot based on this place,” she said.

“We reveal the foundations”

“Our aim here is to excavate the foundations of the area on the east side of the hippodrome. The areas saw actually belong to the stairs leading to the second floor of the two-story tribune, and these existing ruins were actually covered with cut stone blocks and were much more magnificent. The block stones here were moved over time and used in other structures. Currently, in our work in the eastern tribune area, we descend from the surface soil at about 1 meter depending on the soil slope, revealing the foundations.”