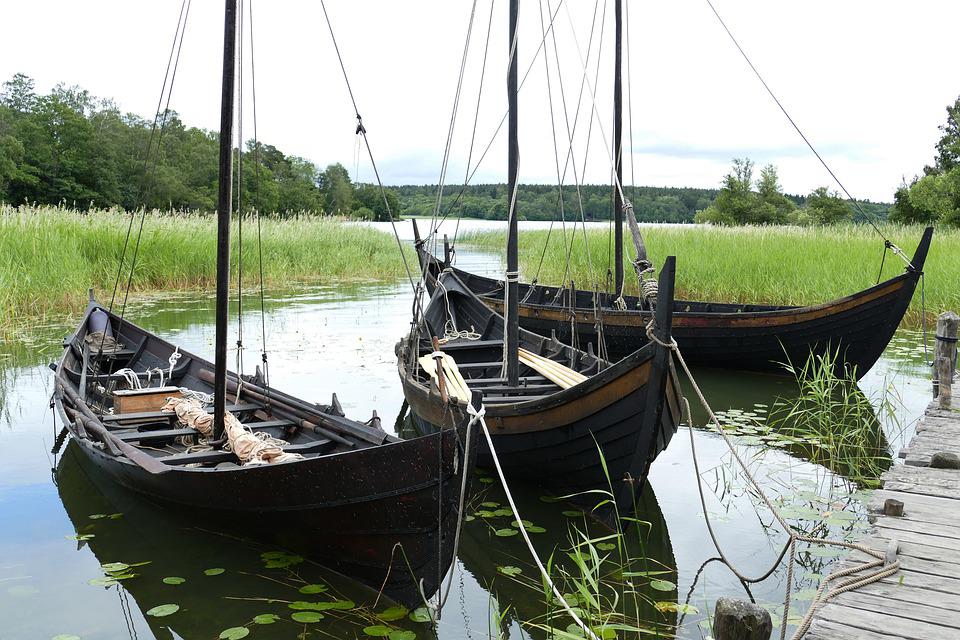 Archaeologists from Stockholm University have discovered a Viking Age shipyard at Birka on the island of Björkö in Lake Mälaren, west of Stockholm.

Birka, also referred to as Vikingastaden (The Viking City) in Swedish, is often considered to be Sweden’s first city, one of the most important trading centres in the Viking period. It was established during the mid-8th century AD.

Researchers from Stockholm University discovered a stone-lined pit on the beach zone with a wooden boat slop at the bottom during excavations. Large numbers of boat rivets, whetstones made from slate, and woodworking equipment were also discovered, suggesting that the site was a Viking Age shipyard.

Sven Isaksson, Professor of Archaeological Science at Stockholm University said:  “A site like this has never been found before, it is the first of its kind, but the finds convincingly show that it was a shipyard.”

Remains of ships have been discovered in previous excavations in the area, but the latest finds have confirmed the existence of a Viking shipyard at Birka for the first time.

“Through systematic inventory, mapping, and drone surveys, we can now show that Birka, in addition to the urban environment, also has a very rich maritime cultural landscape with remains of everything from jetties to boat launches and shipyards,” Isaksson said.

“The finds of artefacts from the area show with great clarity that this is where people have served their ships”.

The town ramparts around Birka functioned not only as a defence but also as a legal, economic and social boundary. Previous investigations of harbour facilities in Birka have mostly been carried out inside the town rampart, in the area known as the Black Earth harbour area, and below the so-called Garrison. The newly discovered shipyard at Kugghamn is located, along with a number of other maritime remains, outside Birka’s town rampart, along the northern shore of Björkö.

Archaeologists are still investigating other sites in Birka, including the remains of a boat landing site outside the town ramparts. They are also trying to answer the question of whether there were rules on who was allowed to dock in different areas of the city.