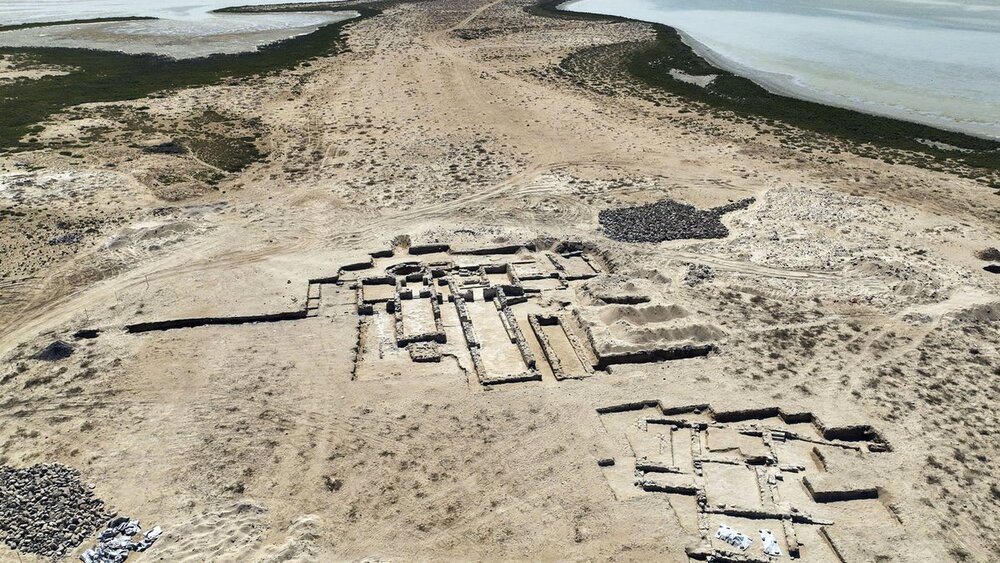 A Christian monastery has been discovered on the island of Siniyah off the coast of the United Arab Emirates (UAE), possibly dating back to the years before the spread of Islam to the Arabian Peninsula.

The Siniyah Island monastery, part of the sand-dune sheikhdom of Umm al-Quwain, sheds new light on the history of early Christianity along the Persian Gulf’s shores.

The monastery is located on Siniyah Island, a barrier island protecting the Khor al-Beida marshlands in Umm al-Quwain, an emirate along the Persian Gulf coast about 30 miles northeast of Dubai. Carbon dating of samples found in the monastery’s foundation dates between 534 and 656.

It marks the second such monastery found in the Emirates, dating back as many as 1,400 years — long before its desert expanses gave birth to a thriving oil industry which led to a unified nation home to the high-rise towers of Abu Dhabi and Dubai.

Scholars believe the two monasteries were lost to history as Christians gradually converted to Islam as Islam became more prevalent in the region.

For Timothy Power, an associate professor of archaeology at the United Arab Emirates University who helped investigate the newly discovered monastery, the UAE today is a “melting pot of nations.”

“The fact that something similar was happening here 1,000 years ago is really remarkable, and this is a story that deserves to be told,” he said.

The floor plan of the monastery on Siniyah Island suggests that early Christians may have prayed inside a single-aisle church there. Rooms within appear to hold a baptismal font, as well as an oven for baking bread or wafers for communion rites. Additionally, an altar and a setup for communion wine were probably located in a nave.

Next to the monastery is a second structure with four rooms arranged around a courtyard, which could have been the home of an abbot or a bishop in the early church.

Archaeologists discovered the first Christian monastery in the UAE in the early 1990s on Sir Bani Yas Island, which is now a nature preserve and home to luxury hotels off the coast of Abu Dhabi, near the Saudi border. It dates back to the same period as the new find in Umm al-Quwain.