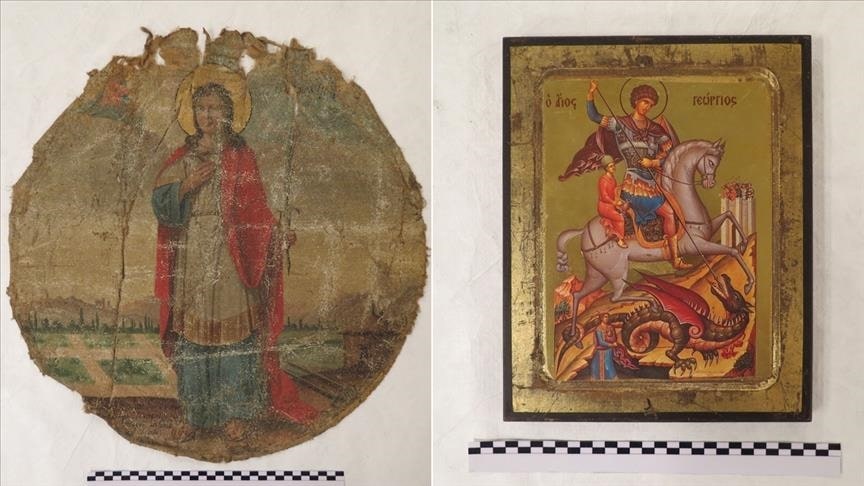 Culture and Tourism Minister Mehmet Nuri Ersoy will deliver the stolen icons from medieval churches on Tenedos Island off the coast of Canakkale in the Aegean Sea, demonstrating Turkey’s protective approach toward the nation’s cultural riches regardless of creed, language, or race.

In 2007, the artifacts were stolen from historical churches in the Zeytinli, Eski Bademli, and Dereköy districts of the island, and Eceabat Gendarmerie Command seized them. The valuables were kept at the Canakkale Archeology Museum throughout the incident’s judicial trial.

Following the court’s ruling, arrangements were made to deliver the items, which primarily consisted of icons, to their respective churches.

On Tuesday afternoon there will be a ceremony at the Canakkale Troy Museum with Ersoy and Bartholomew for 12 artifacts, including representations of Jesus and Christian saints.