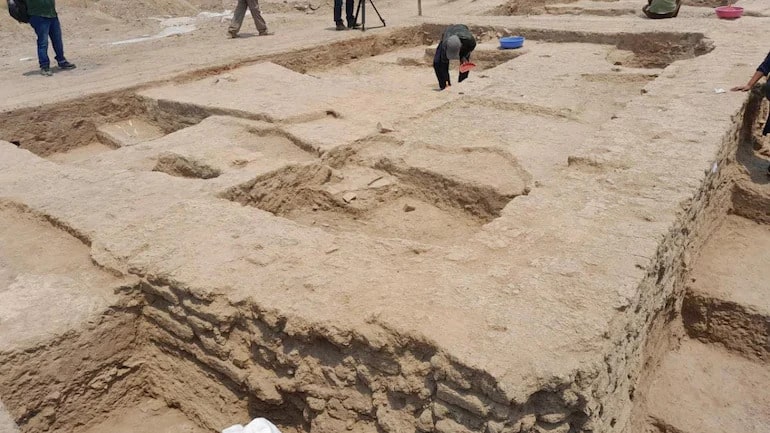 The Archaeological Survey of India (ASI) has made an important discovery by finding the remains of a 5000-year-old jewelry factory in the village of Rakhigarhi, Haryana, one of the oldest parts of the Indus Valley.

Rakhi Garhi is a hamlet in Haryana’s Hisar district and one of the earliest Indus Valley Civilisation archaeological sites. ASI archeologists have uncovered pieces of evidence of Harappan culture in all seven mounds of the archeological site.

The finds uncovered during the excavation, the discovery of several dwellings, a kitchen complex, and a 5000-year-old jewelry-making factory indicate that the area was once a sizable commercial center. Copper and gold jewelry, which has been stored for thousands of years, has also been discovered.

Sanjay K Manjul, the joint director general of ASI said, “Similar excavations have happened before and this is the third phase.” He added saying that “well-led planning could be observed there, with streets and walls along with it, house complexes, drainage systems, burnt brick structural support and varieties of pottery components with many paintings showing their improved baking technique.”

Sanjay K Manjul said that our motive is to develop this site iconically. Archaeologists have found bronze and gold artifacts, as well as artifacts, beads, patterned seal texts, and ceilings with Harappan texts and elephant depictions. This shows their cultural diversity. The discoveries point towards a well-planned Harappan city.

Rakhigarhi is a village located in Hisar, Haryana, located about 150 kilometers from Delhi. Dr. Sanjay Manjul, additional director general of ASI, said that the people of Rakhigarhi may have been the ancestors of the people of Hastinapur.

Further, the mounds number 6 and 7 at Rakhigarhi were among the 19 sites identified by the ASI to be notified as “sites of national importance”.