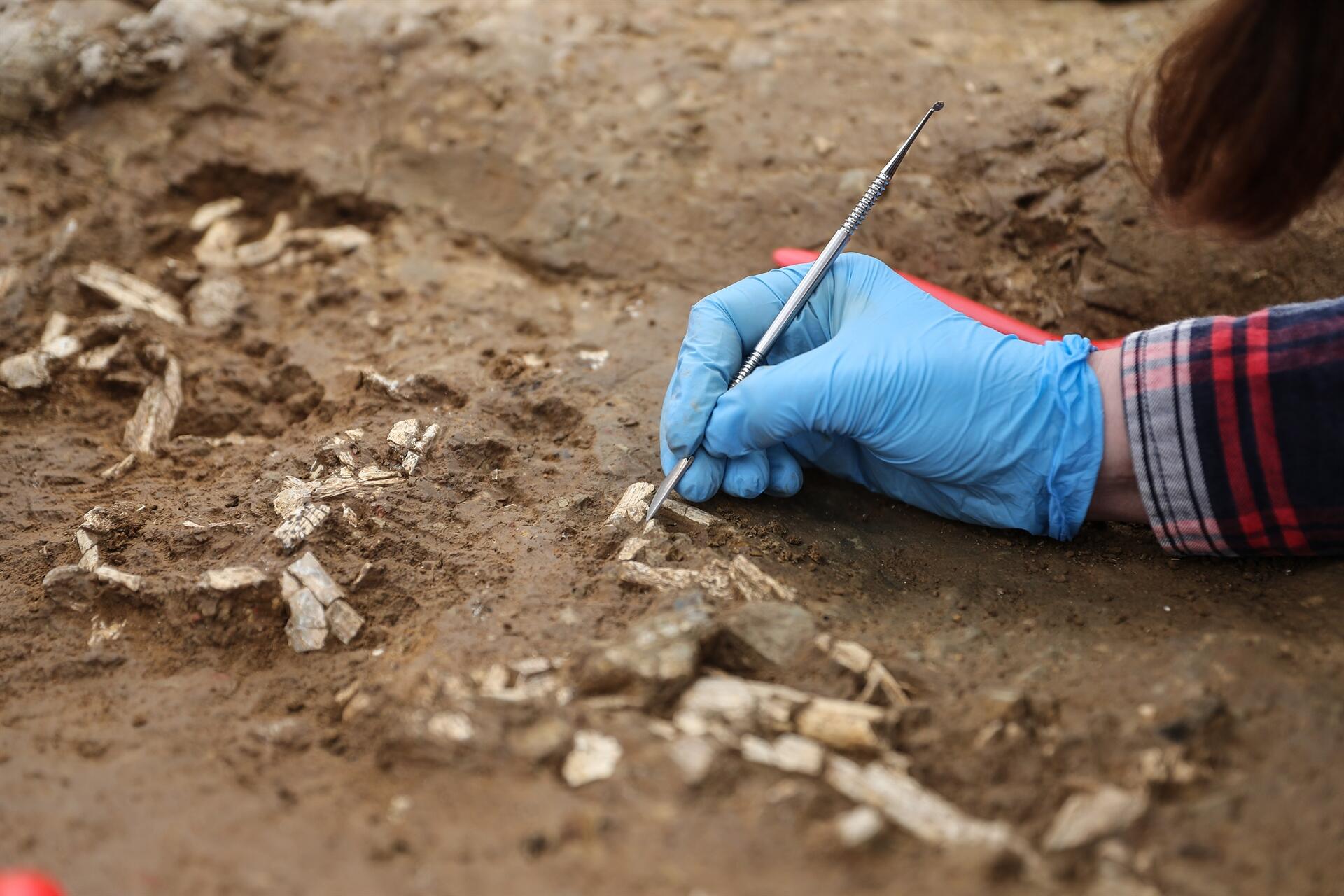 In the excavations carried out by the Istanbul Archeology Museums in the area where the metro station will be built in the Beşiktaş district of Istanbul, which started in 2016, Kurgan-type tombs dating back to 3000-3500 BC were found.

During the fieldwork, vestiges of a tram line and depots erected in 1910 were discovered, as well as remnants from the late Ottoman and late Byzantine periods. Some tiny artifacts from the Hellenistic and Roman periods were discovered underneath this stratum, and they are regarded as “very significant” for the Bosphorus line.

However, it was at a depth of one and a half meters above sea level that archaeologists discovered the most exciting discoveries. The presence of kurgan-style graves underneath the stone rows was discovered in this region.

Because all of the oldest kurgan-type tombs discovered in the country date from the early bronze age and were buried after the cremation, the bones of the remains have cracked and disintegrated. As a result, archaeologists in the field use dental tools to complete their work meticulously.

A very delicate work is done and all the graves are opened and documented during the excavations, according to Mehmet Ali Polat, an archaeologist involved in excavations.

“Kurgan-type graves found dates back to 3,500 B.C., that is, they belong to the era that we call the first bronze period in chronology,” Polat said, adding that nearly 82 graves were found inside and outside the kurgans in rows of stones.

“A total of 75 of these 82 tombs belong to cremation, that is, bodies buried by burning. Seven of them were direct burials,” he noted.

Pointing out that two terracotta figurines were found inside a tomb, Polat drew attention to the fact that such figurines had not been found before.

“There were some symbols on the figurines. When we did some research, we saw that these were runic alphabet symbols. Symbols are seen in the Vinca culture in Romania,” Polat added.

When the tombs are evaluated together with the small finds and runic alphabet symbols, it can change the migration map from Anatolia to the Balkans, to the northeast of Europe and the Black Sea, according to the expert.

Polat announced that the findings unearthed during excavations in Beşiktaş, one of the busiest squares of Istanbul, would be exhibited to the public at the top of the metro station.