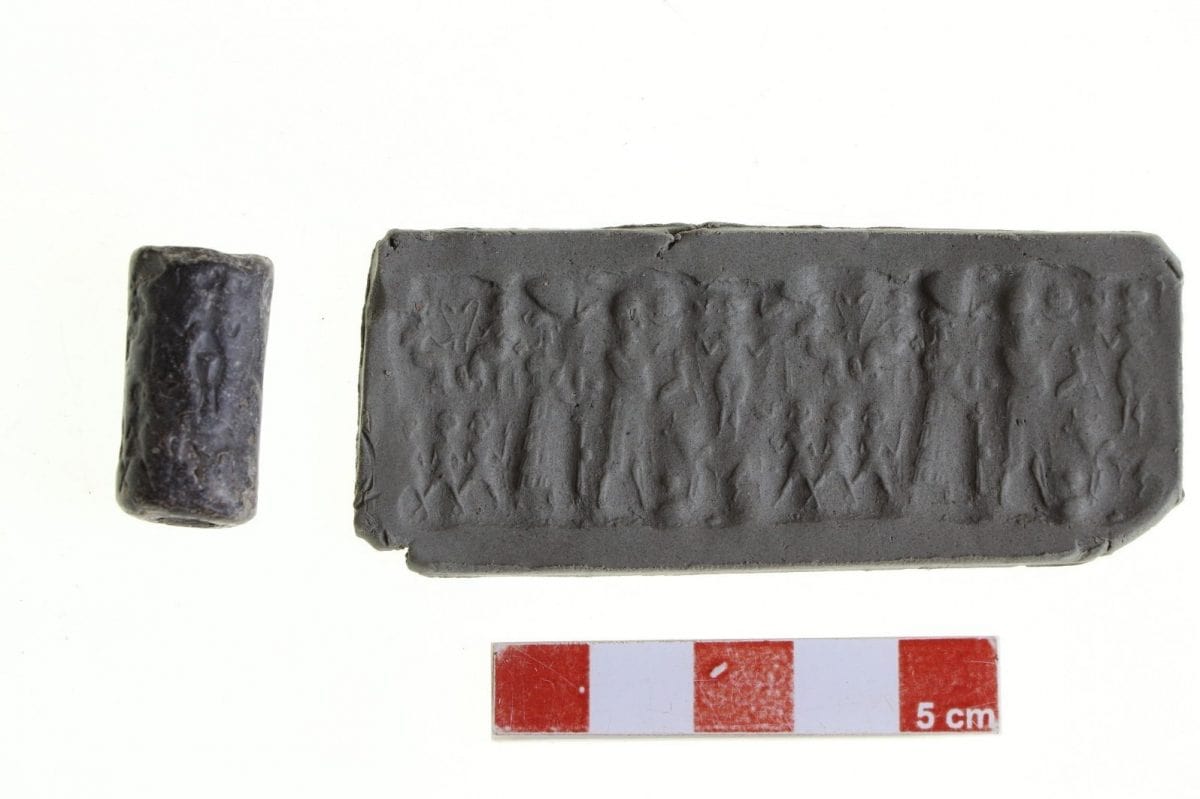 A 4,000-year-old cylinder seal was found during the excavations of the ancient city of Blaundus (or Blaundos, as it is known by some), located within the borders of the western Anatolian city of Uşak.

A similar example of seals thought to have been used by Assyrian merchants, who played an important role in the development and diversification of commercial life in Anatolia, was found in the Blaundos excavations.

Written sources reveal that the Assyrians arrived in Anatolia for trade early 2nd millennium B.C. Upon their arrival in Anatolia, these settlers brought along writing, which marked a turning point in Anatolian history. From the middle of the 4th millennium onwards, writing was used in Mesopotamia, first by Sumerians and later by Akkadians and Assyrians. Until they encountered Akkadian and Assyrian merchants in the 19th century B.C, the people of Anatolia did not have a writing system. At least now the current archaeological data told this.

Blaundus was established by the Macedonians, who stayed in Anatolia after Alexander the Great’s military campaign in the area in the third century B.C. The Macedonians who lived in the city used to refer to themselves as “Macedonians of Blaundus,” but not long after Alexander the Great’s reign, Blaundus became part of the Kingdom of Pergamon and was later occupied by the Romans. The city experienced its golden age in the Roman era.

The ancient city of Blaundus ruins is at Sülümenli (formerly Süleimanli), near Ulubey (formerly Göbek) in Uşak Province of modern Turkey. The most notable structures of the ancient city include a temple, theater, stadium, rock graves, a colonnaded street, and well-preserved city walls.

A cylinder seal thought to belong to the Assyrian Trade Colonies Age (18th/17th century BC) was found during the Blaundos excavations conducted under the direction of Professor Birol Can, a lecturer at the Uşak University Archeology Department.

The exact dating of the seal will be determined by the studies to be carried out.

The Excavations and Research Department of the General Directorate of Cultural Heritage and Museums of the Ministry of Culture and Tourism. announced the discovery of the cylinder seal, which is thought to belong to the Assyrian Trade Colonies Age, on its social media account.

The Excavations and Research Department discovered, “A cylinder seal thought to belong to the Assyrian Trade Colonies Age (18 / 17 century BC) was found during the Blaundos excavations in Uşak. Scientific studies are continuing on the seal, which may take the history of Blaundos much earlier than known,” announced as.