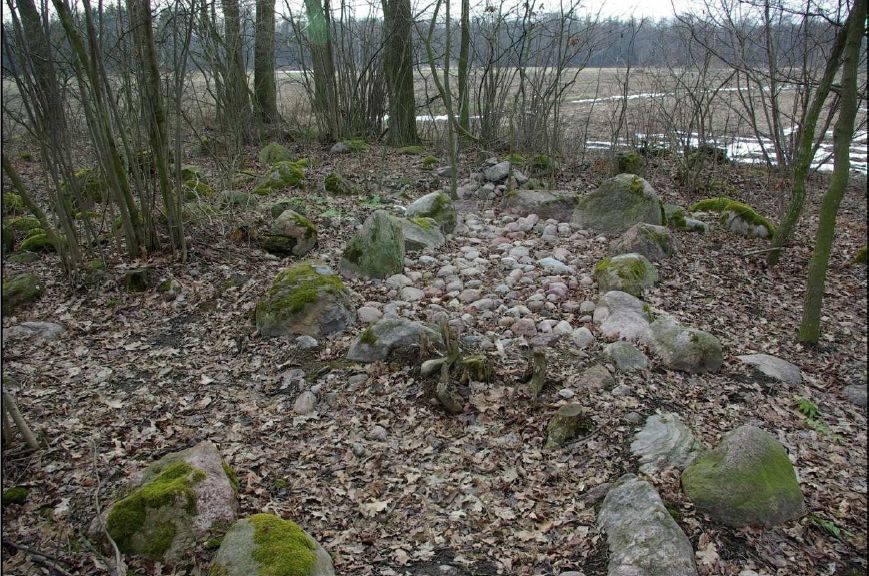 Although there are about 500 medieval tombs found in today’s Masovia and Podlasie cities, the question of who these tombs belonged to is still a mystery.

Archaeologists and historians continue to debate. Are the tomb owners local residents, Scandinavians, or people from the east?

Dr. Dariusz Błaszczyk from the Faculty of Archaeology of the University of Warsaw told Science Poland: “The graves in these cemeteries are very distinctive. They have characteristic stone surroundings made of large boulders. They are also often covered with smaller cobblestones.”

However, the cemeteries remain a major mystery for researchers since it is unknown who was buried there. There are some conflicting definitions, according to Dr. Bazczyk. The study of necropolises started more than a century ago. Archaeologists have discovered hundreds of skeletons and equipment associated with the dead.

Some researchers speculated that they were Scandinavian in origin, pointing out that graves with stone surrounds from that time period are also known from Scandinavia.

Błaszczyk said: “But there are no northern objects in the graves in Masovia, so this concept does not seem true. In addition, these graves look different.”

Another theory is that these are the necropolises of the Balts, who were gradually Slavicized. Some historians conclude that Ruthenians were buried there because similar graves have been discovered in Belarus and Russia. However, it is unclear if they are from the same time frame.

In comparison to other areas of the Piast Kingdom, the local Slavic population used a peculiar method of burial, according to Baszczyk.

Most of the excavations took place in the 1960s and 1970s, but the first excavations were carried out in the 19th century. The methods that were available at the time were applied. Błaszczyk and his team hope to find an answer to questions using methods previously unavailable as part of their project.

Baszczyk and his team began the project by taking samples from many skeletons’ bones and dating them using the radiocarbon process, which is still widely used in archaeology. They have preliminary results. Previously, no procedure has been used to establish the age of any of the 500 cemeteries. Based on the typology of pottery and other artifacts discovered in graves, scientists estimated their age.

Błaszczyk said: “The cemeteries are grouped in two clusters, around Płock and Drohiczyn. Until now, it was believed that the ones in Podlasie are younger, and the Masovian ones are older. Our analysis shows that they are from the same period. They come from the end of the 10th century and were used until the end of the 12th or the beginning of the 13th century.”

DNA study will also be used by the researchers and will be carried out by Professor Wieslaw Bogdanowicz’s team from the Polish Academy of Sciences in Warsaw. By examining the haplogroups of the deceased, they will seek an answer to the question of where they came from. The genetic testing will help ascertain the possible kinship of those buried in the cemeteries, as well as their blood, hair, and eye colors.

In addition, strontium and oxygen isotope studies will also help determine the origin. Researchers would be able to assess the deceased’s estimated diet by analyzing carbon, nitrogen, and sulphur isotopes. Dr. Rafał Fetner of the University of Warsaw’s Faculty of Archaeology will conduct the investigations.

The area of Masovia (which also included Podlasie at that time) in the 11th-13th centuries was within the borders of the Piast state, but according to researchers, very little information about it from contemporary texts has been preserved. Hence the great problem with determining the identity of the huge community that lived there and used a distinctive type of burial.

The project is financed by the National Science Centre and led by Professor Andrzej Buko from the Polish Academy of Sciences.