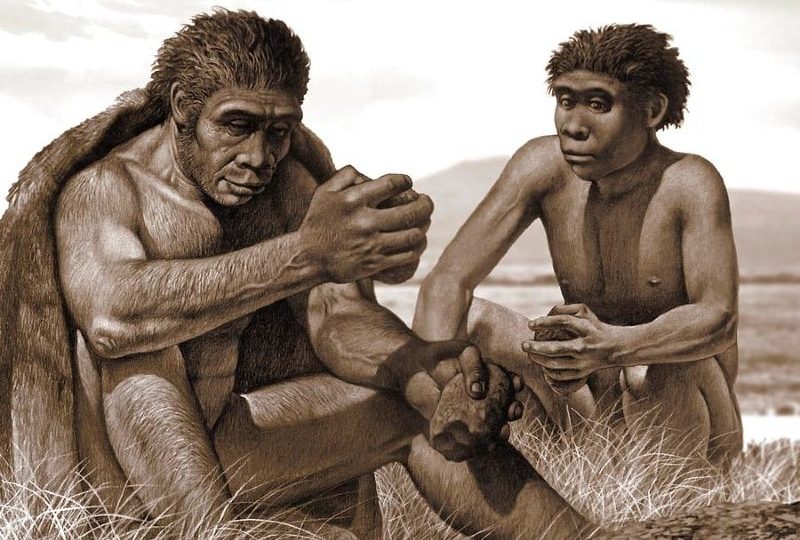 Although modern humans are the only surviving human lineages, their kinship with other human species that roamed the world is still controversial. Scientists have now identified a new species that could be the ancestor of modern humans.

In a newly published study, scientists describe H. bodoensis as a new species and suggest it as the ancestor of Homo sapiens.

Researchers examined human fossils dating from around 774,000 to 129,000 years ago in the latest study (once known as the Middle Pleistocene and now renamed the Chibanian). Previous research claimed that modern humans evolved in Africa around this period, whereas Neanderthals arose in Eurasia. However, much about this pivotal period in human development remains unknown – a situation paleoanthropologists refer to as “the mess in the middle.”

Human fossils from the Chibanian period from Africa and Eurasia are frequently attributed to one of two species: Homo heidelbergensis or Homo rhodesiensis. However, these species frequently held variously and frequently conflicting, descriptions of their skeletal features and other attributes.

Recent DNA research has indicated that certain H. heidelbergensis bones discovered in Europe were really from early Neanderthals. As a result, the scientists recognized that H. heidelbergensis was a redundant designation in such circumstances.

Similarly, current examinations of several East Asian fossils indicate that they should no longer be referred to as H. heidelbergensis, according to the researchers. Many facial and other traits seen in Chibanian East Asian human fossils, for example, differ from those found in European and African fossils of the same period. Furthermore, African Chibanian specimens are occasionally referred to as both H. heidelbergensis and H. rhodesiensis. The researchers also highlighted that H. rhodesiensis was a poorly defined term that was never widely recognized in science, owing in part to its link with problematic English imperialist Cecil Rhodes.

To help clear up the uncertainty, the researchers have proposed the possibility of a new species, H. bodoensis, named after a 600,000-year-old skull discovered in 1976 in Bodo D’ar, Ethiopia. Many fossils formerly identified as H. heidelbergensis or H. rhodesiensis would be included under this new designation. The researchers believe H. bodoensis was the direct ancestor of H. sapiens, forming a different branch of the human family tree than the one that gave rise to the Neanderthals and the enigmatic Denisovans, who were thought to have lived around the same time as their Neanderthal cousins based on Siberian and Tibetan fossils.

“Giving a new name to a species is always controversial,” study co-lead author Mirjana Roksandic, a paleoanthropologist at the University of Winnipeg in Canada, told Live Science. “However, if people start using it, it will survive and live.”

“We are not claiming to rewrite human evolution,” Roksandic said. Instead, the researchers seek to organize the variation seen in ancient humans “in a way that makes it possible to discuss where it comes from and what it represents,” she explained. “Those differences can help us understand movement and interaction.”

Mirjana Roksandic, the researchers want to see if they can find any H. bodoensis specimens in Europe from the Chibanian, Roksandic said.

The scientists detailed their findings online on October 28 in the journal Evolutionary Anthropology: Issues News, and Reviews.