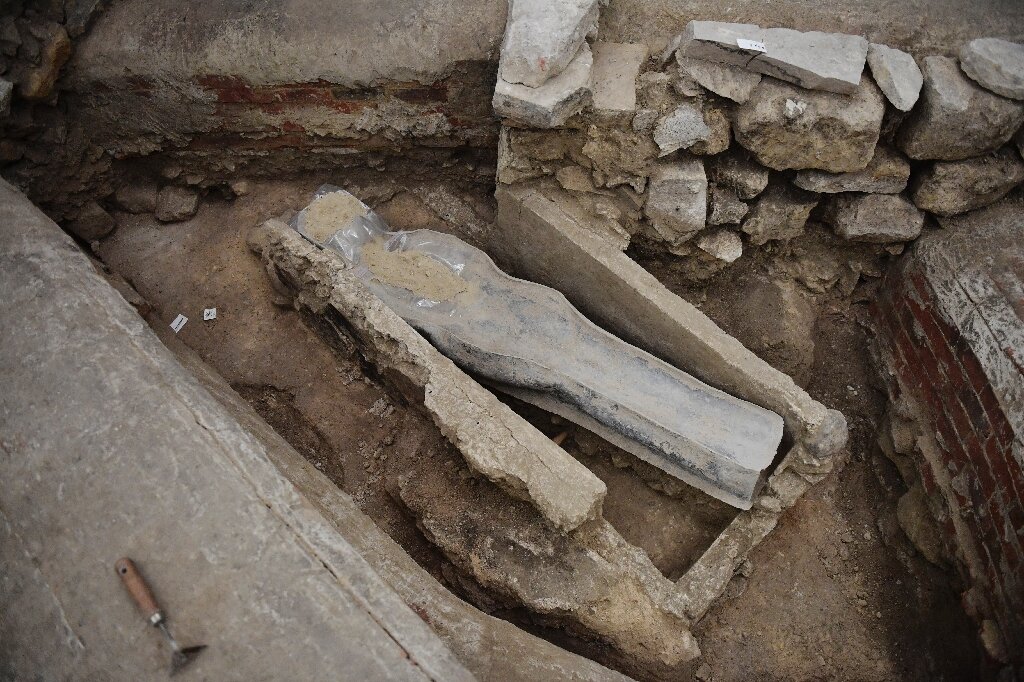 This new discovery offers new insight into the history of the building, which is currently under reconstruction after a devastating fire in 2019.

The burial sites “of remarkable scientific quality” were unearthed during preparatory work for rebuilding the ancient church’s spire at the central spot where the transept crosses the nave, the ministry said on Monday.

Among the tombs was the “completely preserved, human-shaped sarcophagus made of lead,” it added.

The coffin might have been made for “a senior dignitary” and likely dated from the 1300s — the century following the cathedral’s construction.

As well as the tombs, elements of painted sculptures were found just beneath the current floor level of the cathedral, identified as parts of the original 13th-century rood screen — an architectural element separating the altar area from the nave.

“The floor of the transept crossing has revealed remains of remarkable scientific quality,” France’s Culture Minister Roselyne Bachelot said, adding that excavation works have been extended until March 25.

The excavation site lies under a stony layer that dates from the 18th century, but some lower levels go back as far as the 14th, and some even the early 13th century, the Culture Ministry said.

Christophe Besnier from France’s National Archaeological Institute said: “We were able to send a small camera inside which showed cloth remains, organic matter such as hair and plant remains.”

“The fact that these plants are still there indicates that the contents have been very well preserved.”

French researchers have carried out the latest archaeological dig before scaffolding is set up to support the rebuilding of the spire.