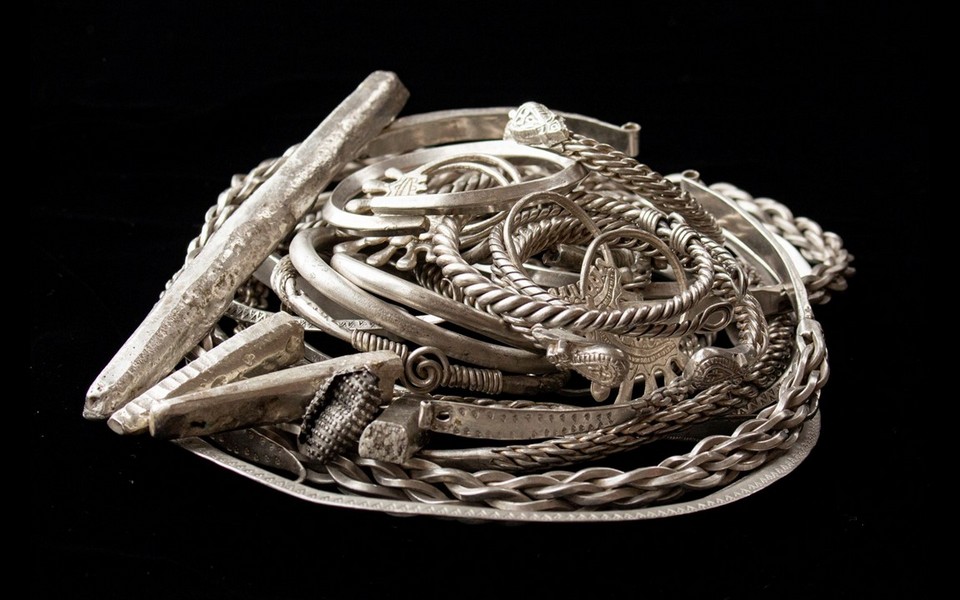 During expeditions of the Institute of Archeology of the Russian Academy of Sciences, a rare treasure with ornaments of about a thousand years was discovered in the city of Old Ryazan.

The treasure lay in the forest on the slope of a valley in Spasskaya Luka, next to Isady, four kilometers from the settlement. Scientists studied the promontory of the shore of this valley, but there were no signs of a cultural layer. The place of discovery is far from famous archaeological monuments.

Four kilometers away is the settlement of Staraya Ryazan, famous for its historical “Story of the Ryazan Ruins of Batu”. The tragedy of 1237 caused many treasures to be hidden inside the besieged city. In total, 17 treasures were found in the former settlement of Staroryazan, many of which contained masterpieces of ancient Russian jewelry art, which belonged to the highest nobles of Ryazan.

Some of the hoard objects have been dated to the late 11th century to the first half of the 12th century AD, and they most likely reflect the amassed riches of the individual who placed them.

Alexei Chernetsov, the principal investigator of the Archaeological Institute of the Russian Academy of Sciences, told TASS that so far they have excavated 6% of the fortified area.

A careful analysis of the find site made it possible to determine that the treasure lies in a small bast tuyeska with a diameter of 20-22 cm, the largest of the objects – the neck torch. The treasure included 32 pieces of silver: 8 neck hryvnias, 14 bracelets, 5 seven-rayed temporal rings, a granular bead, and money hryvnias of the Novgorod type. Judging by the composition, it is more likely that the treasure is not a collection of items taken from a team, but accumulated wealth.

A grivna was a currency, as well as a measure of weight used in Kievan Rus’ and other East Slavic countries

Igor Strikalov of the Institute of Archaeology of the Russian Academy of Sciences said: “The appearance of the objects of the treasure of Isad allows us to connect the time of their storage with the early history of Ancient Ryazan, in which there are still many white spots. The treasure of Isad includes other types of jewelry, made in a simpler technique and in a more archaic style, clearly older than the ancient Ryazan treasure. Most of the objects found are unique. The treasure work has just begun. It is necessary to analyze the composition of the jewelry metal, the technique. perhaps their manufacture, which will reveal some secrets about its falling to the ground.”

The treasure will be transported to the Ryazan Historical and Architectural Museum-Reserve after a thorough examination, where it will be displayed among other treasures of old Russian jewelry art.”