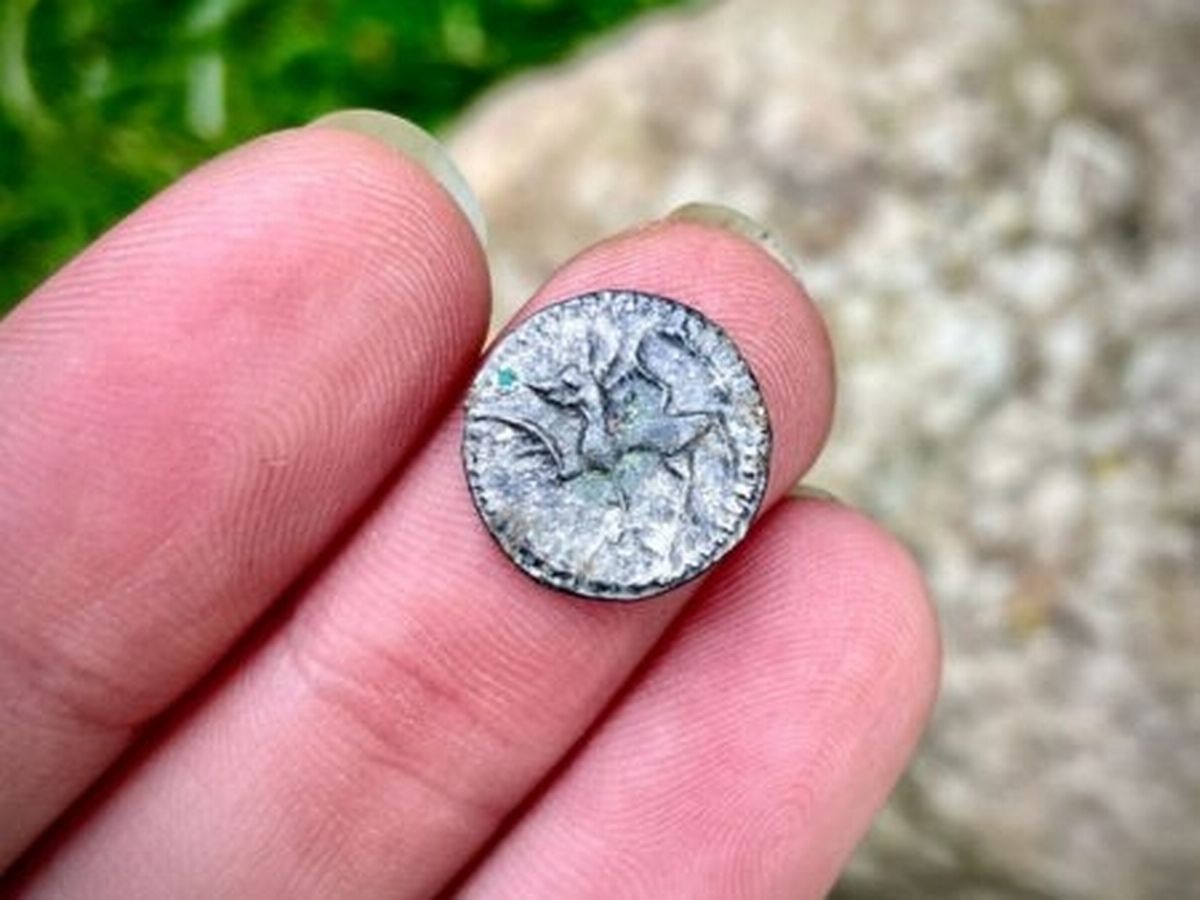 Archaeologists have discovered a silver coin on Lindisfarne, known as Holy Island, in the northeast of England.

Dig Ventures is doing its sixth-year excavation on the cemetery site near the remains of Lindisfarne.

A silver coin from the reign of a Northumbrian warrior king has been discovered during the latest archaeology dig on Holy Island.

An example of a coin unearthed during the excavation at a cemetery site near the remains of Lindisfarne’s medieval priory is one minted during the reign of King Eadberht, who became king in AD 737 when his cousin Ceolwulf abdicated the Northumbrian crown and took asylum at Lindisfarne.

On one side, the coin features a fantastical, four-legged beast. On the other, the name Eadbertus circles a small central cross.

Eadberht was the brother of the Archbishop of York, and after the king abdicated, he became a monk at the monastery at York.

“The cemetery seems to have been in use for several hundred years,” said Maiya.

Most of the burials have been similar, simple affairs but the latest dig has revealed two which are different.

One is a possible shrine burial, in which an altar is placed over a high-status grave, which is raised above ground level. A possible marble-like altar fragment was found nearby.

What is thought to be a chest burial has also been revealed. This is where an individual has been buried in a chest rather than a coffin.

The chest plate or lock was found for what is a type of burial found in places associated with the Northumbrian church. This is the first to be uncovered on Lindisfarne.

Another intriguing find has been part of a bone comb – with runes carved into it.

The runic writing is now being studied to see if it is a case of an individual carving their name into a comb that was valuable to them.

Part of a free-standing medieval cross, thought to date from the 8th or 9th centuries, has also been discovered.

These stone crosses stood between 1.5m-3m tall and were among the first monumental public sculptures to be built in Britain since the Roman period, with shafts often decorated with panels whose borders enclosed scenes and stories.