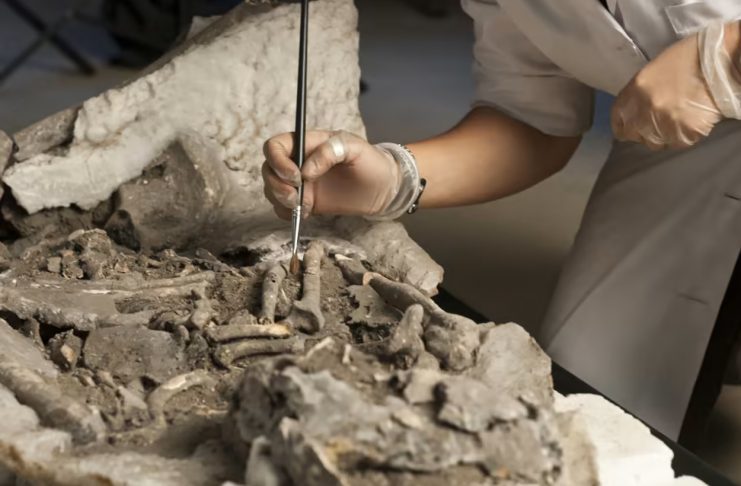 New research on the hunter-gatherer burial sites in the Sado Valley in Portugal, dating to 8,000 years ago, suggests that mummification in Europe may be older than previously thought.

A new study, headed by archaeologists at Uppsala University and Linnaeus University in Sweden and University of Lisbon in Portugal, presents new evidence for pre-burial treatments such as desiccation through mummification, which has not been suggested for the European Mesolithic before.

Until now, the oldest cases of intentional mummification were known from the Chinchorro hunter-gatherers living in the coastal region of the Atacama Desert in northern Chile around 7,000 years ago; however, the majority of surviving mummies worldwide are more recent, dating between a few hundred years and up to 4,000 years.

Mummification in prehistory is a tough topic for scholars to investigate since it is impossible to determine whether or not a body was preserved by mummification when soft tissue is no longer evident. The dearth of documented documentation for these early eras adds to the challenge.

However, recently discovered photographs from the 1960’s excavations in the Sado Valley have allowed archaeologists to reconstruct the positions in which the bodies were buried, providing a unique opportunity to learn more about mortuary rituals taking place 8,000 years ago.

In their study, the researchers combined the archaeotheatology approach with human decomposition experiments. Archaeothanatology is an approach used by archaeologists to document and analyze human remains in archaeological sites that combines observations of the spatial distribution of the bones in the grave with knowledge about how the human body decomposes after death.

Archaeologists can then reconstruct how the dead body was handled after death and buried, even if several millennia have passed. In this study, the archaeothanatology was also informed by results from human decomposition experiments on mummification and burial at the Forensic Anthropology Research Facility at Texas State University.

Based on the results from the experiments, an observable signature for a mummy could be proposed that combines several observations: a hyperflexion of the limbs, an absence of disarticulation in significant parts of the skeleton, and a rapid infilling of sediment around the bones. These were all clearly present in at least one of the burials in this study. The analysis showed that some bodies were buried in extremely flexed positions with the legs flexed at the knees and placed in front of the chest.

During decomposition, the bones usually become disarticulated at weak joints, such as at the feet, but in these cases, the articulations were maintained. The researchers propose that this pattern of hyperflexion and lack of disarticulation could be explained if the body was not placed in the grave as a fresh cadaver, but in a desiccated state as a mummied corpse. Desiccation not only maintains some of these otherwise weak articulations, but also allows for a strong flexion of the body since the range of movement increases when the volume of soft tissue is smaller. Because the bodies were desiccated before burial, there is very little or no sediment present between the bones and the articulations are maintained by the continuous infilling of the surrounding soil supporting the bones and preventing the collapse of the articulations.

The researchers suggest that the observed patterns could be the product of a guided natural mummification process. The manipulation of the body during mummification would have taken place over an extended period of time, during which the body gradually would become desiccated to maintain its bodily integrity, and simultaneously contracted by trussing with rope or bandages to compress it into a desired position. When the process was finished, the body would have been easier to transport (being more contracted and significantly lighter than the fresh cadaver) while ensuring that it was buried while retaining its appearance and anatomical integrity.

If mummification in Europe was older than previously known, a range of insights relating to the mortuary practices of Mesolithic communities arise, including a central concern for maintaining the integrity of the body and its physical transformation from a cadaver to a curated mummy. These practices would also underscore the significance of the burial places and the importance of bringing the dead to these locations in a manner that contained and protected the body, following principles that were culturally regulated, highlighting the significance of both the body and the burial place in Mesolithic Portugal 8,000 years ago.

The results are now published in European Journal of Archaeology.