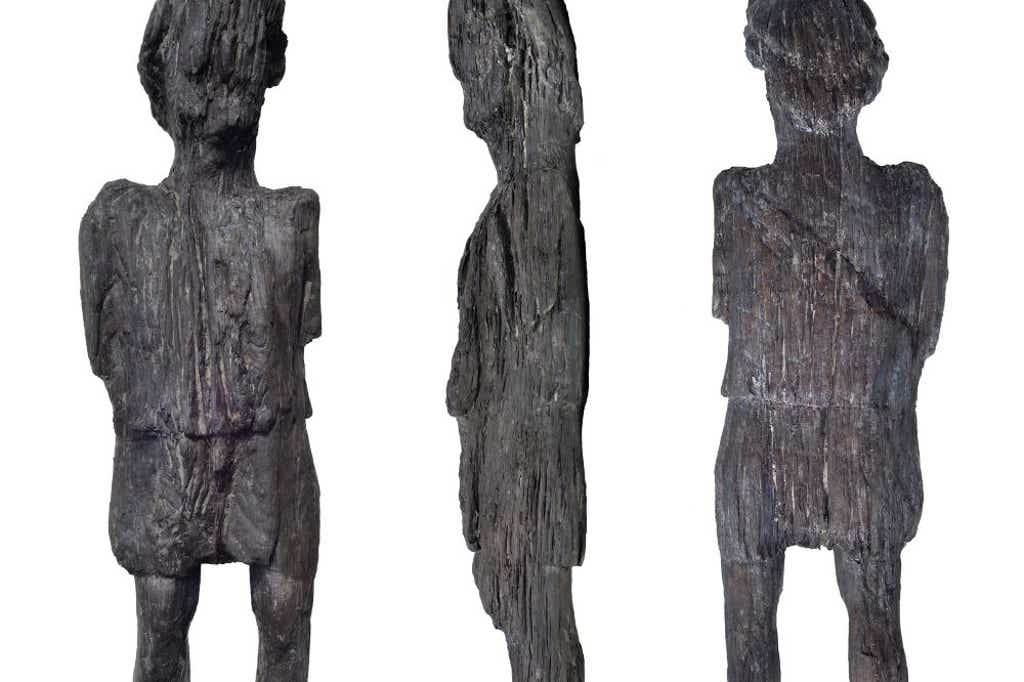 An extremely rare, carved wooden figure from the early Roman era has been discovered in a waterlogged ditch during work on the HS2 project.

The discovery was made by experts from Infra Archaeology, working for HS2’s contractor Fusion JV.

The 67cm tall statue is made of a single piece of wood. Given its age and substance, archaeologists said its preservation was “amazing,” but the absence of oxygen in the ditch helped prevent decay over many generations.

The style of the carving and the tunic-like clothing suggests the figure could date from the early Roman period almost 2,000 years ago.

Shards of pottery dating from 43-70 AD were also discovered in the same ditch.

“The quality of the carving is exquisite and the figure is all the more exciting because organic objects from this period rarely survive,” said Jim Williams, a senior science adviser for Historic England.

Its hat and haircut are among the many details that may still be observed. The head is tilted slightly to the left, the tunic in the front appears to be gathered at the waist going down to above knee level, and the legs and calf muscles are pronounced.

Archaeologists believe that wooden carved images were given to the gods as gifts, though they are unsure of the figure’s intended use.

Further north, 80 archaeologists working on the train project spent a year excavating an Iron Age settlement that grew into a prosperous Roman trade center near a little village in South Northamptonshire.

Although the site has been known since the 18th century, experts believe the magnitude and quality of the finds have exceeded their expectations.

Archaeological investigation is a legally binding condition of the HS2 project and is funded as part of the overall budget, estimated in 2019 at £45bn for phase one.