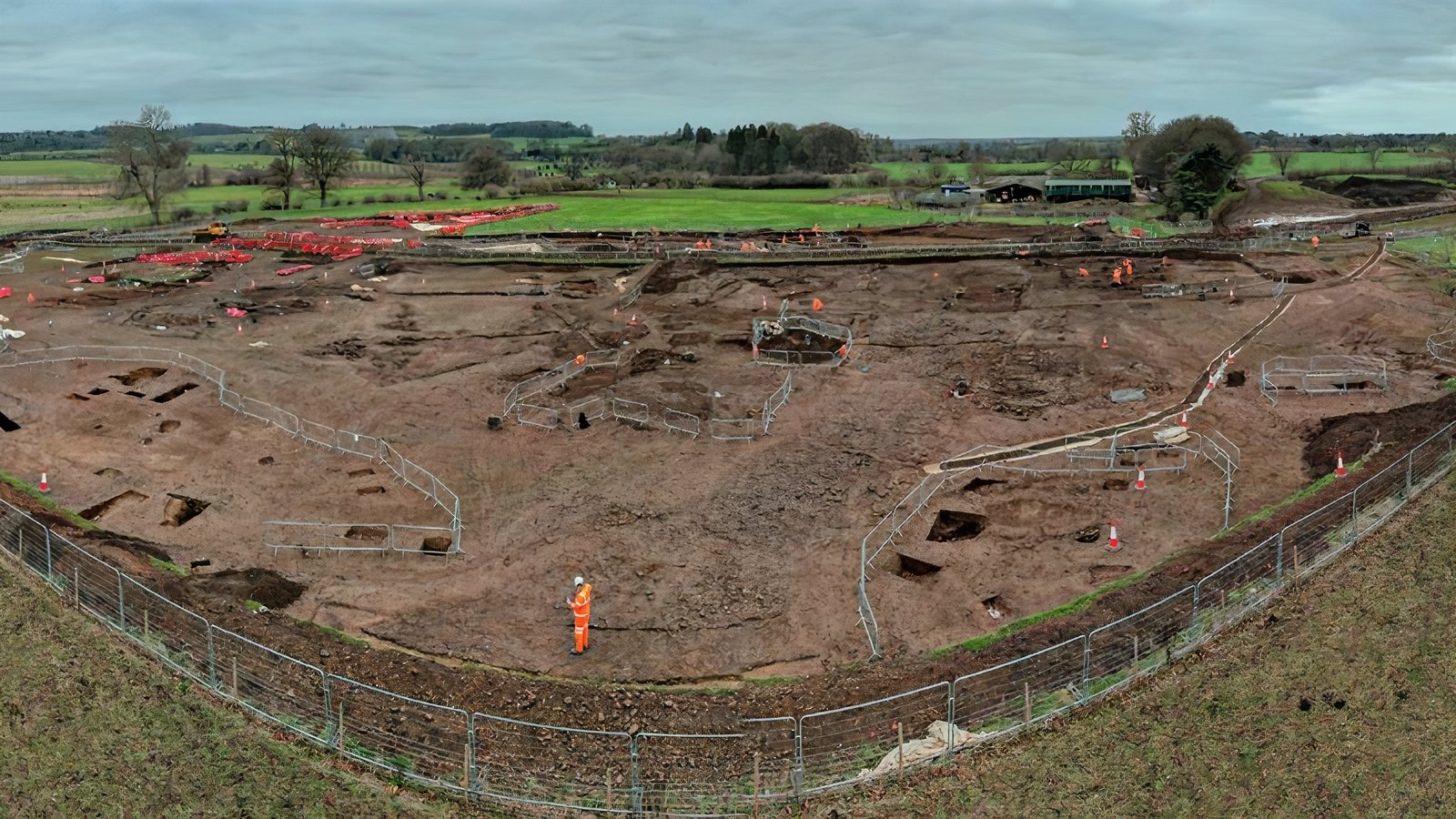 Evidence found during a dig of the site near the village of Chipping Warden in Northamptonshire has shown how the settlement, believed to have been established in about 400 BC when it was made up of more than 30 roundhouses, expanded during the Roman era in the years around 300-400 AD, with new stone buildings and new roads emerging.

The site, known as Blackgrounds after the black soil found there, is one of more than 100 to have been examined by archaeologists between London and Birmingham since 2018, with experts saying it turned out to be “one of the most impressive.”

The archaeologists found more than 300 Roman coins along a wide road, suggesting that commerce in the area was significant as the village developed into a wealthy town.

The 10-metre wide road also indicated that the settlement would have been very busy with traffic.

The archaeologists found the settlement divided into domestic and industrial areas, with evidence of workshops, kilns, and well-preserved wells.

In one part of the site, the earth was bright red, suggesting the area would have been used for activities involving burning, such as bread-making, foundries for metalwork, or a kiln.

Other artifacts found during the dig highlighted the wealth of the inhabitants, such as glass vessels, highly decorative pottery, jewellery and even traces of the mineral galena – a substance that was crushed and mixed with oil to be used as make-up.

Half a set of shackles was also discovered, suggesting criminal activity or slave labour in the area.

“A particular highlight for me has been understanding the emerging story of Blackgrounds, which we now know spans multiple time periods.

“Uncovering such a well-preserved and large Roman road, as well as so many high quality finds, has been extraordinary and tells us so much about the people who lived here.

“The site really does have the potential to transform our understanding of the Roman landscape in the region and beyond.”

Mike Court, the lead archaeologist for HS2, added: “The opportunity to carefully examine a site such as Blackgrounds, and map out a long history of the site, brought to life through artifacts, building remains and roads, has enabled us to provide a more in-depth understanding of what life was like in rural South Northamptonshire in the Iron and Roman Age.”