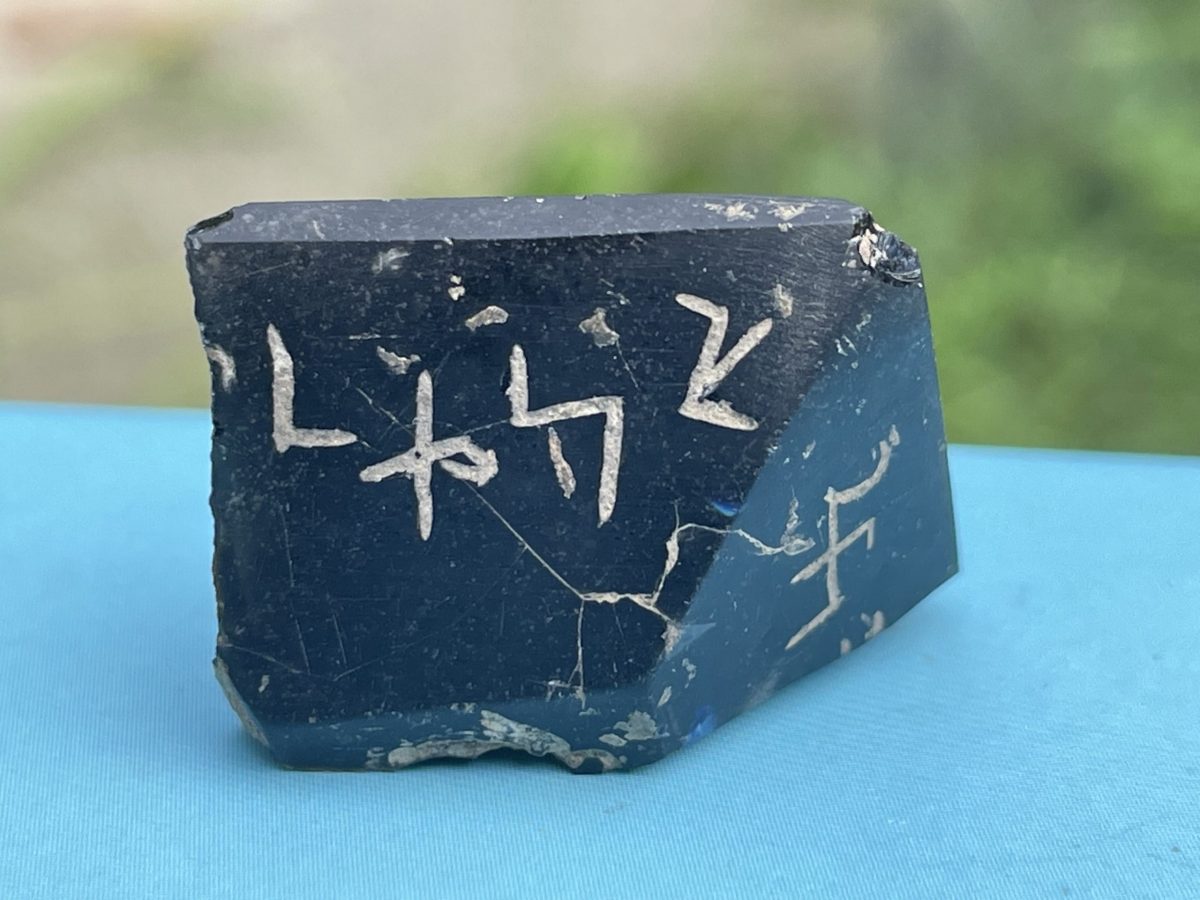 During archaeological excavations in the ancient city of Amastris in the Amasra district of northern Turkey’s Bartın, an enchanted amulet stamp seal thought to belong to the ancient Egyptians was discovered.

While the archaeological excavations, which began in June under the direction of the Amasra Museum Directorate and scientific consultation from Bartın University, have continued to unearth historical remains, a rare find has recently been discovered.

The Pyramidal stamp seal amulet has a height of 2 centimeters (0.78 inches) and a pyramidal shape of 0.9 centimeters. The amulet features various markings, such as a right hand holding a sword, two wings, and letter characters.

Associate professor Fatma Bağdatlı Çam, head of the Archeology Department of the Faculty of Literature at Bartın University, told reporters that the amulet is the first unique artifact found in a Roman structure built from marble, dating back to the second century A.D.

Çam explained that the amulet is an artifact with a square base and pyramidal form at the top and made of obsidian stone.

“We see that there is a figure depicting the god Bes, whom we know from the Egyptian religion, depicted with incised lines at the base of the work. On the upper part of the work, we see that there are letter characters and talismanic words from the ancient Egyptian religion called demotic. The letter characters on the work probably represent this meaning of protection. As a kind of talismanic object, we can define it as an object that a person wears to be protected from evil and diseases or in whatever sense he wants to be protected. We can say that it is the only example of its kind found from the Roman layer in Anatolia during excavations,” Fatma Bağdatlı Çam said.

Çam stated that the discovery of the artifact is an important and exciting development for archaeologists.

“We will investigate what this seal means and whether the person wearing it is a priest, a religious official, or whether someone carries it for health and safety purposes. Perhaps we will find out whether a soldier in the legion brought it here (after) his mission in the east.”

Amasra’s coast was host to the Phoenician colony, Sesamus, in the 12th century B.C. The colony’s heyday was during the rule of Iranian Princess Amastris.