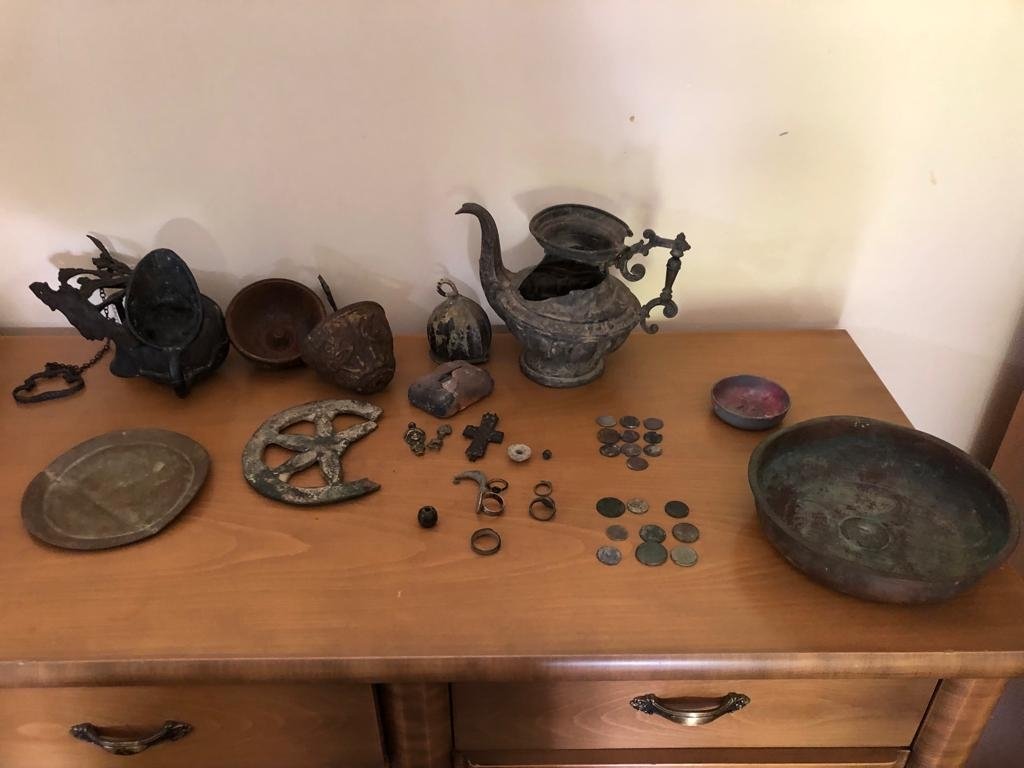 Turkish security forces searched locations in 38 regions on Tuesday in one of the largest operations against artifact smugglers, with arrest warrants issued for 143 people.

The operation, dubbed “Operation Heritage,” was aimed at those who were sending antiquities from unlawful excavations to auction houses in other countries.

After the “Anatolian” operation against those who smuggled historical artifacts from Turkey to Europe, the smugglers were not allowed in with the “Heritage” operation.

The operations, which took place in the central province of Konya, were the culmination of an investigation that lasted about a year. With arrest warrants issued by the Chief Prosecutor’s Office in Seydişehir district, police anti-smuggling and organized crime units confiscated wealth of artifacts in operations.

Seydişehir is well-known for its rich history, which includes Neolithic civilizations, Hittites, Seljuks, and Ottomans, as well as Roman domination. Most of the artifacts extracted from the area are on display at the Konya Archaeological Museum.

Security sources told media outlets that the smuggling organization was broken into four divisions. One group consisted of “diggers,” who conducted the dirty job of illegally excavating archaeological sites and other conserved locations. They gave the valuable antiquities they discovered to “collectors.” The “collectors” then passed them on to “marketers,” who were ringleaders in charge of promoting artifacts to auction houses in other nations. The items were smuggled overseas by a fourth group known as “couriers.”

One of those “couriers,” a truck driver, assisted investigators in determining the scope of the smuggling. The driver was apprehended while attempting to ship 1,736 antiquities to a British auction firm through freight through Austria. A study by specialists from the Culture and Tourism Ministry revealed that the bulk of the items originated in Anatolia and therefore, the property of Turkey.

Investigating the suspects’ bank accounts, security officials determined that the ringleader was sent a huge sum of money by six auction houses in Europe and the United States, among others, and that the money was distributed among members of the ring.

The operation also thwarted the sale of a Byzantine-era empire seal smuggled from Turkey at an auction house in Switzerland for 28,000 Swiss francs ($29,144), media outlets reported.

Turkey in recent years, it has undertaken a fresh legal campaign to reclaim the Anatolian heritage that has been transferred overseas. Thanks to the efforts of the country’s anti-smuggling officials, the government recovered around 3,480 of its cultural treasures in 2021.