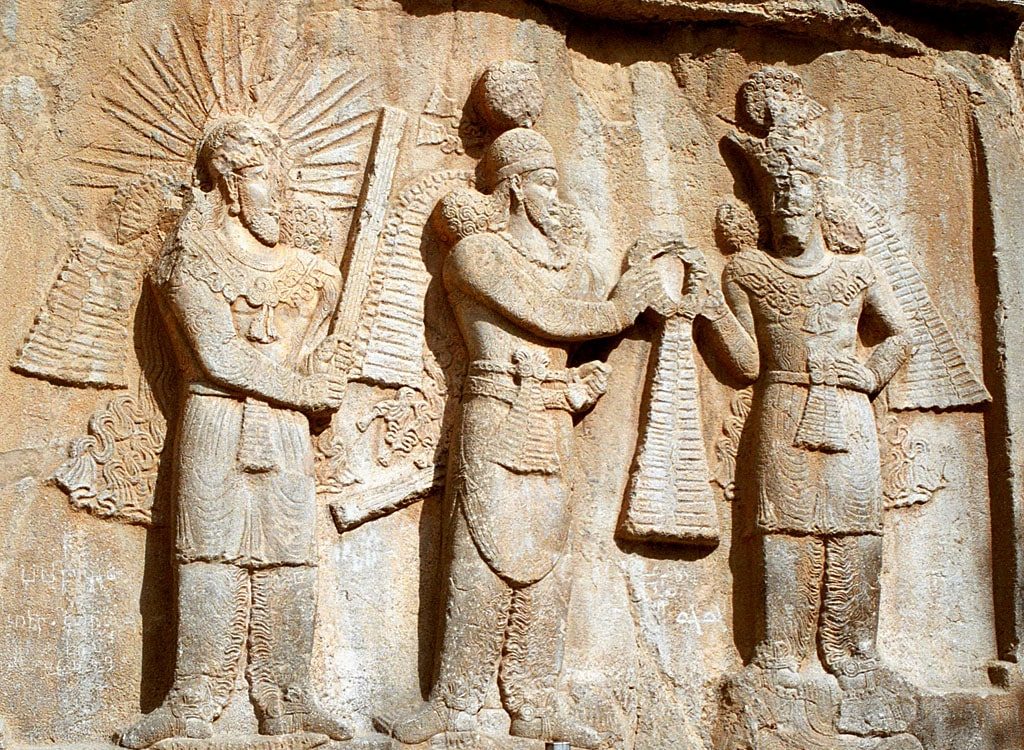 Mithra was a deity common to at least two branches of Indo-European people, namely Iranians and Indo-Aryans.

Mithra also spelled Mithras, Sanskrit Mitra, in ancient Indo-Iranian mythology, was the god of light, whose cult spread from India in the east to as far west as Spain, Great Britain, and Germany.

“Mitra”, which means friend, pal in Sanskrit, was also used in the meaning of “agreement, contract” in Avesta, where it was referred to as “Mithra”. It is stated that both words, Mitra and Mithra, are derived from the same name mitrá “contract”, which evokes the meanings of “contract, agreement, treaty, alliance, and promise”. The fact that both words are derived from a word that means a contract, shows that Mitra is a god associated with moral behaviors rather than the sun.

Mithra, with this together, was the god of the rising sun, contracts, covenants, and friendship, and was responsible for the regular change of seasons and cosmic order.

He was also protector of the faithful and guide toward asha (truth) and the most powerful warrior against the forces of darkness. He is often paired with Anahita, the goddess of fertile waters.

The worship of Mithra, whose influence decreased during the Zoroastrian period, gained importance again, especially in the Achaemenids (550-330 BC) period after Zoroaster. While in the early Achaemenid inscriptions only Ahura Mazda was invoked as “the greatest of the gods”, in later inscriptions, in addition to Ahura Mazda, Mithra, and the goddess Anahita were prayed to bless the imperial dynasty and the kingdom.

God Mithra is depicted as riding in a chariot drawn by white horses, armed with a silver spear, a bow and arrows of gold, daggers, axes, and his famous mace, the most formidable of his weaponry. As the god who controlled cosmic order, he was responsible for the protection and dispensation of the farr (“divine grace”) which legitimized a king’s rule. Mithra granted a monarch the right to rule and, when the king violated the contract by unrighteous behavior, the divine grace was withdrawn and given to another found worthier.

Mithra is best known from the Roman mystery religion, the Cult of Mithras, which, though no doubt influenced by the Roman army’s association with Persian religion on their campaigns, is a distinct belief system having nothing, finally, to do with Persian/Iranian worship of Mithra pre-Zoroaster.

We wanted to finish this article with one of the most beautiful passages (4.3-4) from the Avesta hymn praising Mithra as translated by the famous Iranist Ilya Gershevic.

“Grass-land magnate Mithra we worship, whose words are correct, who is challenging, has a thousand ears, is well built, has ten thousand eyes, is tall, has a wide outlook, is strong, sleepless, (ever-)waking, whom the warriors worship at (=bending down close to) the manes of their horses, requesting strength for their teams, health for themselves, much watchfulness against antagonists, ability to strike back at enemies, ability to rout lawless, hostile opponents. [Mithra] who is the first supernatural god to approach across the Har_, in front of the immortal swift-horsed sun; who is the first to seize the beautiful gold-painted mountain top; from there the most mighty surveys the whole land inhabited by Iranians, where gallant rulers organize many attacks, where high, sheltering mountains with ample pasture provide solicitous for cattle; where deep lakes stand with surging waves; where navigable rivers rush wide with a swell towards Parutian Iškata, Haraivian Margu, Sogdian Gava, and Chorasmia.” 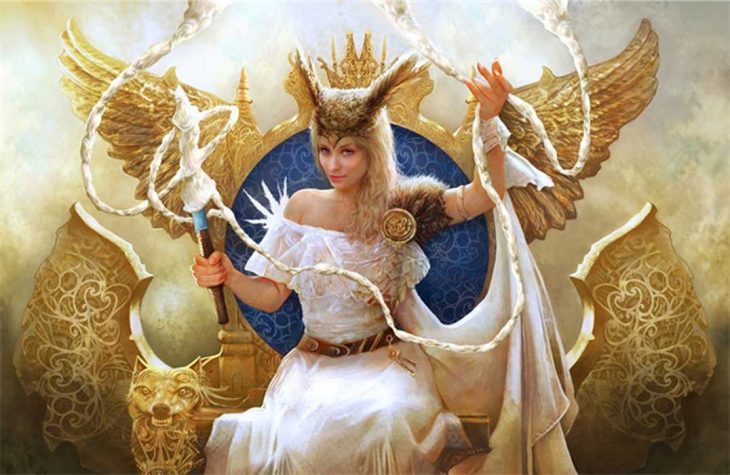 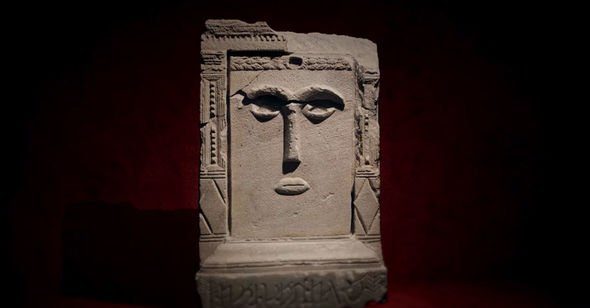 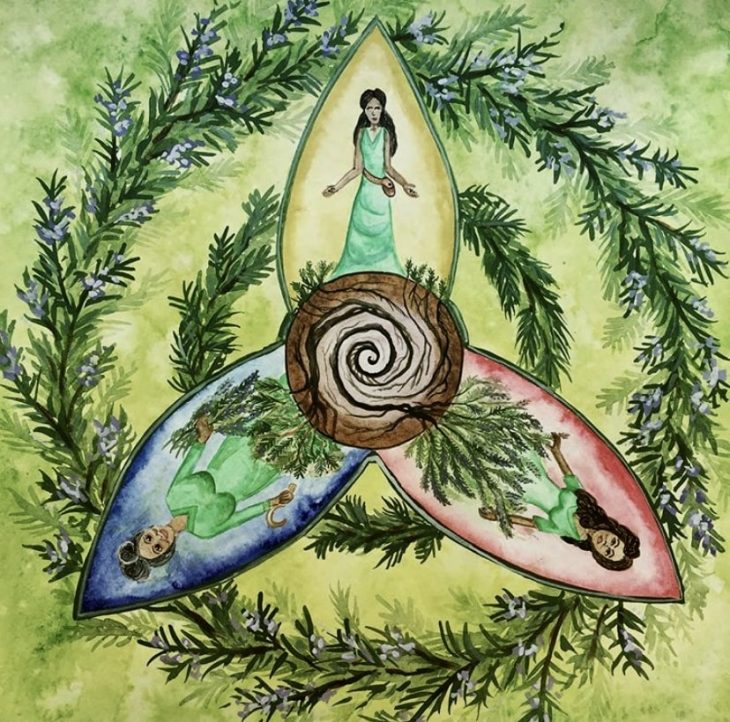 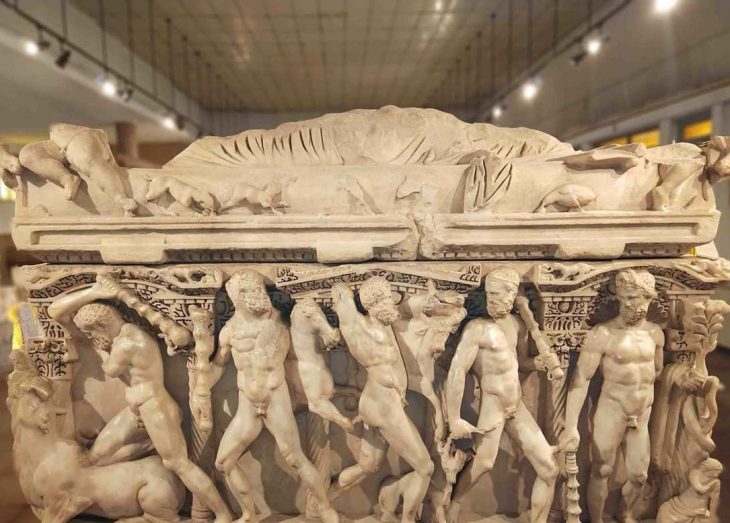