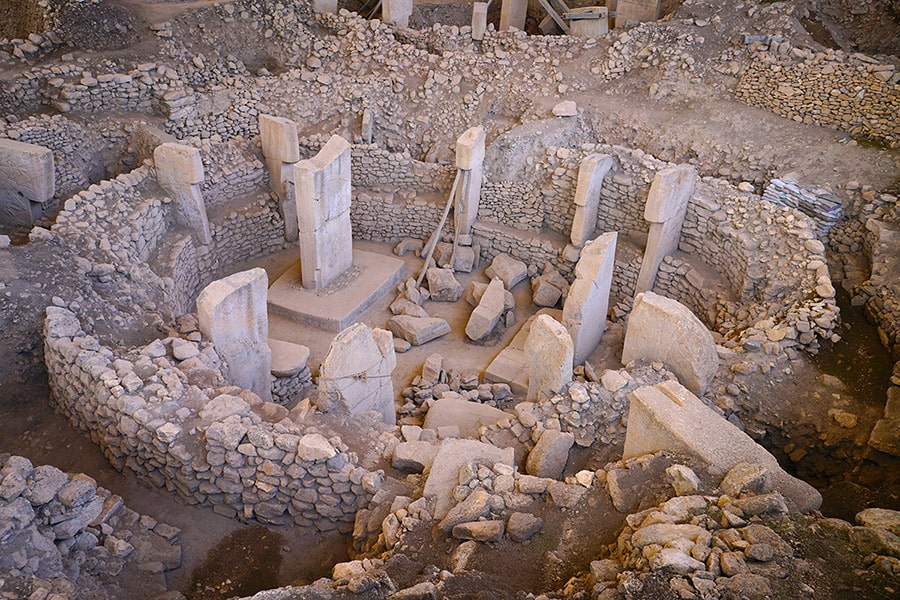 A copy of one of the famous ruins of Göbeklitepe, known as the oldest temple in the world, will be gifted to the UN.

A copy of a work from Göbeklitepe, which is described as “zero points of human history’” with its 12.000-year-old of history in Sanliurfa, will be exhibited at the United Nations Headquarters in New York.

A copy of the “P18” numbered obelisk (stele) with a height of 5.5 meters, located in the section called D structure of Göbeklitepe, which is a world cultural heritage, will be made from hard limestone and will be presented to the United Nations as an official art gift.

The monolith of Göbeklitepe, which was in the spotlight worldwide in 2019, designated the Year of Gobeklitepe, will be the second Anatolian artifact exhibited at UN headquarters in Manhattan and is set to be on permanent display to help introduce the universal cultural heritage of the cradle of civilizations.

An enlarged copper copy of the Egyptian-Hittite peace treaty known as the Treaty of Kadesh – one of the world’s oldest examples of diplomatic texts, dating back to around 1280 BC – had presented to U Thant, then UN secretary-general, in 1970.

In 2019, preliminary contacts were made by the officials of the Ministry of Foreign Affairs of the Republic of Turkey to present a copy of a work belonging to Göbeklitepe as a second work from Turkey to the UN exhibition.

Göbeklitepe dates from the Neolithic era. It is estimated that the site dates back 12,000 years. It is also older than Stonehenge, Egypt’s Pyramids, and Malta’s circa-3600 BC Megalithic temples. The oldest known temple on the planet is Göbeklitepe! While several sources believe Göbeklitepe to be a village, research suggests that the site may have been a meeting point constructed according to hunter-gatherer belief systems, a point built for hunting and trade – a critical need at the time.

Göbeklitepe was discovered in 1963 when researchers from Istanbul and Chicago universities were working at the site.

Turkey’s Culture and Tourism Ministry designated the site as a 1st Degree Archaeological Site in 2005, and it was added to the UNESCO World Heritage Temporary List in April 2011. With the act of the Committee convened in Bahrain in July 2018, Göbeklitepe, which had been on the applicant list for seven years and reshaped history, was qualified to join the UNESCO World Heritage List.