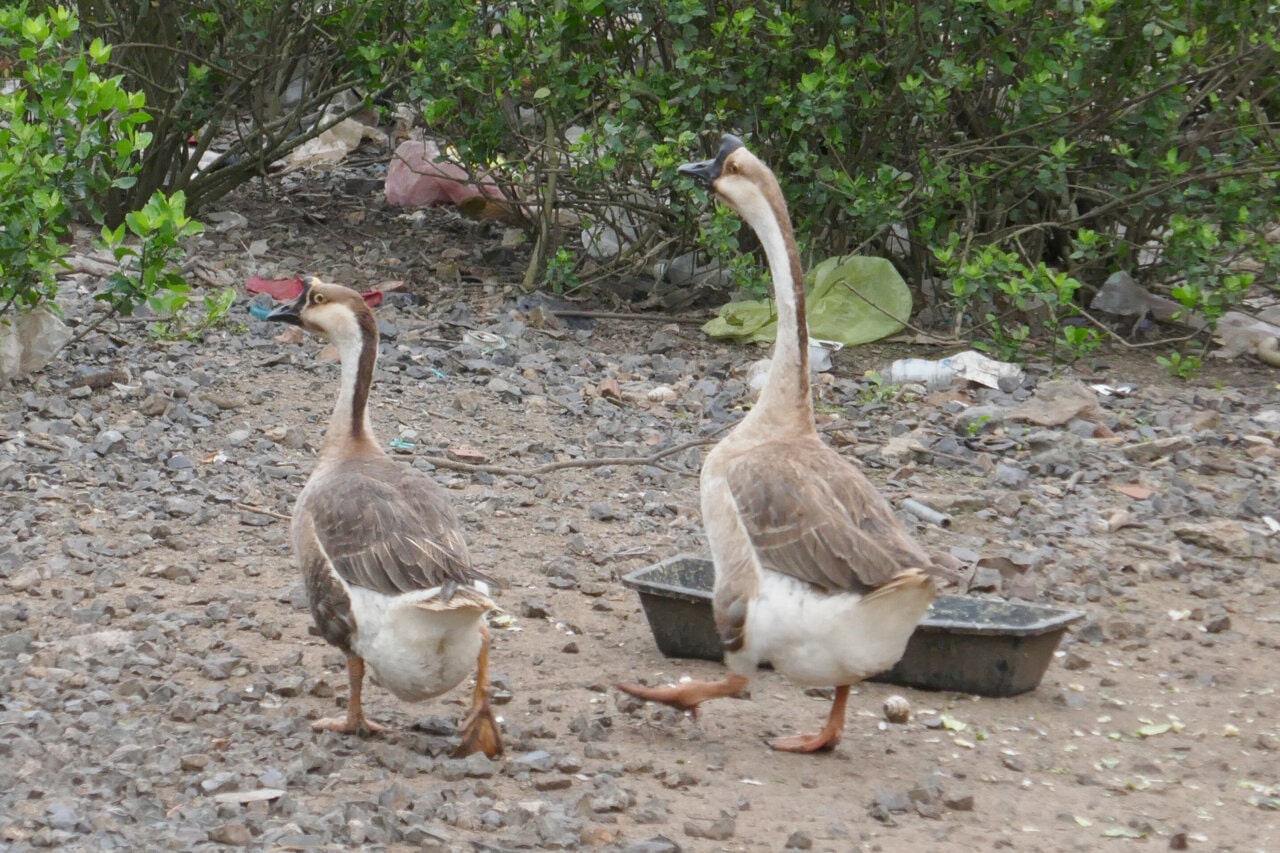 Geese may have been domesticated in what is now China as early as 7,000 years ago, according to a study of preserved goose bones. Since the time of domestication of chickens is uncertain, this may make them the first bird to be domesticated before chickens.

Masaki Eda and colleagues performed histological, geochemical, biochemical, and morphological analyses on goose bones from a 7,000-year-old rice cultivation village in the Yangtze River valley in China to uncover evidence of early domestication.

In their paper published in Proceedings of the National Academy of Sciences, the group describes their study of goose bones found at Tianluoshan—a dig site in east China.

Morphological analysis suggested that local geese were kept for multiple generations, given that they had a consistent body size compared with wild geese. They also found evidence suggesting that the birds had been locally bred based on chemicals in their bones that likely came from a local water source. And all of the adults were approximately the same size, which indicates captive breeding.

Together, the bones, which were radiocarbon dated to 7150–6670 years ago, exhibited signs of early goose domestication. Based on butchering and manufacturing marks on the bones, the authors suggest that geese were locally bred to meet the demand for meat and bone tool materials when wild, migratory geese were unavailable.

The researchers suggest that the evidence they found provides strong evidence for the domestication of geese in China nearly 7,000 years ago. A finding that could mean that geese were the first birds to be domesticated.