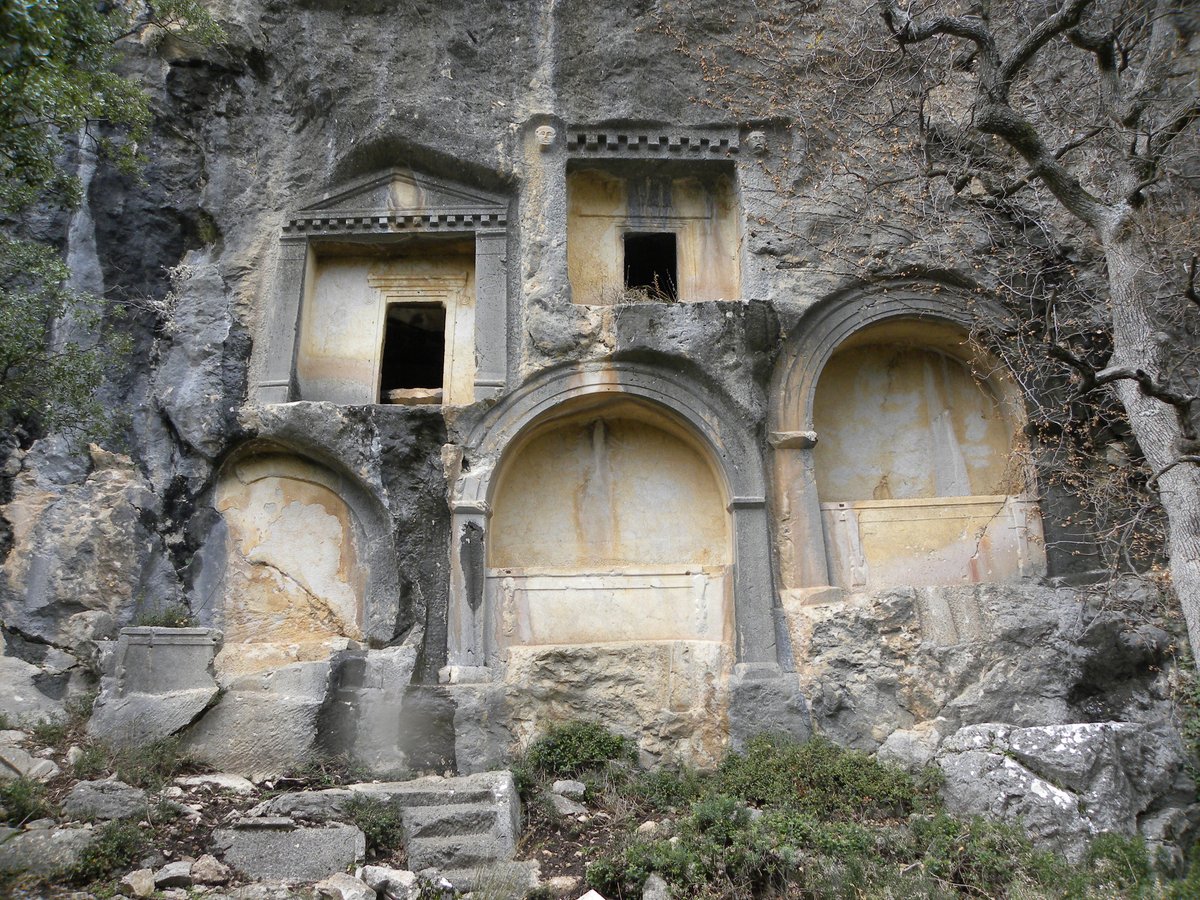 We are witnessing more and more of the unscrupulousness, cruelty and torture inflicted on our animal friends every day.These news of rabbits skinned alive for their fur, birds whose feathers were removed, dogs tied to the back of the car, cats whose paws were cut off, and other animal friends who were brutally raped, constantly appear and leaving us in indescribable sorrow.

All conscientious people raise their voices to these brutal crimes against animals and participate in voluntary organizations for governments to make positive policies. Because our animal friends deserve this. We love them.

This conscience and sense of responsibility reach today’s people like a lesson through a tomb in history. This grave descends like a slap for people who are cruel to animals.

We are talking about the dog sarcophagus discovered in the excavations of Termessos Ancient City located within the borders of Antalya.

The sarcophagus unearthed during the Termessos Ancient City excavations was originally thought to be a baby sarcophagus. With the deciphering of the inscription on the sarcophagus, it was determined that this sarcophagus was not made for a baby but belonged to a dog.

The following is written in the deciphered inscription of the sarcophagus, which was built for Stephanos by a rich woman living in Termessos and who loves her dog, named Rhodope.

“……It was Rhodepe’s happiness It ……. … they would summon, Those who played with cute Stephanos. He is hiding inside (this grave) what suddenly death takes away. This is the tomb of the disappearing dog Stephanos. Rhodope cried to him and buried him like a human. I am Stephanos the dog, Rhodope built my grave. ”

Where is Termessos Ancient City?

It was a fortified ancient city called Solymi (also known as Solim) by the Pamphylian tribes (descendants of the Luvi) near the top of the Solymos (Mount Gulluk) mountain in the Taurus mountain range. It attracts attention with its unique tombs. The remains of Güllük Mountain can be reached by a special road climbing left from the 24th kilometer of the Antalya-Korkuteli highway.

Termessos, who did not surrender by making a great defense against the siege of Alexander the Great in 333 BC, was taken by Ptolemy afterward. It has a different political relationship with Rome. The Roman Senate was given the right to determine the administration by making its own laws, independently in internal affairs for Termessos. Termessos is a rare city that issued coins in its own name.

Termessos did not exist after the Roman period. Disasters such as earthquakes and floods have been factors affecting the region in terms of the settlement. Termessos has many temples and akropol. The variety and decorations of his tombs are very rich. Büyük İskender döneminin önemli komutanlarından Alketas’ın (MÖ 319) mezarı dikkat çekicidir.