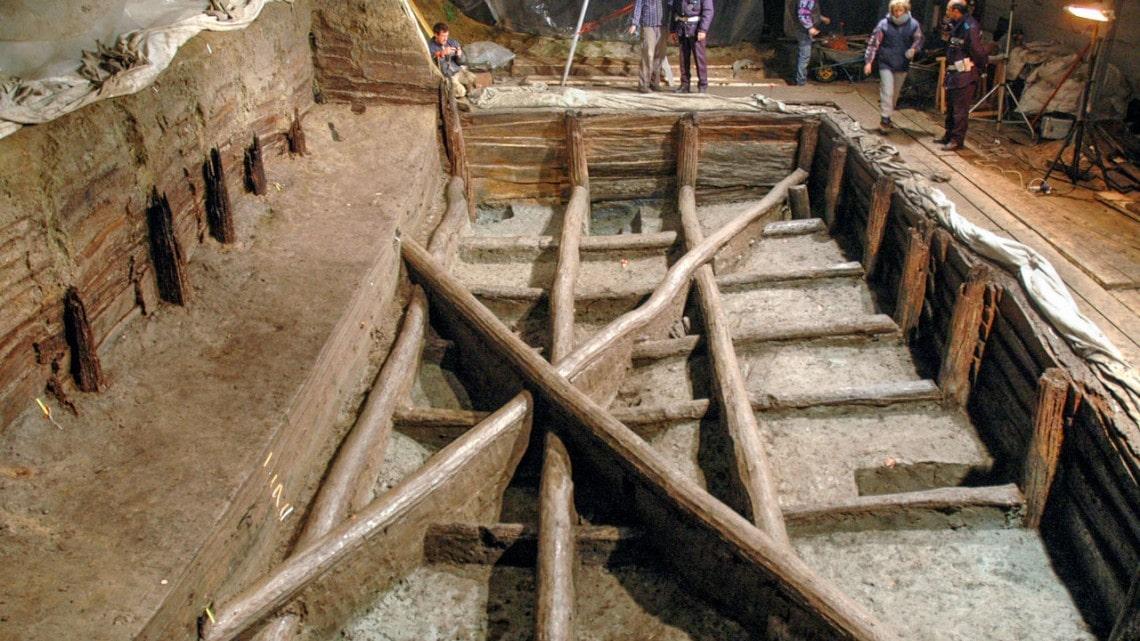 The Noceto Vasca Votiva is a one-of-a-kind wood building discovered in 2005 on a tiny hill in northern Italy. The in-ground building, constructed mostly of wood and somewhat larger than a home swimming pool, has remained a mystery, as has the date of its creation.

Italian researchers estimated its origins go back to the late Middle Bronze Age, sometime between 1600 and 1300 BCE.

The Cornell Tree-Ring Laboratory near Ithica, New York, has identified an old wooden water tank known as the Noceto Vasca Votiva as a relic from the mid-15th century BC using their own patented methods. This suggests that the in-ground reservoir was constructed around 3,500 years ago by ancient residents of a productive agricultural valley near the contemporary town of Noceto in the province of Parma.

A Cornell University team led by Sturt Manning, Distinguished Professor of Arts and Sciences in Classics and director of the Tree-Ring Laboratory, used dendrochronology and a form of radiocarbon dating called ‘wiggle matching to pinpoint, with 95% probability, the years.  Within that timeframe, they were able to date the construction of the lower and upper tanks of the Noceto Vasca Votiva to the years 1444 BC and 1432 BC respectively. The ‘wiggle-matching’ method developed at the Cornell Tree-Ring Laboratory is impressively accurate, and in this instance the margin of error for these specific dates is just four years.

There has been debate regarding who built the Noceto Vasca Votiva and why since it was found 17 years ago. Now that experts know when it was built, they are closer to addressing these issues than ever before, and their findings have recently been published in the journal PLOS One.

Why Was the Noceto Vasca Votiva Built? A Possible Explanation

The basin was constructed at a time when prehistoric Italy was going through a period of rapid societal and cultural change.

Populations were expanding and living in a more concentrated fashion. As the material needs of settlements grew, trade networks were beginning to form across longer distances. The world of prehistoric Italy was becoming more urbanized in its scale and outlook.

“You’ve had one way of life in operation for hundreds of years, and then you seem to have a switch to fewer, larger settlements, more international trade, more specialization, such as textile manufacture, and a change in burial practices,” Sturt Manning told the Cornell Chronicle .

He believes these changes may have had something to do with why Noceto Vasca Votiva was constructed.

“There is something of a pattern all around the world,” he explained. “Nearly every time there’s a major change in social organization, there tends often to be an episode of building what might be described as unnecessary monuments … Stonehenge marks a major change in southern England. Noceto is not the scale of Stonehenge, but it has some similarities – an act of major place-making.”

During turbulent times, when conventional methods are being uprooted, the populace may feel a strong need to cling to something solid and timeless. Something spiritual in nature that can bring individuals together throughout generations regardless of lifestyle changes. A power capable of bestowing favor and ensuring good fortune during a tough transition period.

The characteristics of Noceto Vasca Votiva support the assertion that it was used for ritual rather than practical purposes. It was too far from the center of the local settlement to have been used as a source of drinking or bathing water. It had no channels or outlets for irrigation, at a time when irrigation systems were being built everywhere.

Most revealing of all, many of the artifacts found at the site, including many ceramic pottery pieces, organic food remains, figurines, and small personal items made from stone or wood were found inside the large water tank. This shows they were deliberately put there, presumably by individuals seeking blessings from a higher power.

“It’s tempting to think it was about creating a reflective surface that you can see into, and where you put some offerings, but you’re also looking at the sky above and the linking of land, sky and water (rain),” Manning said.

At that time, the climate in Italy had become increasingly arid. In response, people in the region had built extensive irrigation and water management systems to keep their crops growing and prevent their culture from collapsing. In these circumstances, divine assistance from the powerful spirits of nature would have been most welcome, the blessings of the spirits of the water would have been especially coveted.