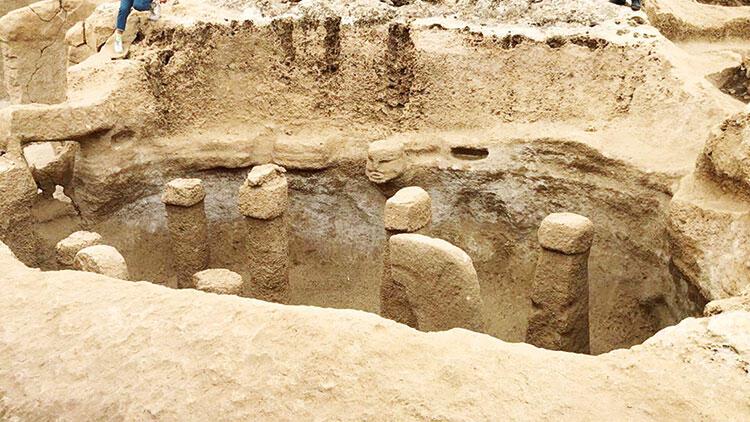 There is still plenty to learn about the Neolithic Age!  The vast land of Taş Tepeler, which houses other sites similar and contemporary to Göbeklitepe, can reveal the mysteries of the period.

After Göbeklitepe showed a striking example of the first Neolithic settlements, the archaeology world understood that the lands of Şanlıurfa are vast and hold many mysteries yet to be revealed.

Studies carried out in Şanlıurfa province in Turkey in recent years have enabled the determination of settlements indicating the existence of a different phase within the Pre-Pottery Neolithic period.

The region of these settlements is named “Taş Tepeler,” literally meaning Stone Hills. Taş Tepeler is an Anatolian and Upper Mesopotamian region that held the oldest established settlements, spanning 200 kilometers from one end to the other.

As a result of the studies carried out in the province of Şanlıurfa in recent years, the number of settlements with “T” shaped obelisks has increased to 12. These; Nevali Çori, Göbeklitepe, Şanlıurfa – Yeni Mahalle, Karahan Tepe, Hamzan Tepe, Sefer Tepe, Taşlı Tepe, Kurt Tepe, Harbetsuvan Tepe, Sayburç and Ayanlar Höyük.

Among these settlements, Ayanlar Höyük and Karahan Tepe are large settlements in the scale of Göbeklitepe, as they have an area of approximately 100 acres.

With the coal samples obtained from the studies in Yenimahalle, as a result of radiocarbon analysis, it was understood that the settlement was contemporary with other Neolithic centers in the region.

It is now certain that the Urfa statue, which was found by chance near this settlement in 1993, belongs to the settlement here. The posture and style of the statue show that it is a successor of the “T” shaped stelae recovered from Göbekli Tepe and Nevali Çori.

It is a small mound that is contemporary with other settlements, located 10 km south of Şanlıurfa.

In Hamzan Tepe settlement, both civil and cult areas coexist, as in Nevali Çori and Çayönü. Finds from the Lower Paleolithic period and Byblos and Nemrik type tips specific to the Pre-Pottery Neolithic period were found at the settlement.

Karahan Tepe is 63 km southeast of Şanlıurfa. The scale of the settlement is as big as Göbeklitepe and 266 “T” shaped obelisks were found in situ.

Sefer Tepe settlement is located within the borders of the Viranşehir district, approximately 70 km east of Şanlıurfa.

On the surface of the settlement, 16 “T” shaped stelae were found in situ. With these locations, Göbekli Tepe II. The obelisks in the strata architecture show great similarities with the Nevali Çori obelisks and the in situ stelae on the surface of Karahan Tepe.

Small groups of cavities and a pool carved into the bedrock were found on the limestone rocks around the mound. The quarries, which are thought to have excavated the stelae found in the mound, are also located northeast of the hill.

One of the newly discovered settlements is Harbetsuvan Hill. It is located 45 km east of Şanlıurfa.

There are tie and finger reliefs on the “T” shaped stela unearthed in the settlement. Harbetsuvan settlement is located approximately 7 km southwest of Karahan Tepe settlement.

Ayanlar Höyük was discovered in 2013. It is located near the village of Ayanlar, about 30 km west of Şanlıurfa.

Although no “T” shaped stelae could be found in Ayanlar Höyük, this find gives important clues that it could be a cult center like Göbekli Tepe and Karahan Tepe.

Researchers think that since the end of the 9th millennium BC, such settlements were abandoned by covering them with soil, and the first agricultural communities began to be established on the plains and near the waters.

The recent finds from the Karahantepe excavations are exhibited at the Şanlıurfa Archaeological Museum in the “Karahantepe and Neolithic Human Exhibition”, which opened on September 23, 2021.

In this article, excerpts are made from the article titled “The Neolithic Period in and around Urfa in the Light of New
Findings” by Bahattin Çelik and Kaya Tolon.