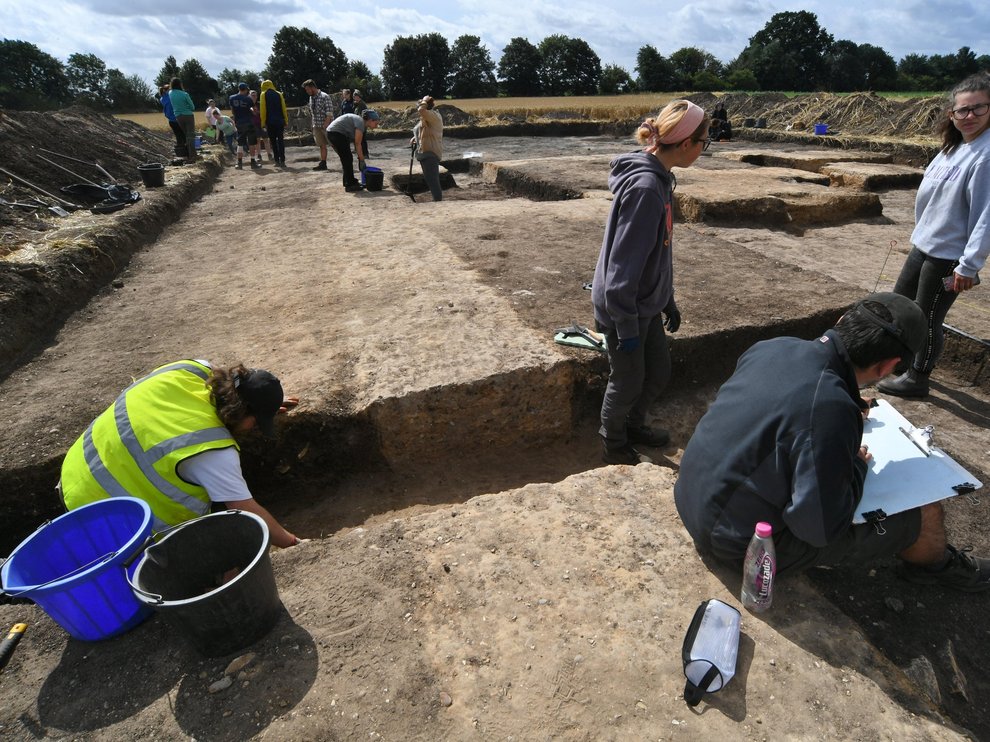 Excavations in Abbey Church Field in Crowland, near Peterborough, have also yielded such amazing finds results for archaeologists.

The archaeological excavation by students from Sheffield and Newcastle universities, which took place at a site traditionally connected with the hermit St Guthlac, concluded with an open day at the weekend.

Along with the ruins of a high-status structure, the researchers discovered a Guthlac period comb and a human poo – or coprolite – thought to be from the Saxon period.

Dr. Duncan Wright of the University of Newcastle told Spalding Today that organic material often does not survive at archaeological dig sites, and the finding of coprolite shows how well the site is preserved.

Dr. Wright said, “Coprolites give us a lot of information about the diet and how healthy people were at the time.”

Saying that they found some wooden remains, Dr. Wright added that the most important find is a comb from the time of Guthlac.

The wood is thought to be part of a gully and will be carbon-dated later to give archaeologists an exact time when the high-status hall was built. However, flint scrapes from the Mesolithic era were discovered, indicating that people have been living and working on that site for thousands of years.

As for the high-status salon, Dr. Duncan Wright, “The excavation has been really successful, and we’ve identified archaeology from the Mesolithic right to the modern period. A substantially built medieval hall was uncovered, probably dating to between the 12th and 14th centuries. This building was divided into three rooms, with an annex projecting to the west. A second building project west to east was also identified, which may be the last in a series of churches on the site,” he said.  (Peterborough Telegraph)

“Perhaps most excitingly, we excavated material from the 8th century which is the time when St Guthlac lived. This material could relate to the saint’s use of the site, and local tradition holds that this place was where he lived as a hermit,” he added.