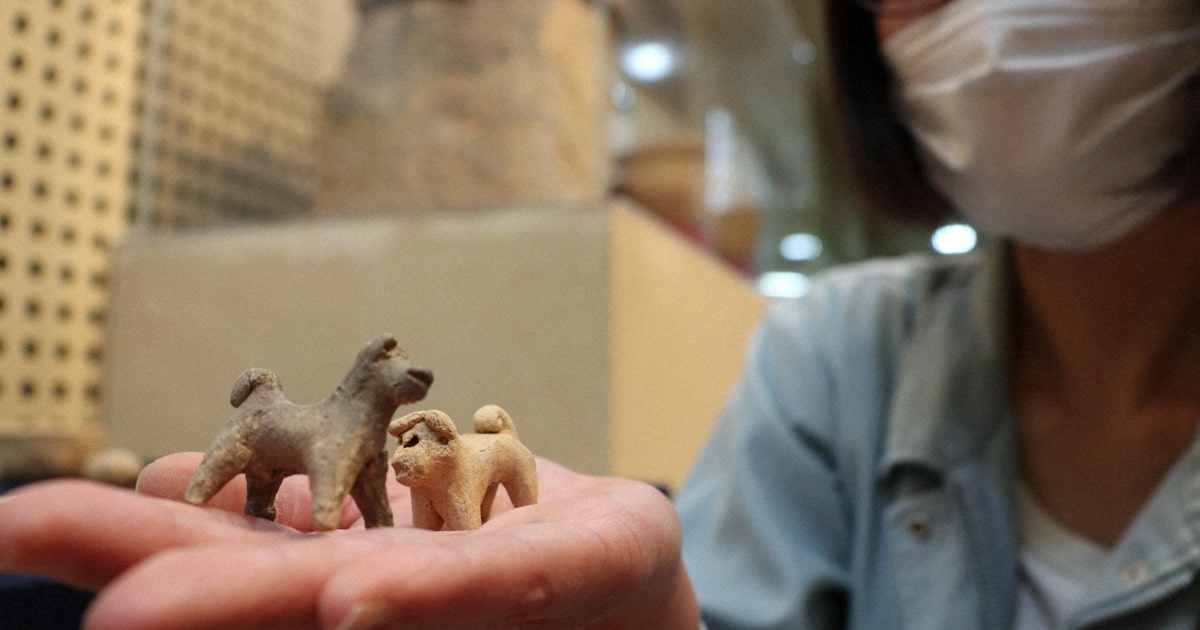 Nara was the capital of Japan from 710 to 794, also known as the Nara period, before moving to the capital Kyoto. It is on the UNESCO World Heritage list with its Ancient Nara Monuments.

Dog figurines and miniature tea dishes excavated in this ancient Japanese capital are among the exhibits at the free archaeological exhibition held in the city until the end of March.

The exhibition, which began Feb. 15 at the Nara City Archaeological Research Center, features artifacts that the center’s researchers unearthed this fiscal year. Dog figurines and miniature tea utensils were found near an ancient grave where a child is believed to have been buried.

The Akishino-amidadani ruins in the city’s Akishino district are believed to have been a tomb since the burial mound period, and items unearthed include human bones cremated in the Muromachi period (1336-1573), among other items. A miniature “hagama”, or wide-brimmed pot, was unearthed near a stone monument engraved with a posthumous Buddhist name and the date “10 October Tensho 17 (1589)”. It contained a small pot and figurines of dogs whose tails and other parts showed features of a Japanese breed.

Satoko Nagano, a 41-year-old researcher at the center, commented, “A child’s grave with burial goods in that period is rare nationally, and we can imagine with a sense of reality that they were the toys the kid loved. I hope these spark people’s interest.”