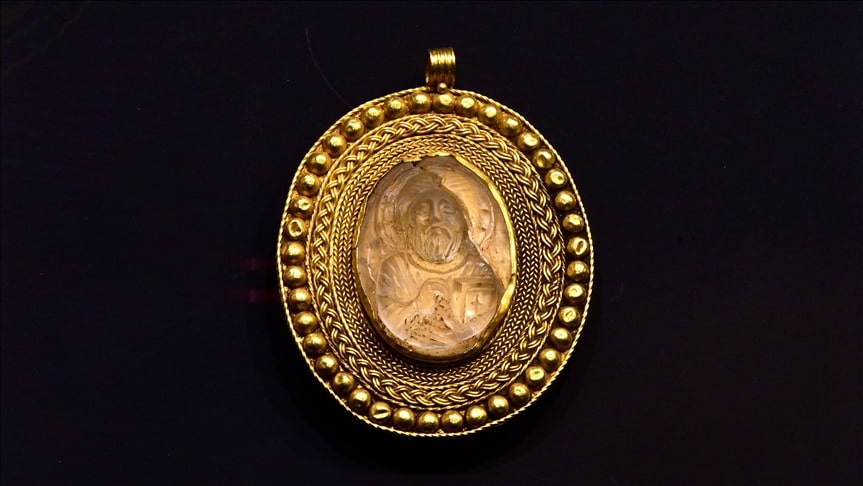 A 1,500-year-old gold medallion portraying a figure of Jesus Christ has been exhibited at a museum in Turkey’s northern province of Corum.

The figure of Jesus Christ is etched on a gemstone on a 1,500-year-old golden medallion.

In 2017, treasure hunters discovered the medallion in illicit excavations, and security teams were able to recover it after a fruitful anti-smuggling mission.

The medallion is now part of the Corum Museum’s collection. The artifact is exhibited in a special showcase in the museum.

Speaking to Anadolu Agency, Resul Ibis, an archaeologist, said the medallion is “one of the most precious items at the museum.”

Noting that the medallion named Christ Pantocrator Medallion is unique, Ibis said: “The artifact depicts Jesus Christ holding the Bible in his left hand, and raising his right hand in blessing.”

“…This depiction, which we usually see in churches, icons, and mosaics, is for the first time on a gold coin, engraved in Najaf stone on a gold filigree,” he added.

Ibis added that religious descriptions of holy people increased in the 4th and 5th centuries, noting that such artifacts were used to keep the memory of holy people alive and to evoke a sense of glorification about them while teaching religion to believers.