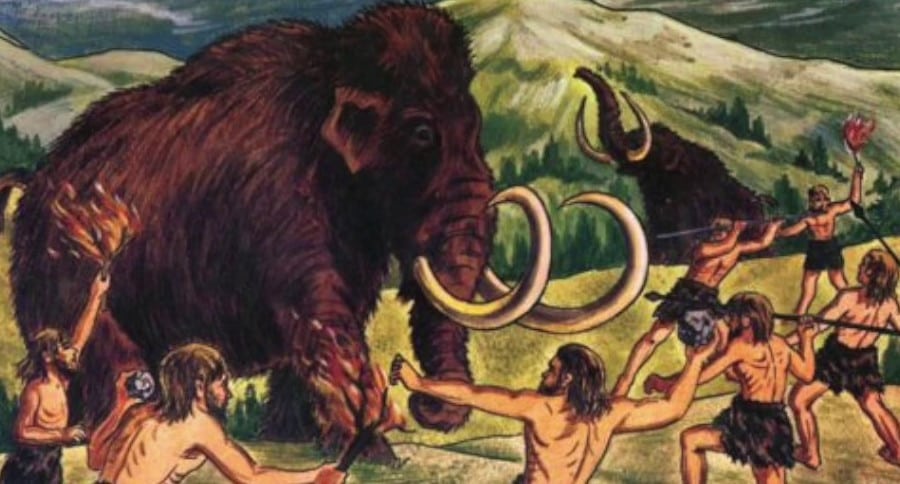 The big brain is the decisive feature of our species. Not only are they the most complex organs in the entire animal kingdom, but some scientists also claim that they are “the most complex objects in the known universe.”

However, considering our size, the human brain is much larger than you might expect. Figuring out why evolution favors such a smart brain will help us answer the biggest question in all anthropology: what does it mean to be human, and what makes us different?

During the Pleistocene period between 2.6 million years ago and 11,700 years ago, the brains of humans and their relatives grew. Now, scientists at Tel Aviv University have a new hypothesis about why: Scientists have proposed that as the largest animals in the landscape disappear, the human brain must grow in order to hunt smaller and faster prey.

This hypothesis is that early humans preyed on large animals that would provide a lot of fatty food, such as elephants. When the number of these animals is reduced, people with larger brains (perhaps with greater brainpower) will be more likely to adapt and capture smaller prey, thus allowing patients with encephalopathy to survive longer.

This new hypothesis runs counter to the trend of human origin research. Now, many scholars in this field believe that the growth of the human brain is a response to many small pressures rather than one big pressure. But archaeologists Miki Ben-Dor and Ran Barkai of Tel Aviv University believe that major changes in the environment will provide a better explanation.

One of the authors of the study sent Live science an email. “We see the decline in prey size as a unifying explanation not only to brain expansion, but to many other transformations in human biology and culture, and we claim it provides a good incentive for these changes,[Scholars of human origins] are not used to looking for a single explanation that will cover a diversity of adaptations. It is time, we believe, to think otherwise,” he said.

The Barkai and Ben-Dora hypothesis is based on the assumption that the ancestors of humans, starting with Homo habilis and ending with Homo erectus, spent the early Pleistocene as experienced predators, killing the greatest and slowest prey Africa had to offer.

Megaherbivores, the researchers say in an article published in the Yearbook of Physical Anthropology, would provide enough calories and nutrients with less effort than foraging plants or hunting smaller prey. Barkai and Ben-Dor said modern humans are better at digesting fat than other primates, and that human physiology, including the acidity of the stomach and the structure of the gut, is indicative of an adaptation to eating fatty meat.

In another article, published in the journal Quaternary, scientists argue that the tools and lifestyle of the human species are consistent with the shift from large prey to small prey.

Overall megaherbivores weighing over 2,200 pounds. (1,000 kilograms) began to decline across Africa about 4.6 million years ago, with herbivores over 770 pounds. (350 kg) fell about 1 million years ago, the researchers wrote in their article. It’s unclear what caused this decline, but it could have been climate change, human hunting, or a combination of the two. When the largest, slowest, and fattest animals disappeared from the landscape, humans would have to adapt to smaller animals. Scientists say this change would put evolutionary pressure on human brains to grow as hunting small animals would be more complicated given that smaller prey is harder to track and catch.

Then, these growing brains will explain many behavioral changes throughout the Pleistocene. Hunters of small fleets of prey may need to develop language and complex social structures to successfully communicate the location of the prey and coordinate tracking. Better control of the fire will allow human ancestors to extract as many calories as possible from smaller animals, including fats and fats in bones. According to Barkai and Ben-Dor, tool and weapon technology will have to develop to allow hunters to put down and dress up mini-games.

When it comes to the brain, size is not everything. To complicate the picture, the shape of the brain also evolved during the Pleistocene, and some human relatives (for example, the Flores who lived in Indonesia now 60,000 to 100,000 years ago) had very small brains. Despite its small brain, H. floresiensis still hunts baby elephants and large rodents.

In the process of the Pleistocene, the human family tree was very complicated, with many branches, and the growth of brain size was not linear.

There are many assumptions about our brains. It may be that our environment is full of challenges, and we have developed the brain to conquer them. Perhaps it is because we can best survive as social animals in a group, so we need our brains to cope with complex social life. These theories and other theories may have played a role in our development, but we still really don’t know which came first or which is more important.

While the article draws attention to the fact that during the Pleistocene, the human species may indeed have hunted large mammals, no one knows whether humans actually killed large animals.