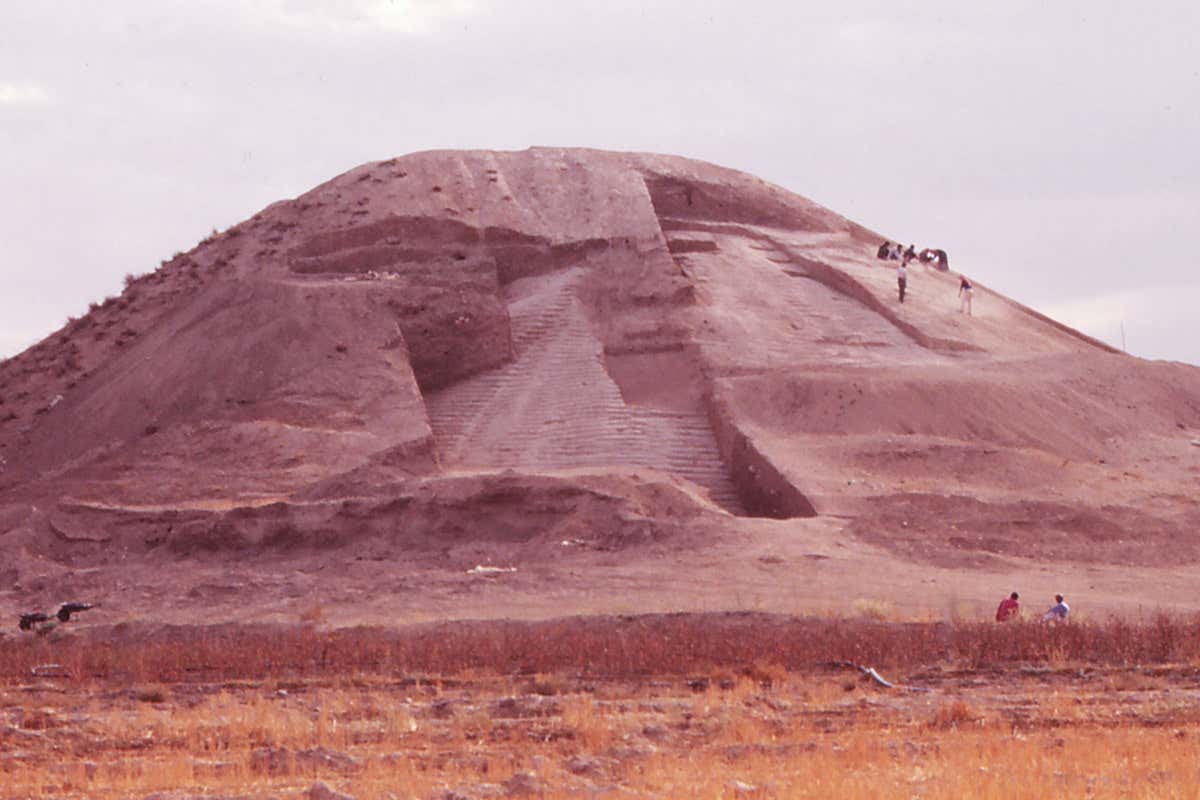 Archaeologists have identified a memorial monument built before 2300 BC in the Banat-Bazi region in Syria.

Known as the “White Monument” due to the white sheen of the materials used in its construction, the artificial mound was first excavated by archaeologists in the 1980s and 1990s.

Researchers say the mound was built in three stages. The first mound built was flat, and people built smaller mounds on top of them. These small mounds were filled with human and animal bones.

Although no such monuments have been uncovered, ancient Mesopotamian scriptures mention battle memorials where the remains of adversaries are stacked in heaps. The ‘White Monument’ at Tell Banat, on the other hand, appears to be a memorial to the settlement’s dead, rather than a place to bury adversaries killed in battle.

Researchers suspect the monument reflects “an internal conflict” rather than an invasion. At the time, hierarchical societies were emerging, creating “a tension between a community-based kinship society and then these narrowing elites who are in control”, they say.

Professor Anne Porter from the University of Toronto said: “These findings not only challenged some of the excavators’ assumptions, but also some traditional underpinnings of Near Eastern archaeology. This would have looked much like the Stepped Pyramid of Saqqara and was about the same size, but it was made of dirt, not stone.

The burials at the White Monument were carefully placed into a ritual setting alongside their military gear, sometimes alongside slinger’s pellets, and the skins of a kunga (a donkey-like equid breed often depicted pulling chariots).

“We recognized that there was a distinct pattern in the burials – pairs of bodies with skins of equids in one part of the monument, single individuals with earthen pellets in the other,” said Professor Porter, who suggested that the pairs buried with kunga skins may have been chariot teams.

Additionally, they found it was not a mass grave of those who fell in battle, but the deceased was deliberately reburied in the monument at a later point. The decision to carefully rebury the dead, likely with their military equipment, in a special addition to an existing monument, provides strong evidence this was an effort by the community to celebrate their warriors.