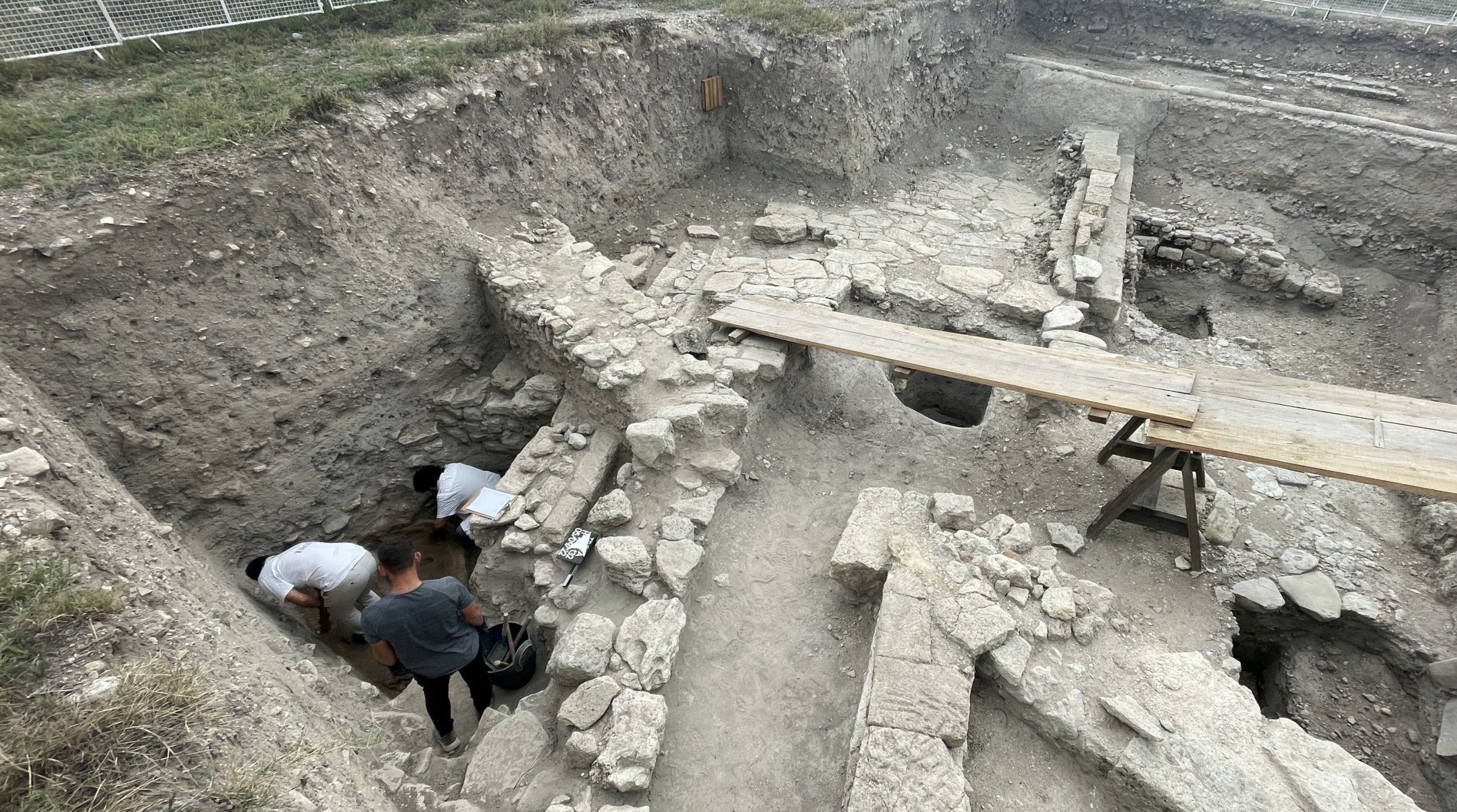 Remains of a 3,700-year-old domed oven were found in the ancient city of Troy, located in the Tevfikiye district of Çanakkale province, located in the northwestern part of Turkey.

Professor Rüstem Aslan, the head of the excavation, who unearthed the 5,500-year-old remains of the city, said it was the first time they had come across the remains of such a large domed oven during excavations this year.

The discovered domed oven bears traces of Anatolian culture. Troy’s connection with Anatolia was partly established by the findings of the German archaeologist Manfred Osman Korfmann, who led the excavations from 1988 to the early 2000s.

“The description that Korfmann made during his excavations that ‘Troy is Anatolia,’ was a major focus of the next 20 years of digging. Troy is an Anatolian culture,” said Professor Rüstem Aslan.

Aslan told Anadolu Agency (AA) that further excavations would be conducted to uncover the architectural dimensions of Troy, emphasizing that it was “shaped by the Anatolian culture in and after the Bronze Age.”

The oldest domed ovens so far found in Troy date back to 2000 B.C., about 300 years earlier than Aslan and his team’s latest discovery.

Aslan said architectural developments in Troy, where archeological excavations have been going on for 150 years, pointed to changes in the city’s culinary tradition during the period identified with Anatolian culture.

Troy was the first site where prehistoric period excavations were conducted and turned into a science. Troia and its environs were designated a National Historical Park by the Turkish government on September 30, 1996, and were added to the UNESCO World Heritage list in 1998. Between the years 3.000 BC and 500 AD, the ancient city of Troy was continuously inhabited due to its strategic geographic location.

Kerpiç (sun-dried bricks) was used during the construction of the walls of houses in the settlements. Therefore after a long chain of settlements, an artificial hill was composed containing the different layers of the city. After the excavations were carried out 10 different city layers and more than 50 building phases were identified.

These cities in short: Troia I – III (Littoral Troia Culture): This name was especially given due to the distribution of settlements in the Mediterranean region. This period starts nearly 3000 BC and ends in 2500 BC. Troia IV – V: Anatolian Characterized Troia Culture: It begins in 2100 BC and continues until the 1700’s BC. Troia VI-VII (From 1700 BC to 1100 BC) was defined as High Troia Troia Culture by archaeologists. After a gap of several centuries, the settlement of Greeks in Troy VIII continued from 700’s BC to approximately 85 BC. In Troia IX, there was a Roman settlement from 85 BC to 500’s AC.

In Troy X the Byzantine settlement which started in the 12th century continued to the 13th century. After this time, due to great political changes in that period, Troia lost its importance in cultural life. Especially European intellectuals’ growing interest in Troia after the 17th century, culminated with Heinrich Schliemann and this importance has continued to the present day.

Turkish Ancient Cemetery will be İntroduced to the World

We would not be exaggerating if we say that Ahlat, which is a naive district of Bitlis on the shore...