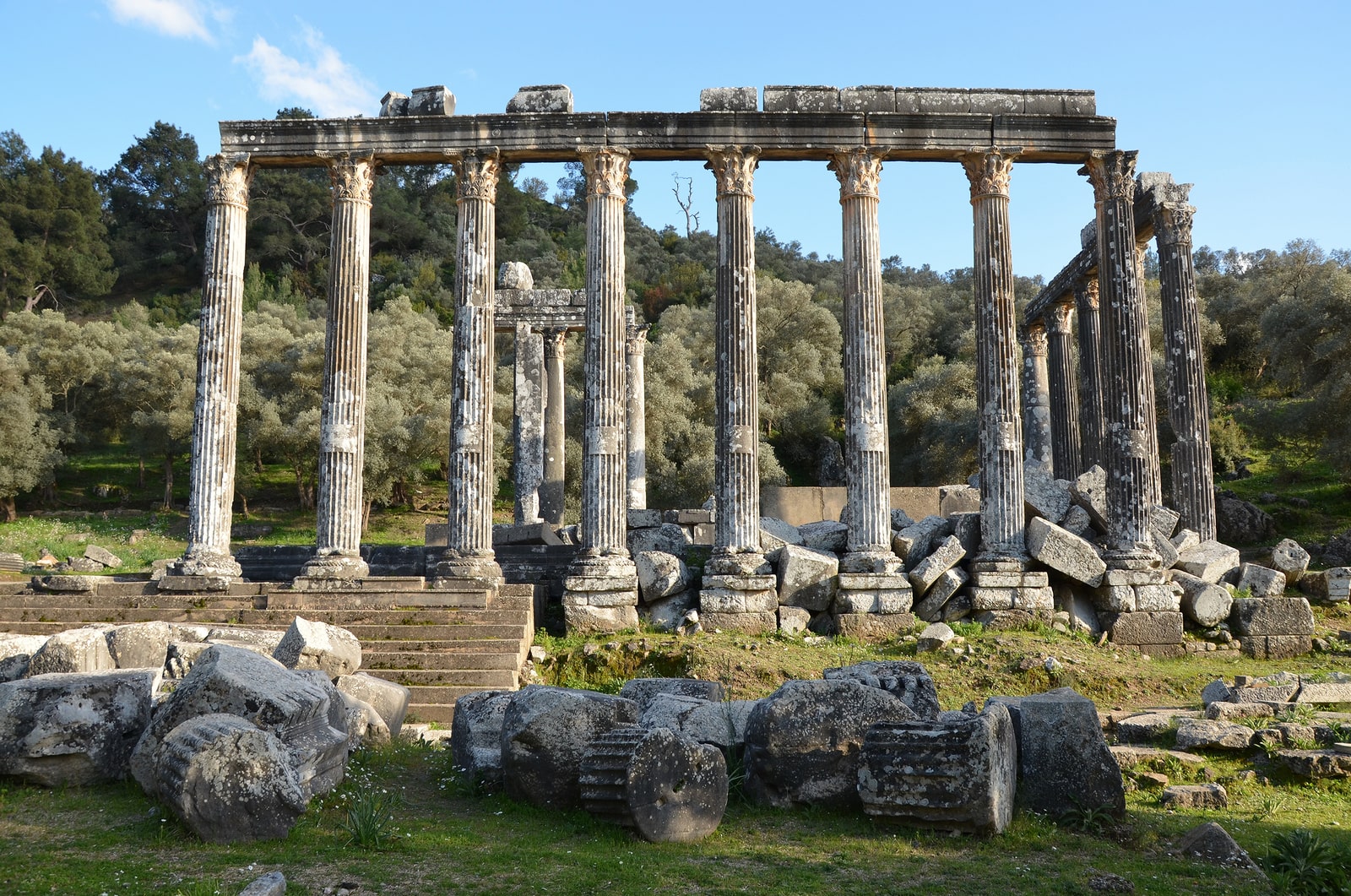 Two 2,500-year-old marble statues and an inscription have been found during excavations at the ancient city of Euromos, in Turkey’s western Mugla province.

The artifacts unearthed during the excavations in the Temple of Zeus Lepsynos, one of the best-preserved Roman temples in Anatolia, came as surprise to the world of archeology.

Abuzer Kizil, head of the excavation committee and faculty member at Mugla Sitki Kocman University’s Department of Archeology, told Anadolu Agency (AA) on Sunday that the artifacts were found during the restoration efforts unexpectedly, and came as a surprise to the world of archeology.

“We have unearthed two very important links of the missing archaic sculpture of the Caria region, and an inscription dating to the Hellenistic period,” he said.

Kizil added that the sculptures were categorized as kouros, a modern term given to free-standing ancient Greek sculptures.

“One of the two kouros unearthed at Euromos is naked, the other is wearing armor and a short skirt. The armor is made of leather and it is remarkable that both statues have a lion in their hands. Iconographically, the lion holds great significance … we have not been able to find exact copies of either of the statues so far,” Kizil said.

He said the naked statue has a lion in his hand indicating it is most likely Apollo.

Kizil said the inscription from the Hellenistic period is expected to reveal important insights on the Carian history, and efforts to decipher it are continuing.

We have shared with you the moment of the discovery of the statues. For details… 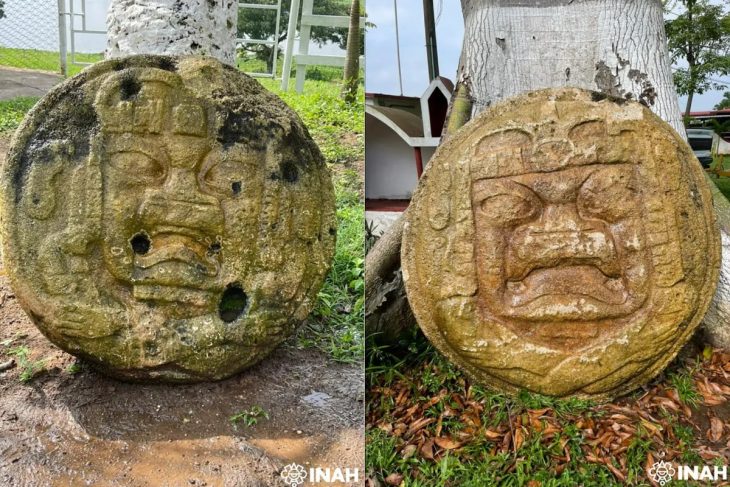 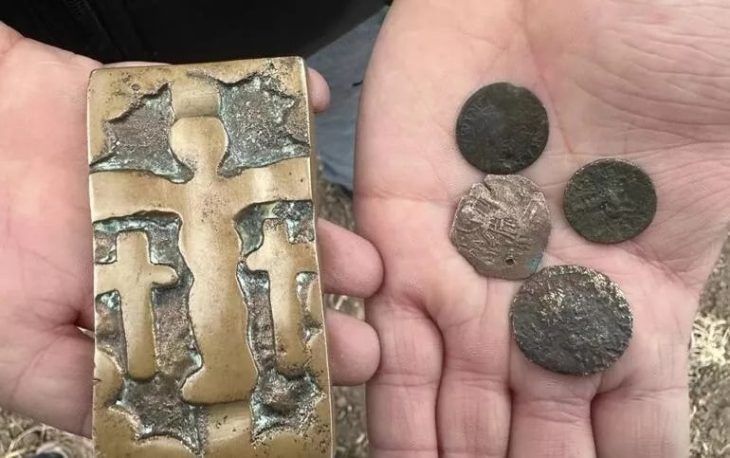