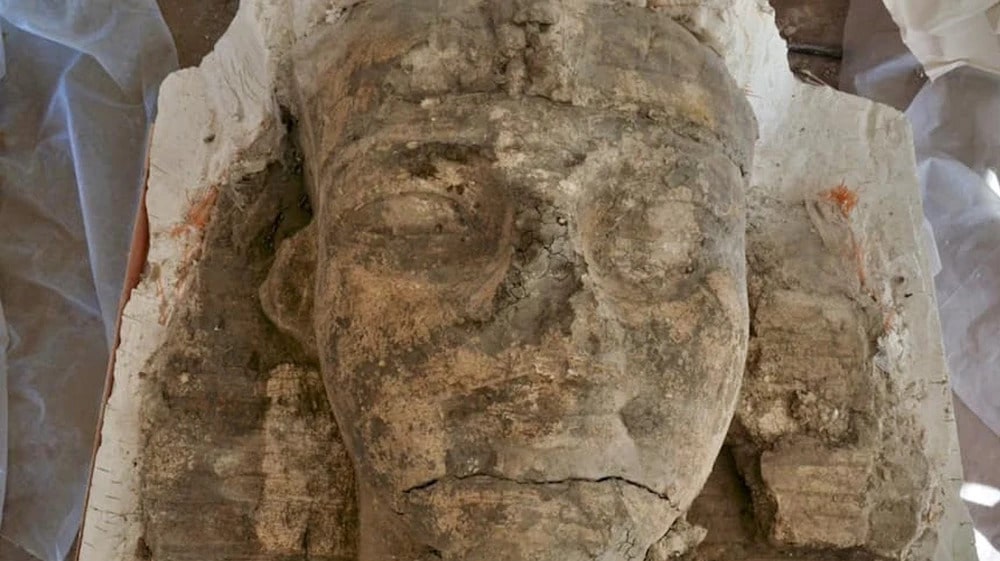 Archeologists have discovered the remains of two huge sphinx statues, each measuring 26 feet in length, at the funerary temple of King Amenhotep III in western Luxor, according to a recent statement from the Egyptian Ministry of Tourism and Antiquities.

A German-Egyptian team of researchers, led by archaeologist Hourig Sourouzian, found the sphinxes partially submerged in water at the funerary building, known as the “Temple of Millions of Years,” located within the vast ruins of Luxor, Egypt, which includes the ancient city of Thebes.

The discovery of the sphinxes is part of a decades-long effort to restore the temple and the Colossi of Memnon, which are two gigantic stone statues of Amenhotep III that mark the entrance to the funerary complex.

The sphinxes are also representations of Amenhotep III, who is shown adorned with a mongoose headdress, a royal beard, and a broad necklace, according to Egypt’s Ministry of Tourism & Antiquities. During the cleaning and restoration process of the statues, Sorosian and her colleagues came across an inscription that reads “the beloved of the god Amun-Ra,” which is the royal name of Amenhotep III.

Three almost intact sculptures of the goddess Sekhmet, the lion-like guardian of the Sun god Ra, and the remnants of a large pillared hall were also uncovered at the site. Still legible on its sandstone walls are a series of images depicting the royal jubilee, or heb-sed, an ancient Egyptian festival that recognized—and renewed—the king’s right to rule.

Dr. Horig Sorosian, head of the mission, emphasized the importance of this discovery, as the discovery and discovery of two huge statues in the form of the Sphinx confirm the presence of the beginning of the procession road, which lies between the third edifice of the temple and the courtyard of the columns, in which the celebrations of the Beautiful Valley Festival were held every year. As well as the celebrations of Valentine’s Day-dam for the king in the last ten years of his reign.

The festival was traditionally celebrated on the thirtieth year of the pharaoh’s reign, though most died before the occasion. Amenhotep III, who ruled from 1390–1353 B.C.E. in the 18th Dynasty, was among the few who survived to stage the feast, and scholars believe his heb-sed was the most elaborate in history.