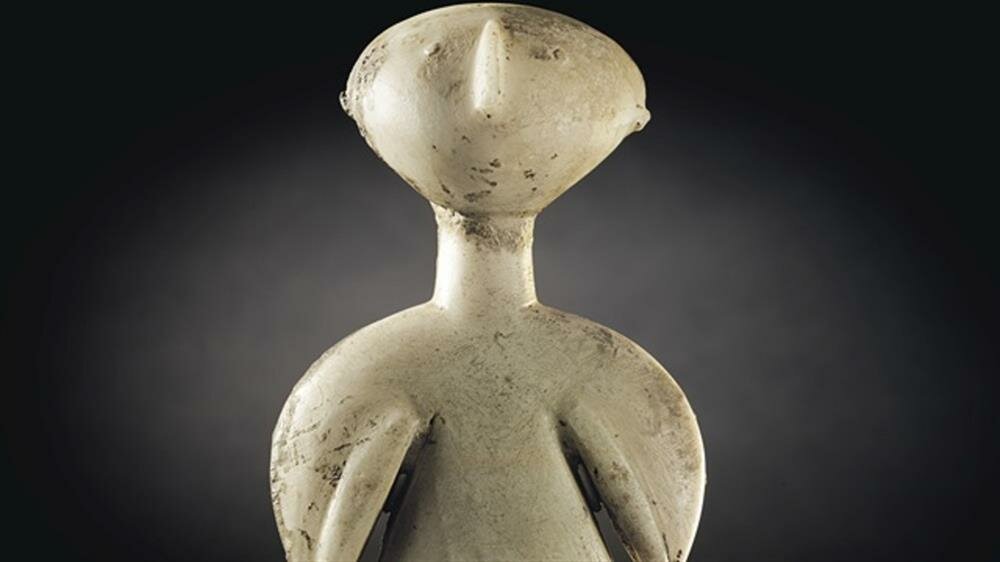 The “Kilia İdols”, which are among the small artifacts belonging to the prehistoric periods of Anatolia, has been introduced to the scientific world since the 19th century.

These idols were first found in Kilia, near Eceabad, on the Gelibolu peninsula and they are called by the name of the place where they are located.

These works, also known as “tepegöz” in Turkey, are known as “Stargazer” abroad.

These idols, which are not well known in Turkey, were found by an American archaeologist in Kilia at the end of the 19th century and took them to the American Archaeological Institute in Athens. Archaeologists from the Cycladic Art Museum in Athens dated this idol between 4360 and 3500 BC.

Famous German archaeologist Prof. Dr. For Manfred Korfman Kilia idols: “These should be examined with burnished-decorated pottery. It is certain that this species belongs to the Bronze Age transition period ” he said. The broken idol fragment found in the Chalcolithic layer of Antalya Karain Cave also supports this view.

The characteristic features of these works are that they are 10-17 cm high, depict a standing human being, and the female gender is engraved in a triangle. The head of this type of figurine is in the form of a flat rhombus, and the arms had raised towards the chest by curling like wings.

Their shoulders are low and rounded. Their noses are in the form of a small protrusion and their ears are depicted with a pointed tip. In the “Kilia Type” figurines, the eyes are shown with small bumps and the mouth and breasts are not made very prominent. The separation points between the two legs and between the upper arm and the lower arm are marked with a scraping line. As mentioned in many examples, the feet are shaped like a triangular protrusion. In general, alabaster or white marble was used in its construction.

Until now, no other work made of precious metals has been found, except for a 4.5 cm long “electrum” (mixture of silver and gold) figurine, except for marble. This work was sold in New York in 1966.

It was none other than the American antique dealer J.J Klejman who sold the statue. Klejman also sold the “Treasure of Karun”, which he had smuggled out of Turkey, to the New York Metropolitan Museum.

There is one more unusual sculpture in Kilia figurines. Prominent “breasts” are seen in this figurine. This idol is exhibited in the Boisgirard museum in Paris. This figurine was also included in the collection of the museum by purchase.