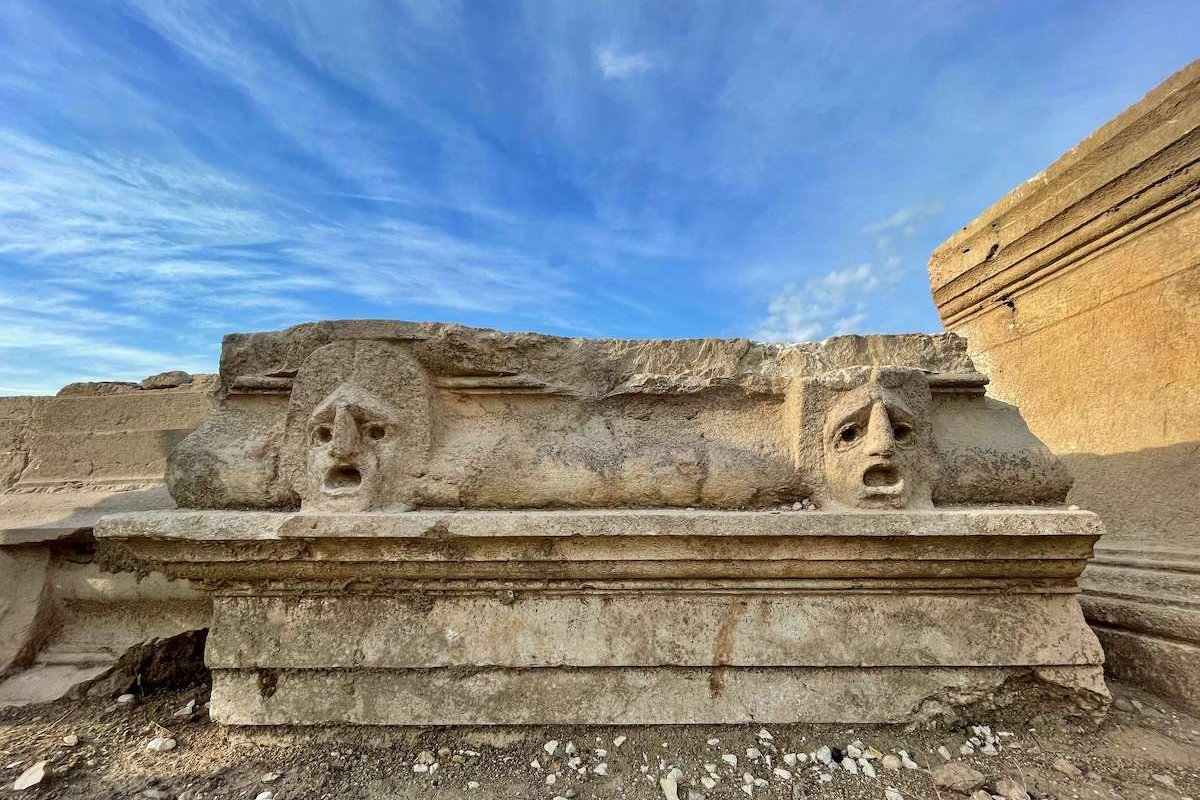 In the ancient city of Kastabala (Castabala), which dates back to 500 BC, located in Turkey’s southern province of Osmaniye, archeologists have unearthed relief masks depicting comedy and tragedy plays.

While the ancient city’s theater was entirely uncovered during excavations, the discovery of ten relief masks here sparked tremendous excitement. It was determined that the masks depict the theater plays staged at that time, with frowning masks made for tragedy while smiling masks were for comedy.

Speaking to Anadolu Agency (AA), Dr. Faris Demir, the head of the excavations and an academician at the Osmaniye Korkut Ata University (OKÜ) Department of Archaeology, said that the ancient city of Kastabala is the most important sacred city of the Cilicia region in southern Anatolia.

“These masks represent the drama and comedy plays performed in the theater,” Faris Demir.

Noting that in the theater area, the orchestra, stage building, and parados — entrance roads on both sides of the orchestra — that provide the entrance to the theater have been exposed to a great extent, Demir said: “Many architectural pieces belonging to the theater were moved to the stone sorting area for restoration and conservation purposes.”

“One of the important remains we found is the inscribed statue ground dedicated to the Roman Emperor Hadrian by the people’s assembly,” he added.