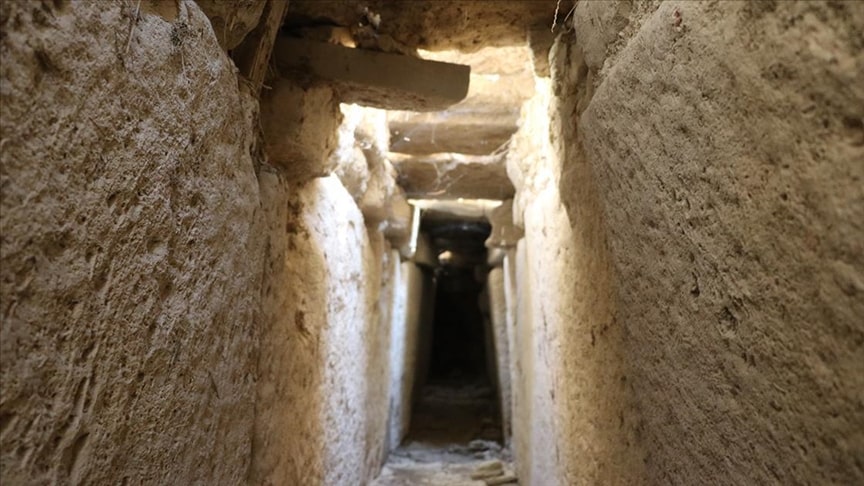 The archaeological excavations carried out in the ancient city of Tripolis in the western province of Denizli’s Buldan district have unearthed the Roman-era sewage system.

The excavations have been carried out throughout the year in the ancient city under the direction of Bahadır Duman, associate profession at the Pamukkale University’s Archaeology Department.

Duman told the state-run Anadolu Agency that they had been working in three areas. “While working in the sanctuary, which we can call the heart of the city, we found various finds dating back to the Hellenistic era. A sewer system was detected right under the 1-kilometer-long Colonnaded Street, which is one of the main roads of the city. This year, we cleaned a part of it during the excavations. The gigantic sewer has dimensions that a person can easily enter and walk through,” he said.

Duman stated that all the wastewater of the city was collected in this main sewer system and transferred to Buldan Stream and from there to the Büyük Menderes River at that time.

Noting that the sewage system reveals the Roman architecture and engineering, Duman said: “The difference of the system in Tripolis from the others is that it is still intact. The main sewer system is one of the rare examples, which makes it important. The city has two 9-meter-wide streets that we have found so far. We believe that this system was made to provide a clean environment. We are planning to open the sewerage systems under all the main streets within five years.”