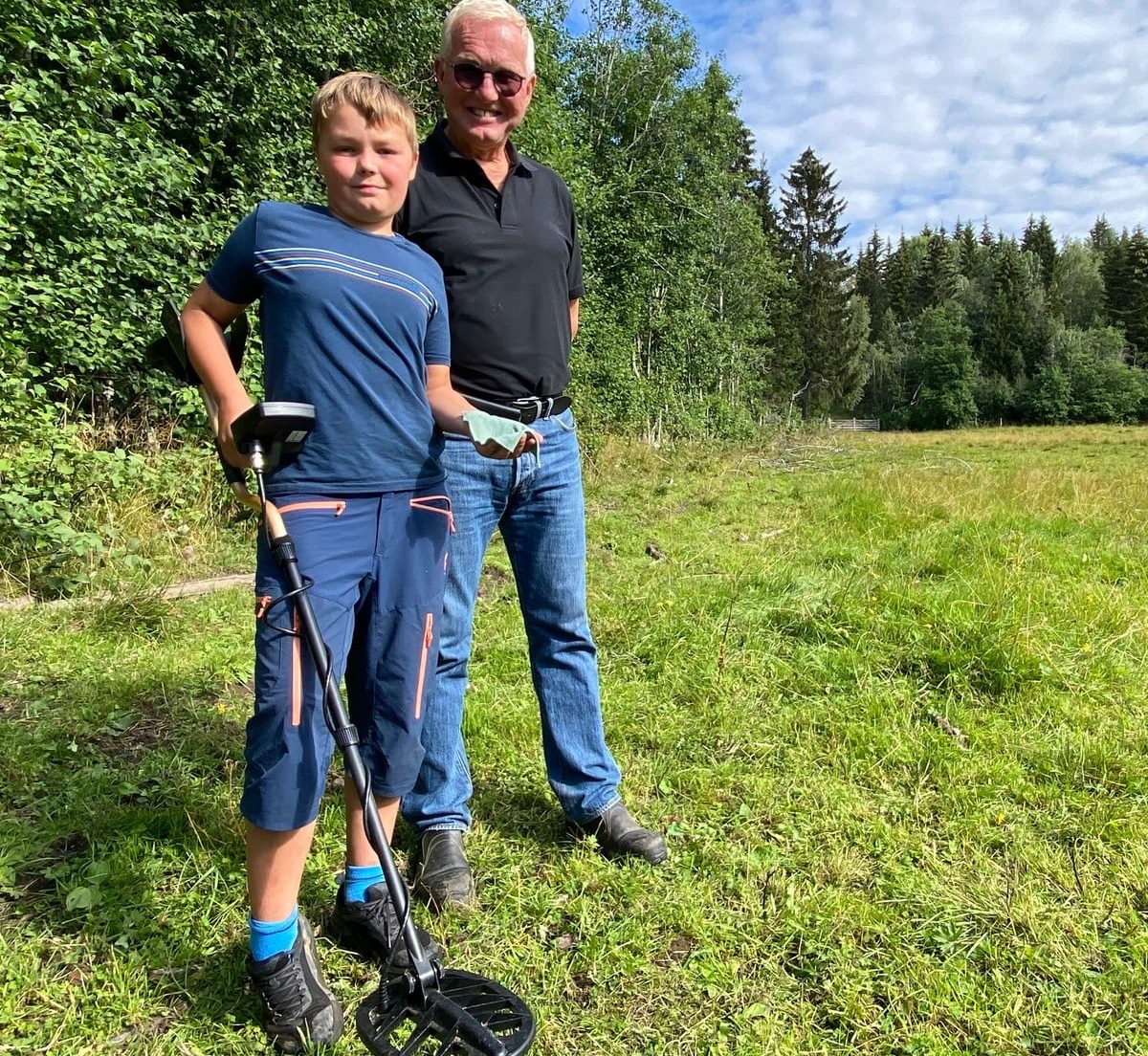 The golden ring from the late Roman period, also known as the Migration Period, is thought to be proof that wealthy and powerful individuals existed in Northern Europe at the time.

Twelve-year-old Sander Magnus Vang from Inderøy in Trøndelag County was looking for the ring of his grandfather, Tomas Vang, who lost his wedding ring this winter.

Grandson Sander (12) has a metal detector and is looking for the ring this summer. When he found gold on the ground, started beeping. “I got a very loud sound”, he told national broadcaster NRK.

His grandpa, Tomas Vang, said he had been hoping to reclaim his wedding ring, which he had misplaced this winter, but he was pleased with the “wonderful find.”

They quickly reported the discovery to archaeologists to ensure they hadn’t done anything illegal.

“We don’t get so many inquiries of this kind, so this is a bit special,” archaeologist Hanne Haugen of the cultural heritage section in Trøndelag county municipality told NRK.

The archaeologist estimates the ring to be about 1500 years old. That’s why it probably dates from late Roman times or migration times, Haugen says.

Archaeologist Hanne Haugen, “It looks like it was originally a small finger ring in gold. And then there are twisted thin gold strips around, which we interpret as payment gold. So probably this is simply currency to pay for goods and services,” she mused. “It says that there have been people who have had resources, relatively powerful or rich people. There is quite a lot of gold in this ring. Here we have great value that someone has lost, hidden, or sacrificed 1,500 years ago,” she said.

The ring will be returned to the NTNU University Science Museum after being X-rayed and cleaned.